International trade consultant Yael Smadja provided her latest insights on the Mexico/US and other international trade relationships. We also had a winner in our Queen of Hearts game for the 2nd week in a row. Please read on…

After President Pat led us in the Pledge of Allegiance, M Craig offered the 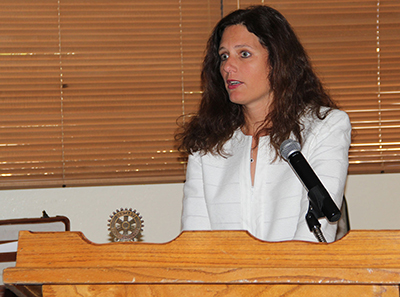 Invocation for this week 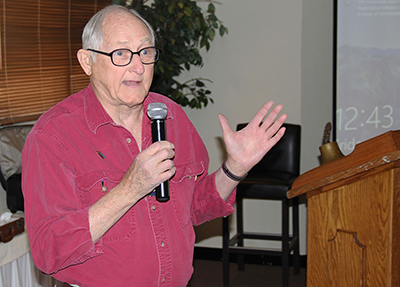 “The answer is South Dakota….now what was the question?”

In between the South Dakota tourism segments, Bob Stofft raised about $50 from several deserving victims.

After blowing hundreds of dollars in unsuccessful pursuit of the big pot, Dick Carlson won the smallest on record, $37.50!

The club was treated to a thoughtful presentation from a trade consultant, Yael Smadja, on our neighbor, Mexico.  Mexico has a key presidential election coming up on July 1.  Unfortunately, Trump’s anti-NAFTA and anti-Mexican rhetoric are playing major roles in the election, contributing to the current lead of Lopez Obrador, Mexico’s most anti- American and anti-business candidate in decades.   NAFTA renegotiation is underway now and Obrador is demanding that nothing be agreed before the election.  At the same time, the U.S. is considering rejoining the Trans-Pacific Partnership (TPP) and starting a trade war with China.

Everything is up for grabs in Mexico. Mexico is the 2nd largest US export market.  Immigration from Mexico has stabilized to net zero now. Mexico is the key to controlling immigration from Central America.  The US could be starting an inflationary boom, but Mexico is at risk.  Mexican growth slowed in 2017 and Mexican violence is still growing. Current Mexican President Nieto is very unpopular.  The NAFTA issue is still hot but everyone may want to delay a deal.  Mexico is diversifying its trade.  Both Mexico and Canada are going ahead with TPP and are cutting deals with the EEC.  Ending NAFTA would be a problem for all, but especially Mexico (and Arizona). The Mexican election makes a near term NAFTA deal impossible.  Obrador might win.  Corruption and crime are the big issues.  Obrador is campaigning to stop U.S. energy investments. PRI candidate Meade is a competent technocrat, who never ran for office before.  He’s number 3.  The number 2 candidate, Anaya is a 39 year old PAN left coalition candidate. He’s #2. Trump actions have led to anti-US feeling in Mexico that will last for a long time.