In 1990, 17-year-old Kirsti Johanna Pohjankukka left Finland for a year in Tucson, Arizona, as part of Rotary International’s Youth Exchange Program. She was sponsored by the Catalina Rotary Club and divided her time between three host families during her stay.

Rotary Youth Exchange builds peace one young person at a time. Exchange students learn new languages, are immersed in other cultures, and truly become global citizens. Exchanges for students ages 15-19 are sponsored by Rotary clubs in more than 100 countries. 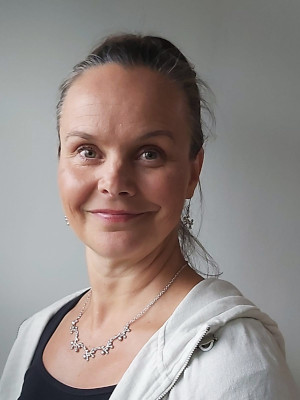 Kirsti’s experience in Tucson certainly helped build a strong foundation for her future efforts. On August 6, 2020 she was appointed Director General for Human Resources at the Ministry for Foreign Affairs in Finland. Kristi had been serving as Director of the Legal Service Unit for EU and Treaty Law since 2018.

Before that, she was Deputy Head of Mission at the Finnish Embassy in Copenhagen in 2015–2018. In 2011–2015, Kirsti worked at the Finnish mission in Vienna, where her responsibilities included matters relating to the International Atomic Energy Agency’s peaceful use of nuclear power and drug and crime questions handled by the United Nations. In 2007–2009, she served in the Ministry’s Unit for Human Rights Policy and handled matters relating to the UN and human rights.

Kirsti joined the Ministry for Foreign Affairs in 2005. Previously she worked, among other things, for the UN in the UN headquarters in New York and in Darfur, and in the headquarters of the Finnish Red Cross in Helsinki. She holds a Master of Laws degree.

Kirsti has never forgotten her time with the Catalina Rotary Club in Tucson – in fact, she visits whenever she gets the chance. While in Tucson, she nicknamed herself the Finn. A letter she wrote to host parents Al & Sharyn Chesser shortly after returning home shows the impact of her Youth Exchange experience: So how are things going in the good old Tucson? I hope fine, although I’m sure it’s hard to make it without the Finn. Anyway, I know the Finnish girl misses Tucson a lot! When I left Tucson, the poor air stewardess had to keep on handing me napkins to prevent the plane from getting flooded.

Beer Sales 2020: Serving up cold ones for charity

Beer Sales 2020: Serving up cold ones for charity