President Bob Grady opened the meeting with a rousing clang of the Catalina Rotary Club bell on or about 1:10 pm.

PDG Rotarian (D6440) Pam Kerr announced she was newly named Ambassador of RI Health Rays Project in Guatemala. Pam is now eligible to become a Catalina Rotarian. Hmmm who will sponsor her?? We welcomed back Aleta Doroudian, former Catalina Rotarian and guest of Maria Elena McElroy. Dick Carlson brought along his wife, Pat Carlson. Julie Scott, a Rotarian from Fairbanks Alaska who learned to make tamales in the Chesser’s kitchen, was a guest of the Carlsons. Bill McGibbon, a Rotarian from Green Valley and owner of the Santa Rita Ranch, announced that his grandsonwas just accepted to the Naval Academy!

Norm Rebenstorf entertained us with Valentine trivia. What was the fate of St. Valentine? What is the origin of “wearing your heart on your sleeve”? Who sent the first valentine? Norm declared he found a priceless treasure when cleaning his house to move. He auctioned off his Catalina Rotary Copper “flag”- a one-of-a-kind design in the Rotary world made by our own Doug Jones. The bidding was intense and rapid especially between Andy Kerr and Arturo Mojica. Andy took the prize but Al Chesser offered up a second CRC copper flag for Arturo so the Rotary Foundation is smiling BIG! Thank you Andy & Arturo!!

Membership Chair Jimmy Muñozcano (assisted by PDG Kirk Reed, led the induction of Audrey Tolouian – Nurse Educator (online for University of Texas). Her husband Dr. Ramin Tolouian presented Audrey with her red badge and sponsor Sharyn Chesser pinned her! Audrey and Ramin moved to Tucson about a year ago. They have three daughters, two of whom are also here. Audrey loves to workout, knit, paint and create stained glass. She grew up in a Rotary family and her father encouraged her to join Rotary! Audrey and Ramin really stepped up for beer selling on the15th in Cowboy Booth # 5. Audrey also enrolled in the 2020-2021 Wellness Training (Capacitar). Audrey, we are thrilled you chose Catalina RC!!!

Please share the fun and help sell beer. We need help on the 22nd & 23rd as well as the golf tournament. Check your email for online sign-up thanks to Arturo Mojica and Bob Delaney. So saddle up and come sell beer!! All hands on deck. Thank you notes from RYLA scholarship recipients Ariana Morales of Tucson High School, Grace Jurgens of Catalina Foothills HS (granddaughter of Russ & Linda Murphy), and Gabriel Mojica of Basis HS (son of Maria & Arturo Mojica) were passed around and enjoyed by club members.

Rotarian of 35 years, Richard “Dick” Carlson presented his economic forecast for the year. He is the past president and current chairman of Spectrum Economics, Inc. During his long and distinguished career, Dick specialized in litigation support for and analysis of regional economics (particularly in the Western United States), the technology sector, real estate, medical care, and energy. His research includes regional economic forecasting, industrial forecasting, technology forecasting, energy demand, real estate analysis, strategic planning and economic development. As a consultant, he covered a broad range of issues concerning structural change in the economy and the interaction among the environment, new technologies and regional patterns of economic growth. He was no stranger to the White House.

President Bob closed the meeting with this quote by Franklin Delano Roosevelt: “In our personal ambitions we are individualists. But in our seeking for economic and political progress as a nation, we all go up or else we all go down as one people.”

Click on a photo to open the gallery and read the captions. 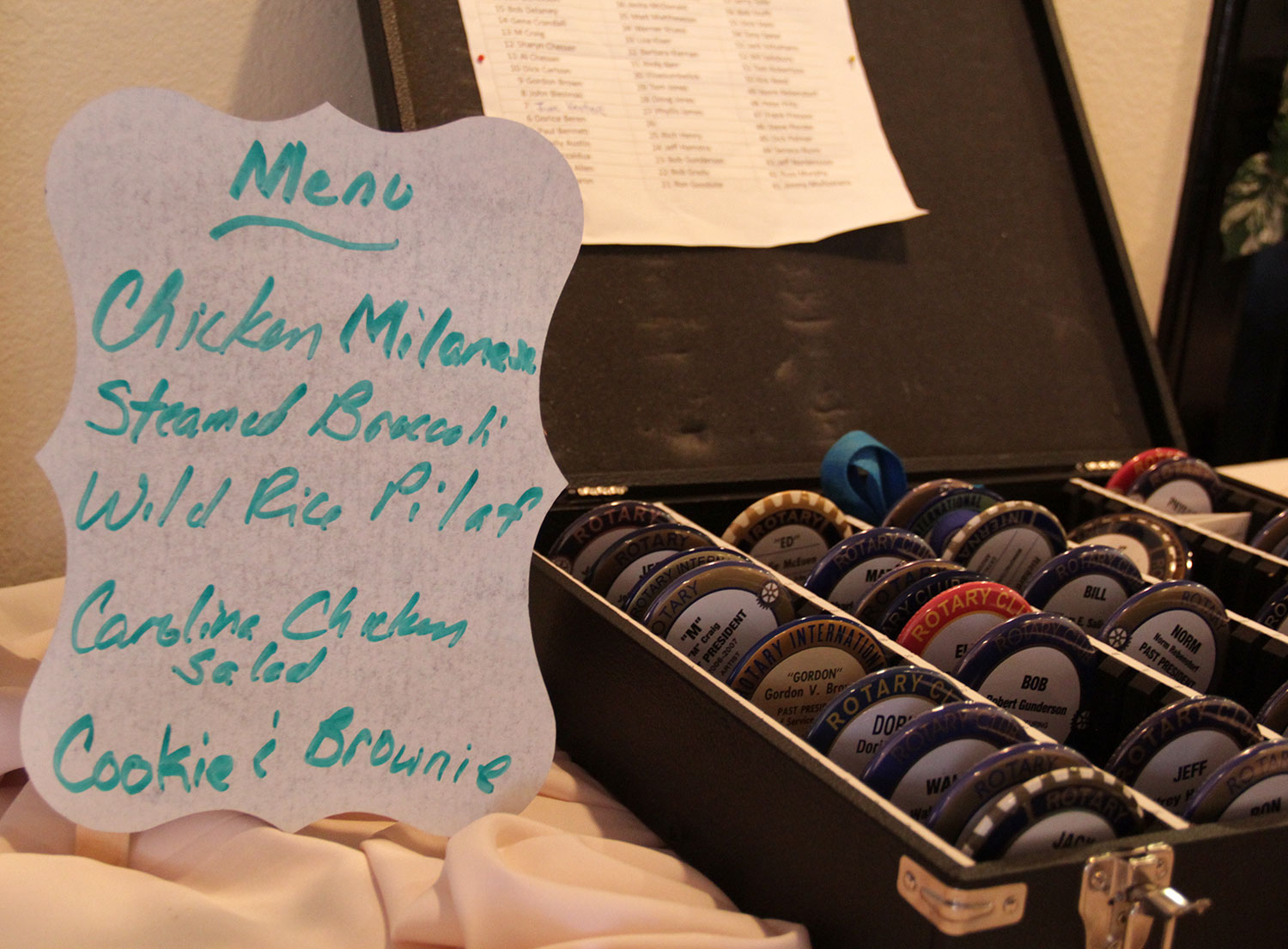 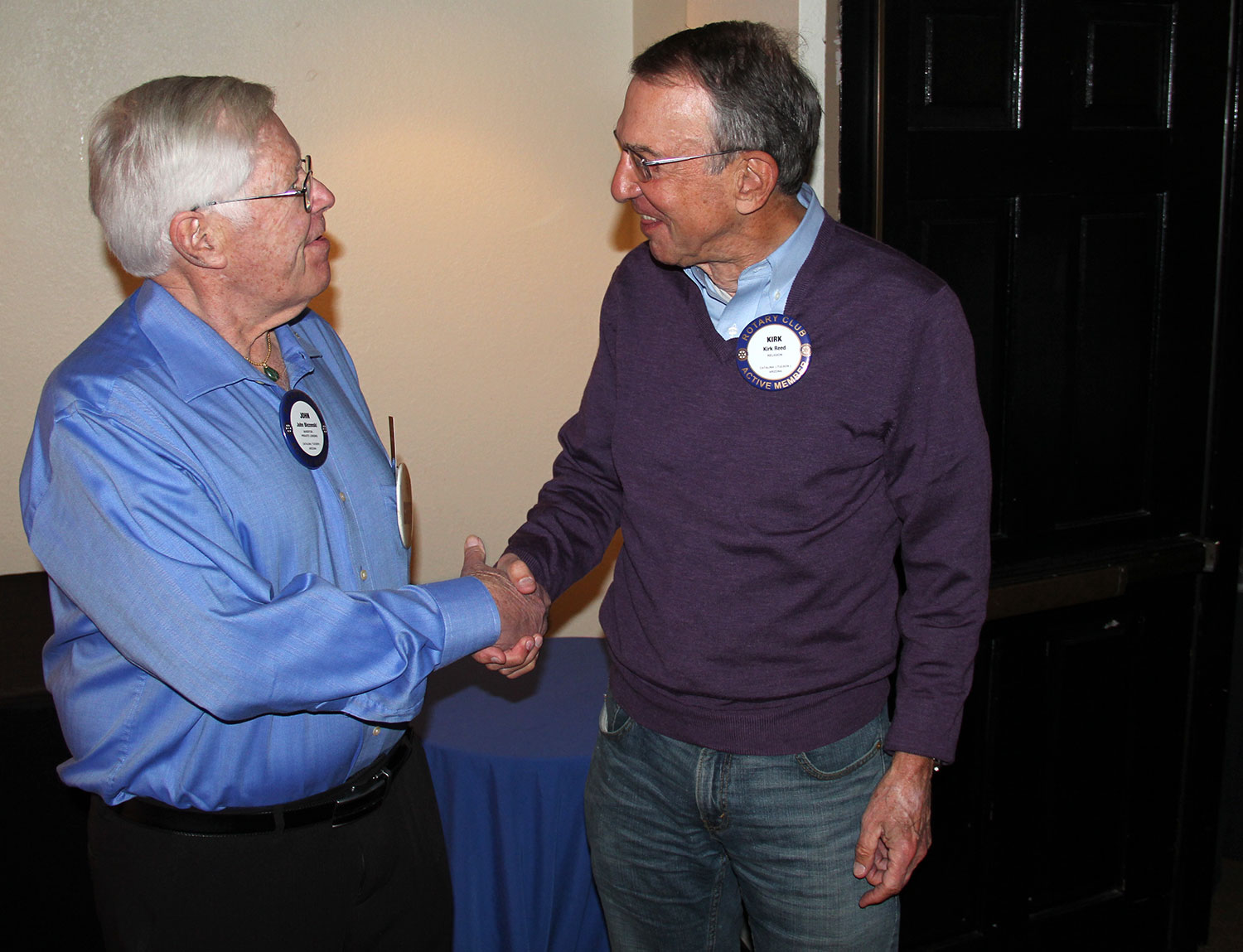 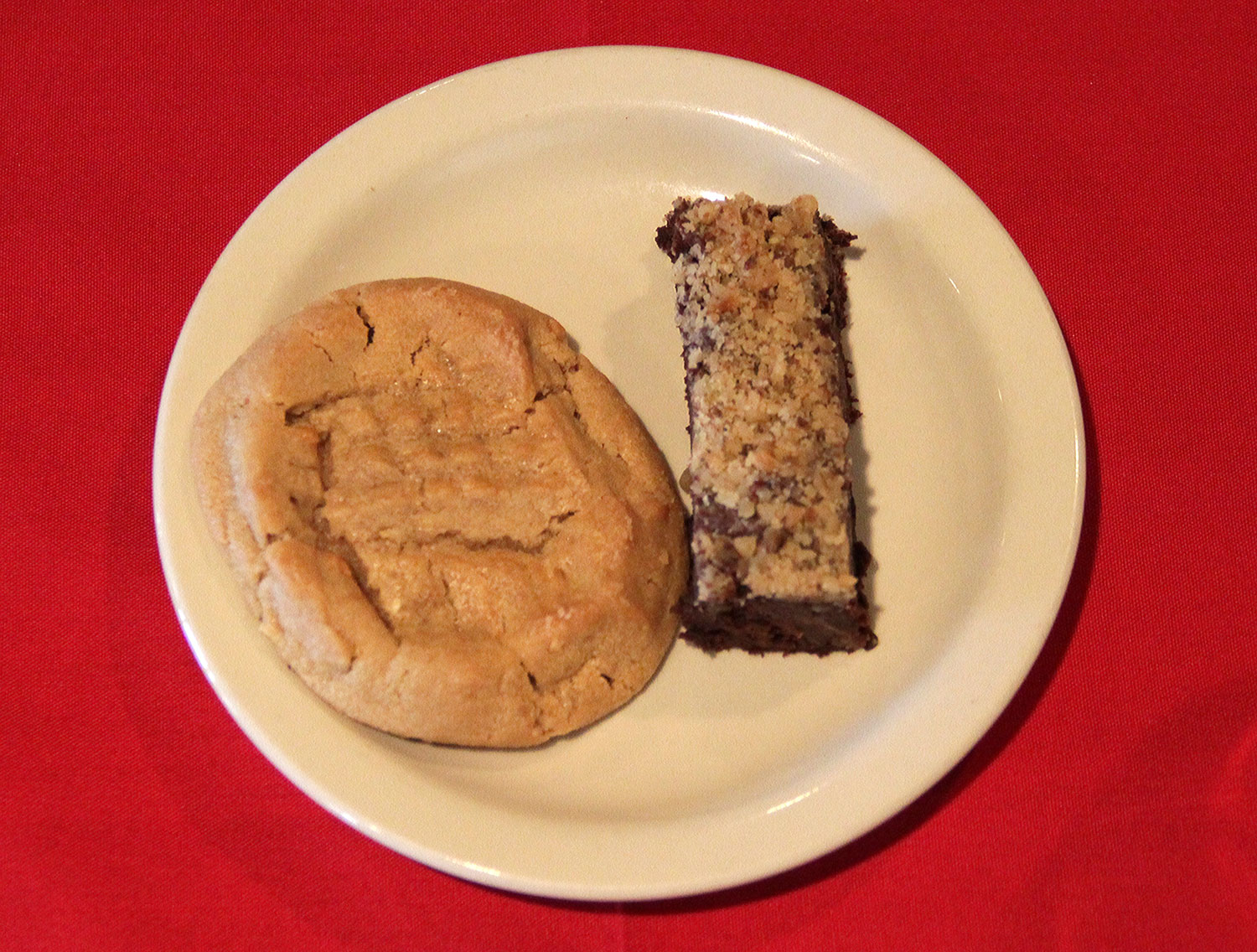 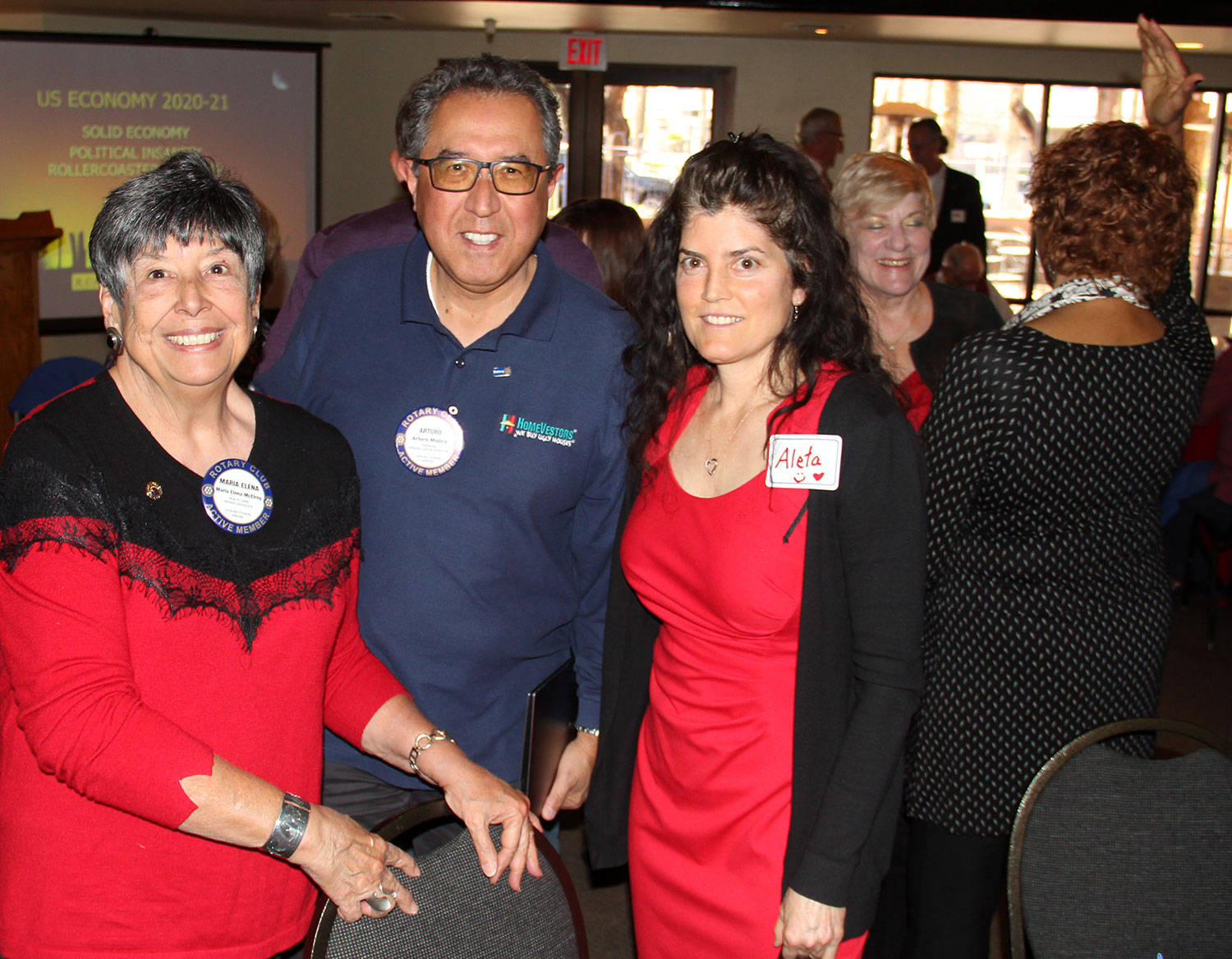 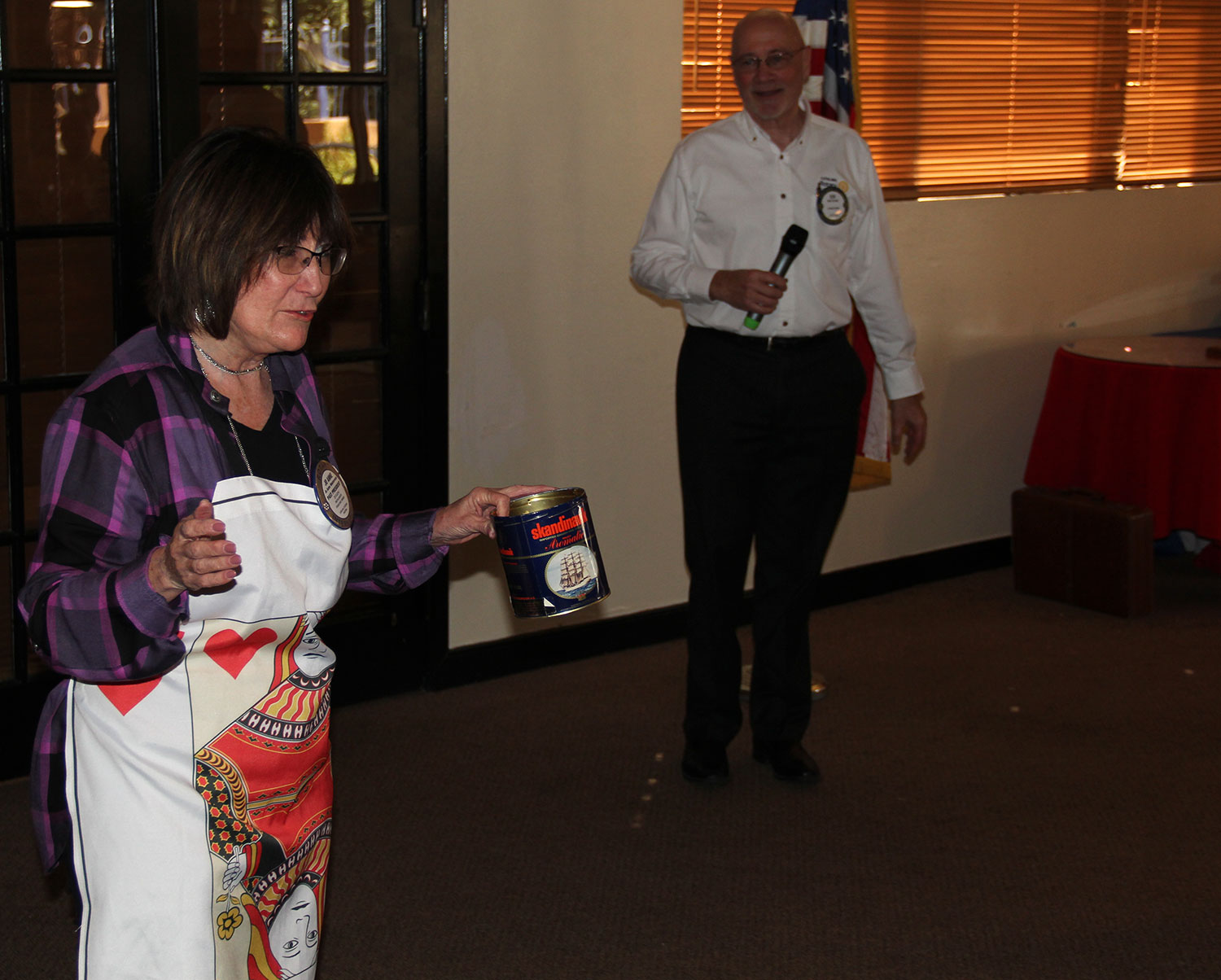 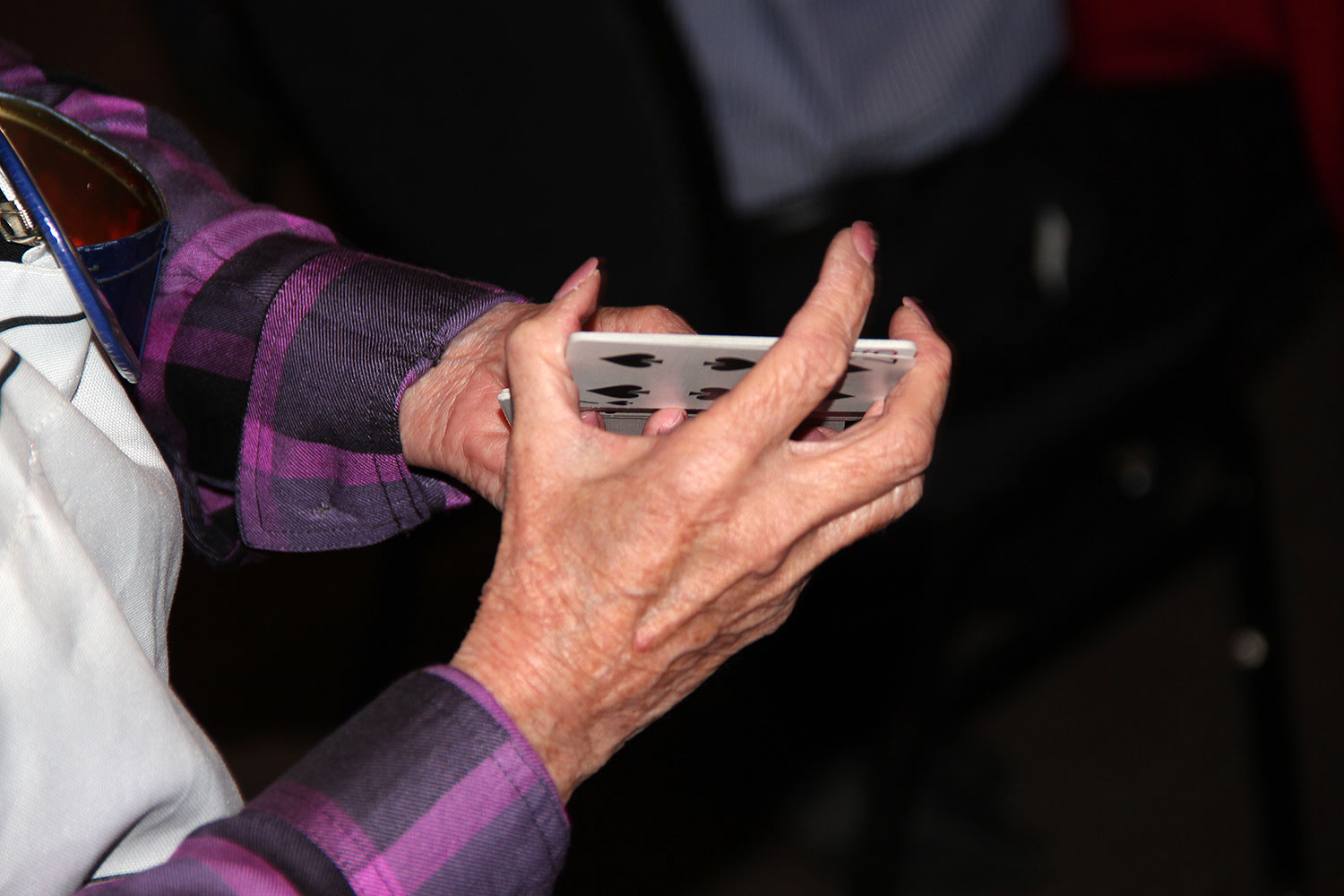 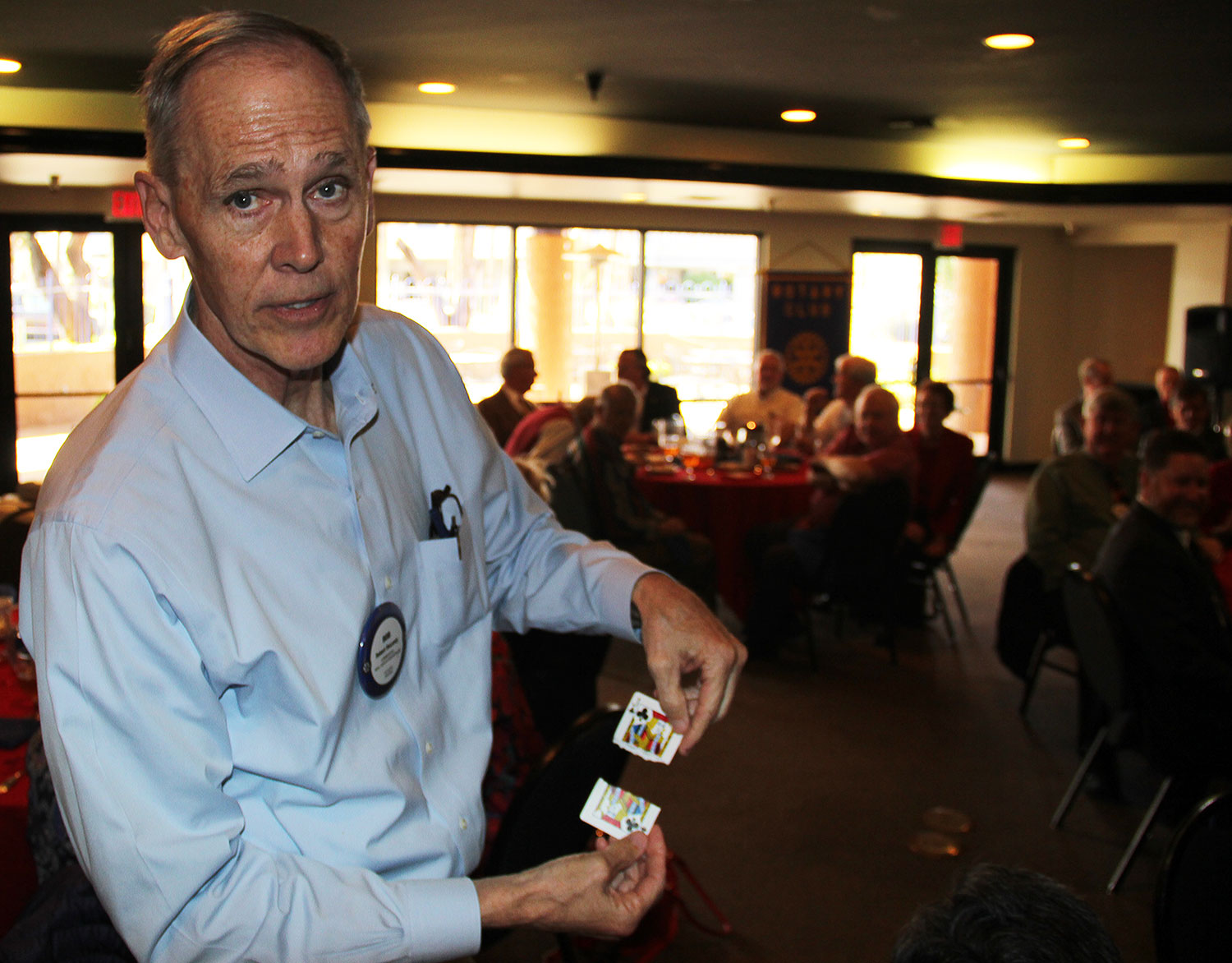 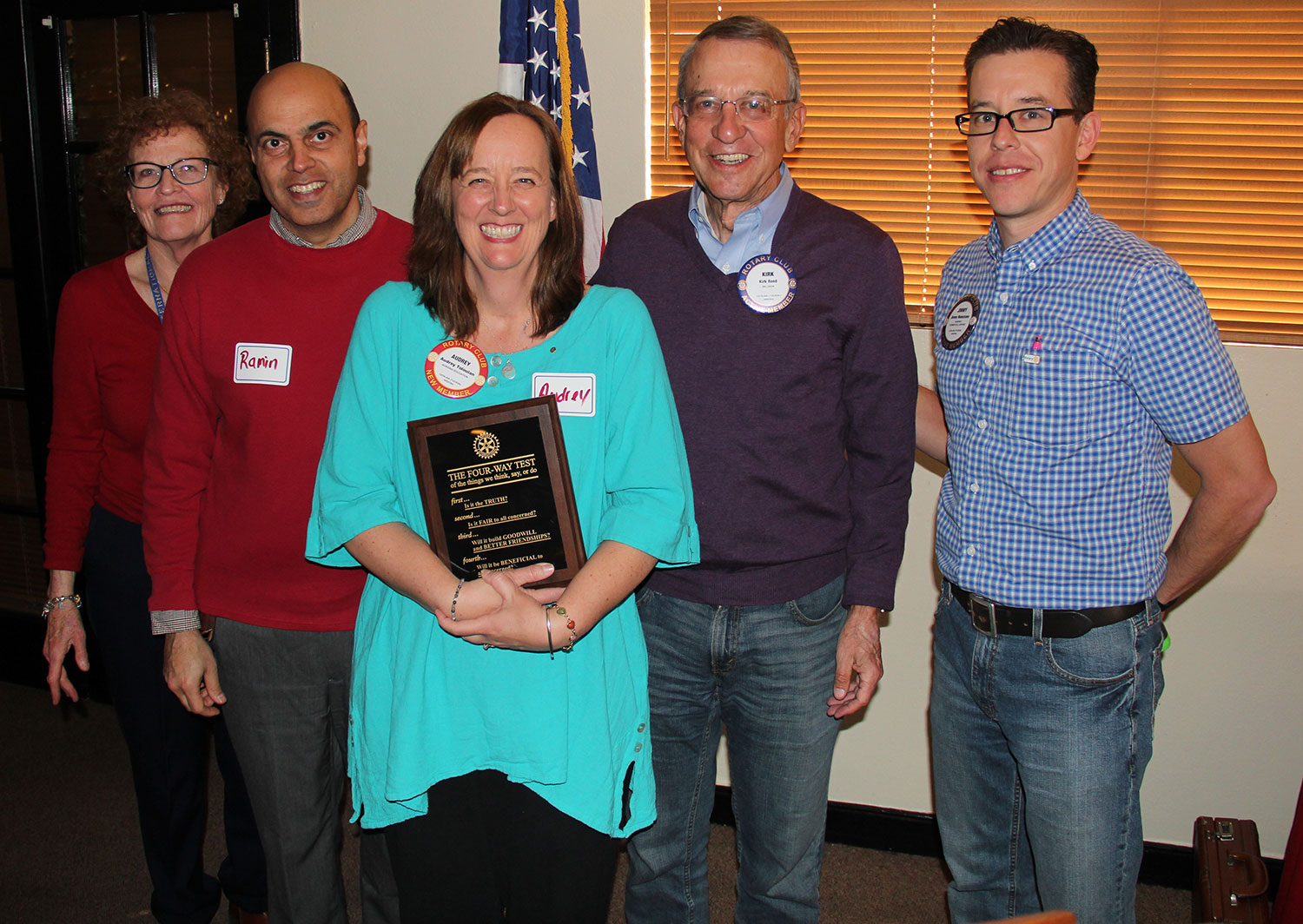 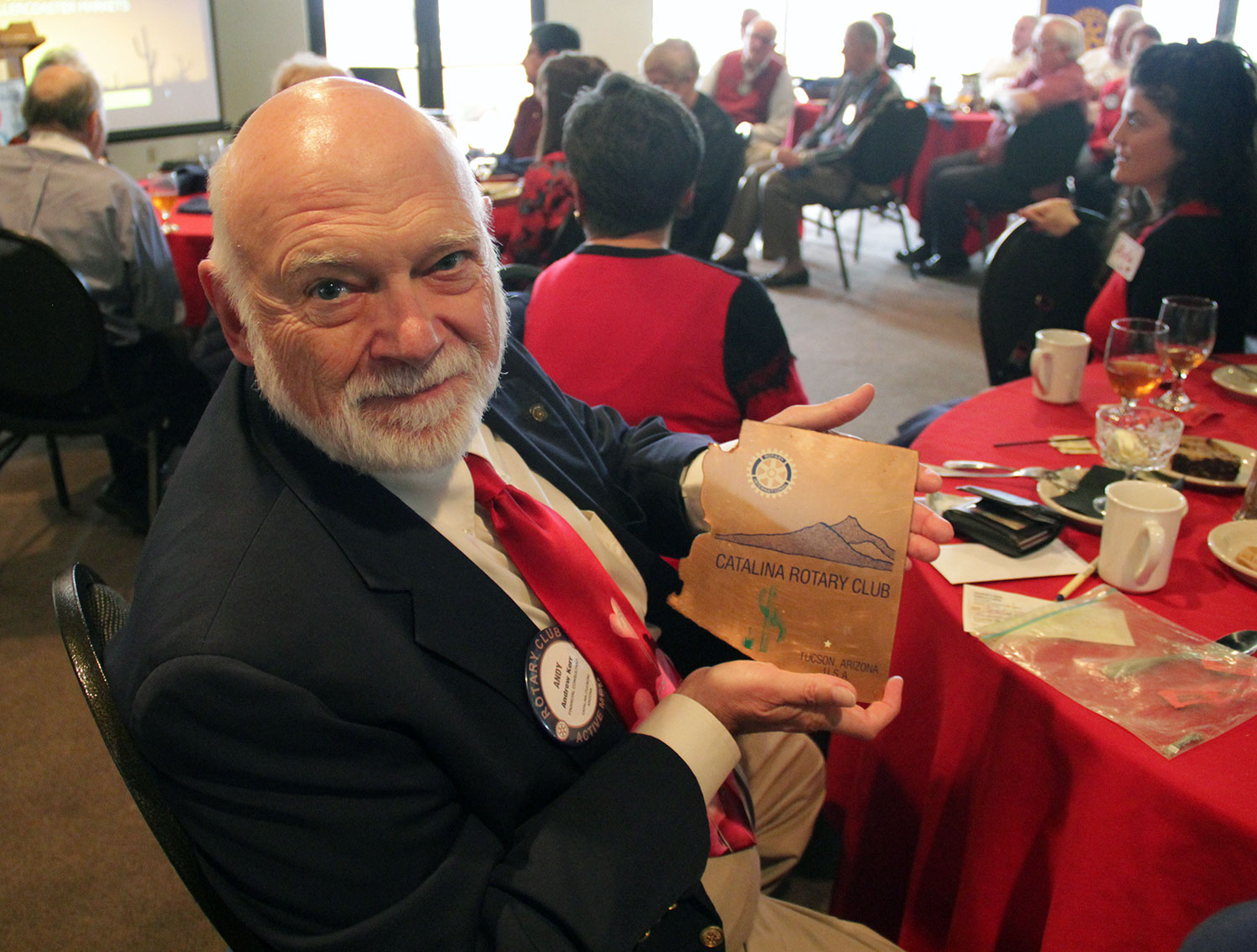 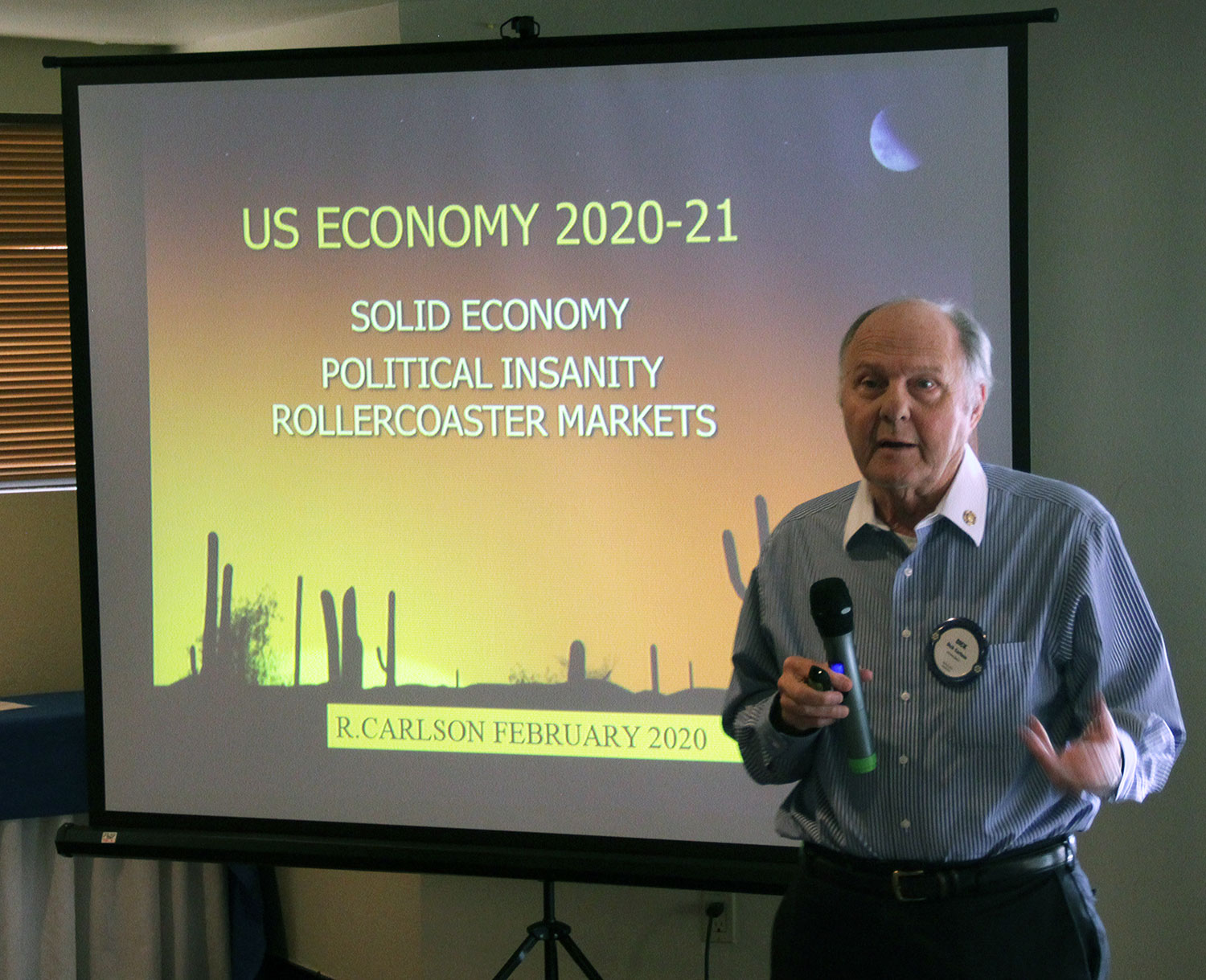