Ed Matthewson couldn’t enlist with his buddies when they all graduated from high school in 1943, because he was only sixteen. As the only 5th grade student in a one-room schoolhouse, his teacher had moved him up with the 6th graders. But that caused him to miss, until his 17th birthday (and then it had to be with his mother’s consent), doing what young men did back then – volunteer to fight in the war. The recruiters put him into the Navy where he was immediately entered into officer training. He was commissioned as an ensign at the University of Notre Dame and assigned as the gunnery officer of the USS Macomb, a destroyer/minesweeper.

But, by that time, the war had recently ended. Ed missed out again. So, he did what young men did back then and completed his service commitment and went about rebuilding the American and global economies. He spent the next fifty-three years becoming a giant in executive leadership at various manufacturing companies in Michigan, including service on the Governor’s Trade Mission to Japan. His interactions in support of Japanese manufacturers, just four decades after a bitter war, are chronicled in the book, Small Town: Giant Corporation, by James Hettinger.

After his son, Rotarian Charles Matthewson, told a brief story about “the giant” to his Catalina Rotary Club in Tucson, he began looking for the best way to honor his father’s service. He learned about the Mt. Soledad National Veterans Memorial. The memorial sits atop a large hill overlooking the huge navy base in San Diego. Mt. Soledad is the only national veterans memorial where a father and son of different military branches, from different conflict service periods, and from different states can be honored together. To meet the memorial’s requirements, Ensign Ed’s record of service would have to be produced.

Once found, the record revealed that he had earned, but never been presented, two medals: The World War II Victory Medal and the American Campaign Medal. Though missed in 1945, a Memorial Day ceremony in 2021 near Traverse City, Michigan, rectified this overlooked detail. In the company of numerous friends and family, Ed’s daughters pinned the medals on him, as his son (a retired Air Force colonel) read the citation accompanying each.

They made plans for a plaque installation ceremony at Mt. Soledad for August 14th, 2021, Ed’s 95th birthday. Unfortunately, in mid-July, Ed and his wife, Mary Ann, were in a serious car accident near their home in Pinehurst, North Carolina.

Miraculously, and thanks to superb German engineering, both recovered after lengthy periods of hospitalization and rehabilitation. However, the summer ceremony was missed and had to be postponed. It eventually became apparent that Covid travel protocols and the senior Matthewsons’ mobility issues would keep them from making the cross-country trip to California.

So, Mt. Soledad proceeded with an honor ceremony on December 18th. Colonel Matthewson and a contingent of family and friends were on hand to enjoy a wonderful ceremony in some perfect SoCal weather. Ensign Matthewson participated on the phone.

There is also a virtual veterans memorial which was produced by the Catalina Rotary Club of Tucson, in conjunction with the Veterans History Project of the Library of Congress. Oral histories produced by professional legacy video-producer Steve Pender about Catalina Rotarians who served in World War II, the Korean Conflict, the Vietnam Era and after, including Colonel Matthewson, are collected online at the Catalina Rotary Veterans Project. 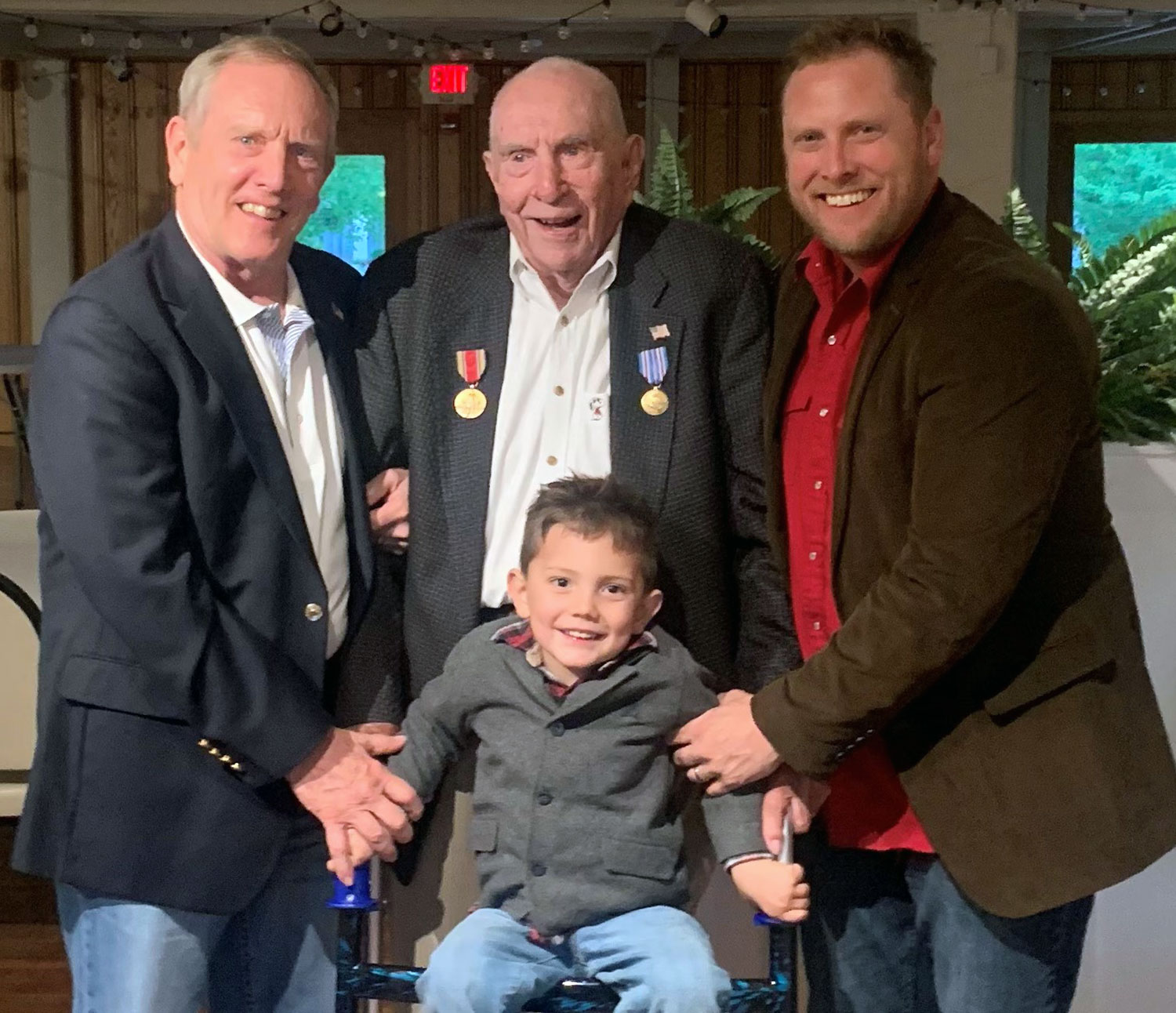 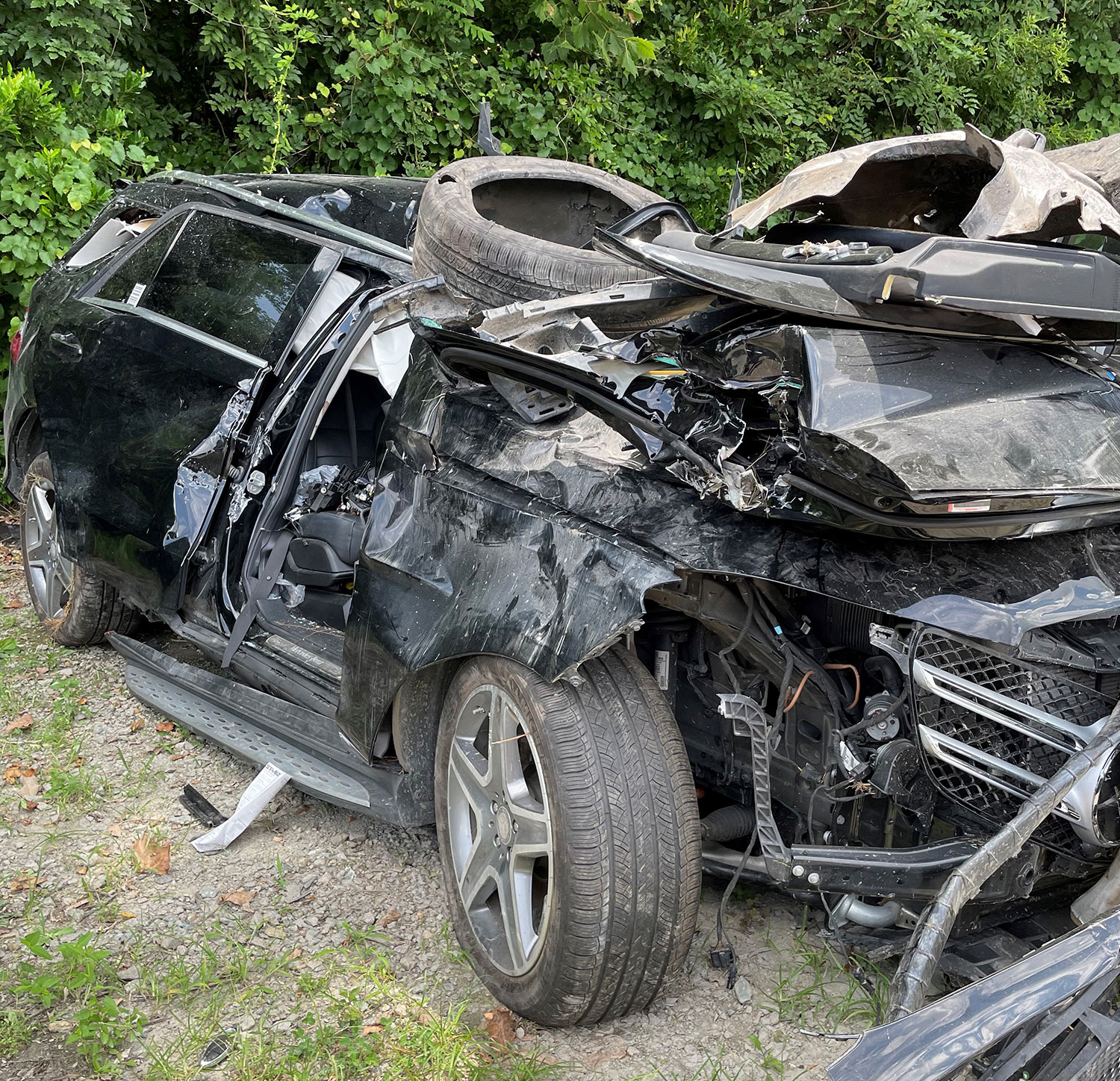 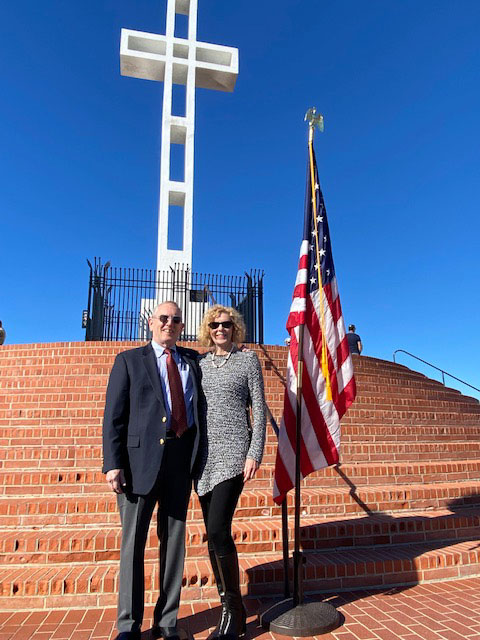 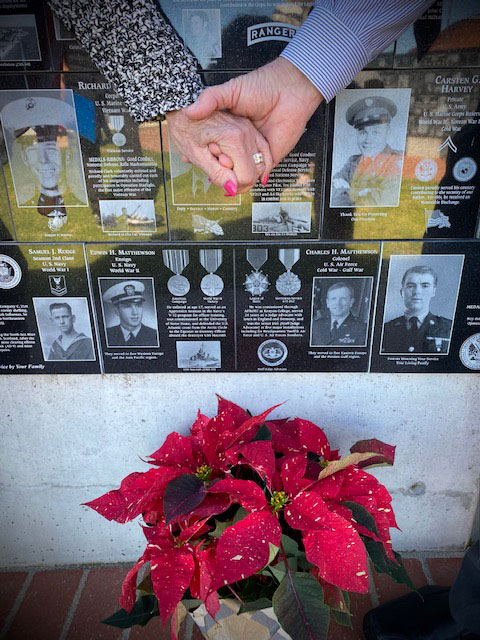 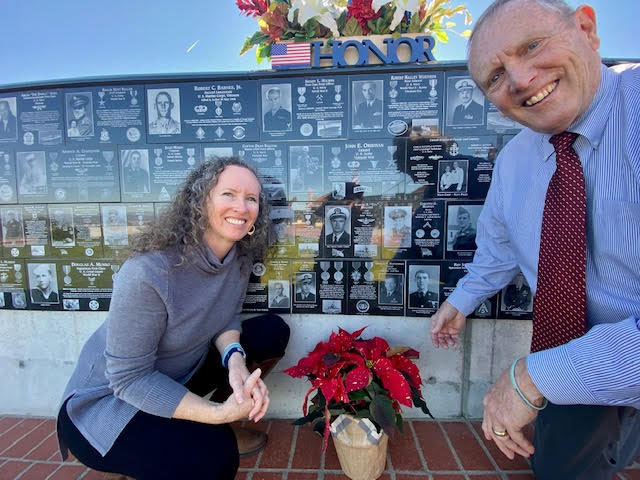 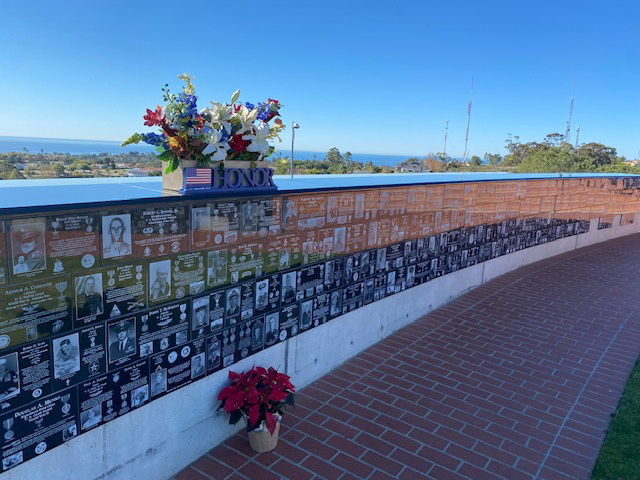 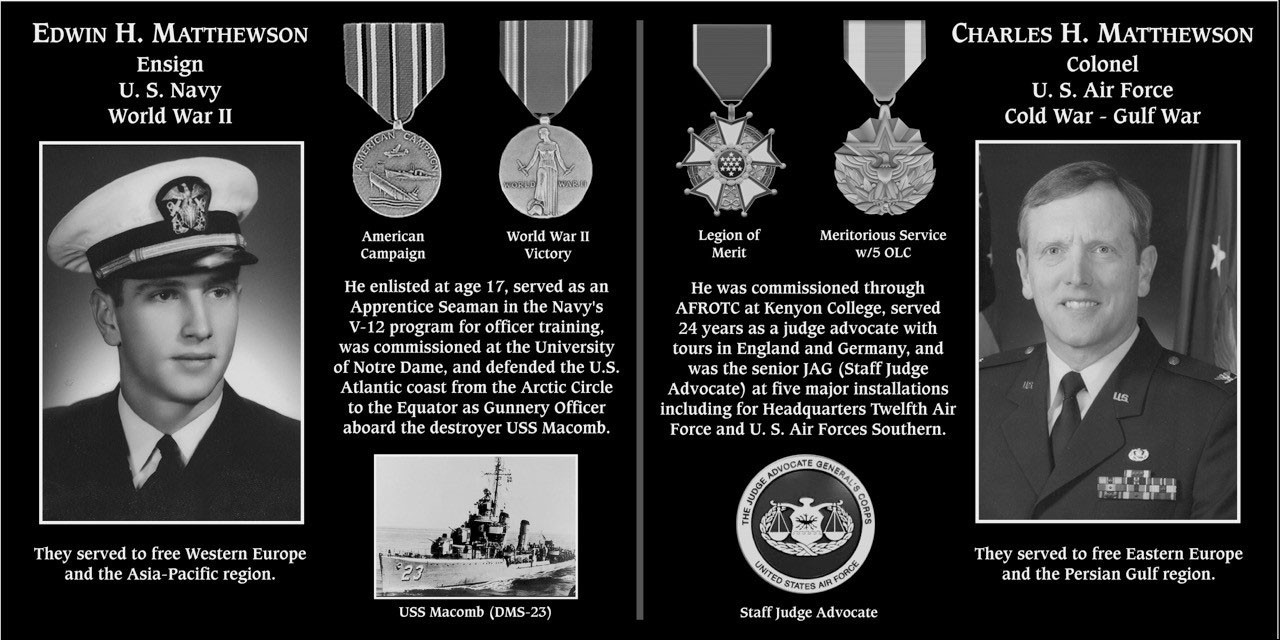