February 11, 2022: Inside the Marines Memorial Association 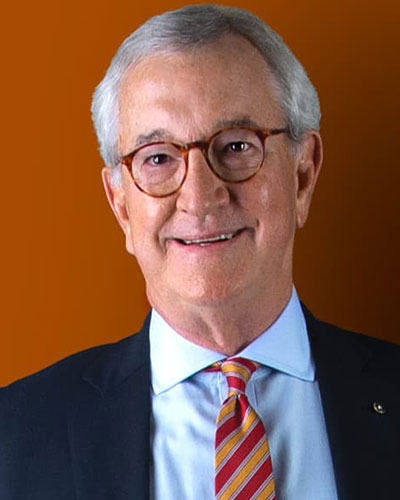 Tom Robertson is Senior Vice President at Presidio Group Wealth Management in Tucson Arizona. Presidio Group is an independent investment planning practice affiliated with Wells Fargo Advisors Financial Network. He is a portfolio manager, and director of risk management and investment planning for the practice. Mr. Robertson has served in the financial services industry for over 20 years in Tucson Arizona. He is active in many civic and professional organizations in Tucson. He currently serves as a member of the Tucson Air Guardians, a support group for the 162nd FW AZANG, and is Past President of the Board of directors of the Boys and Girls Clubs of Tucson. The Boys and Girls Club serves 5,000 at risk youth in six club houses in Tucson. Mr. Robertson is also active in the Catalina Rotary Club of Tucson, and served as President of the Club and Assistant District Governor in Rotary District 5500 in Southern Arizona. Additionally, Tom is active in the Steven Phillips Tucson Tax Study Group, and taught courses in leadership and communication at the Rotary Leadership Institute. He is a former part time ski instructor at Sunrise Park Resort. He serves as a member of the Professional Advisory Board of the Community Foundation of Southern Arizona, is a director of the Southern Arizona Defense Alliance, and is a member of the Marine Corps Memorial Club in San Francisco CA, and the San Diego Navy Yacht Club. Tom enjoys travel, skiing, fly fishing, skeet shooting, cycling, sailing, and anything to do with the outdoors. He is married to Cindy, a retired Pharmaceutical Representative at Novartis, and has two children residing in Tucson: Sarah, a buyer at Raytheon Missile Systems, and Thomas, an account executive in the merchant services division of Wells Fargo Bank.

Prior to his current career, Tom spent twenty years in the United States Air Force, retiring in September 1997 in the rank of Lieutenant Colonel. He has 3500 flying hours in the F-111F, F-111D, F-111A, Buccaneer, Hawk, Hunter, Jet Provost, EC-130H, F-16, and A-7D. He is a graduate of both the USAF Fighter Weapons School and the RAF Qualified Weapons Instructor School. He served as an exchange officer for three years in 237 Squadron, Royal Air Force, in the maritime strike role, and was Commander, Detachment 7, 602 TACW assigned to 3rd Armored Cavalry Regiment, USA, during Desert Storm. His military awards include the Bronze Star Medal, the Meritorious Service Medal, and the Army Commendation Medal with “V” device.

Mr. Robertson graduated from the Patterson School of Accountancy at Ole Miss in 1975, and received his commission into the Air Force through ROTC. He graduated from John F. Kennedy High in New Orleans LA in 1971, and is an Eagle Scout.

Some pics from our February 11 hybrid meeting. 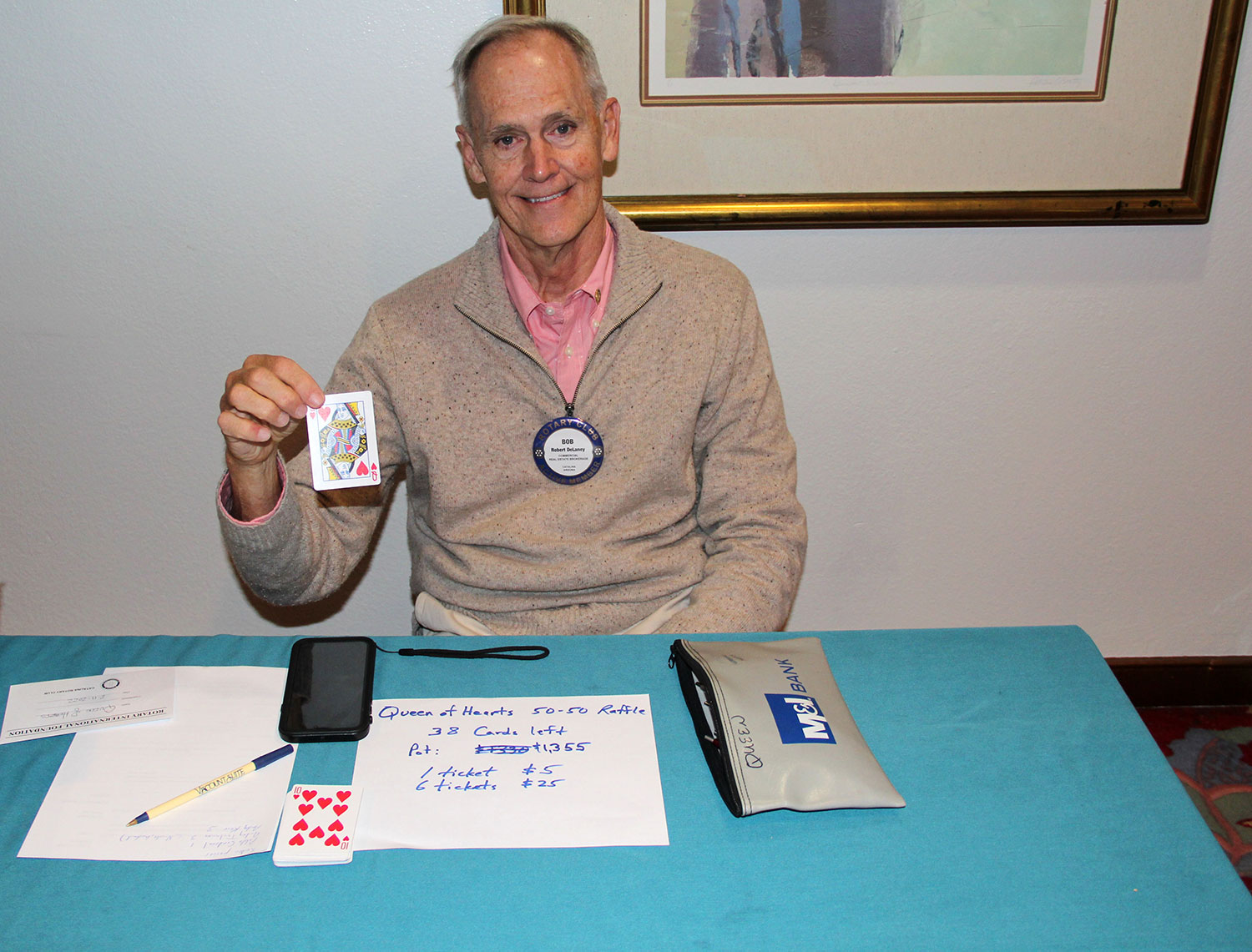 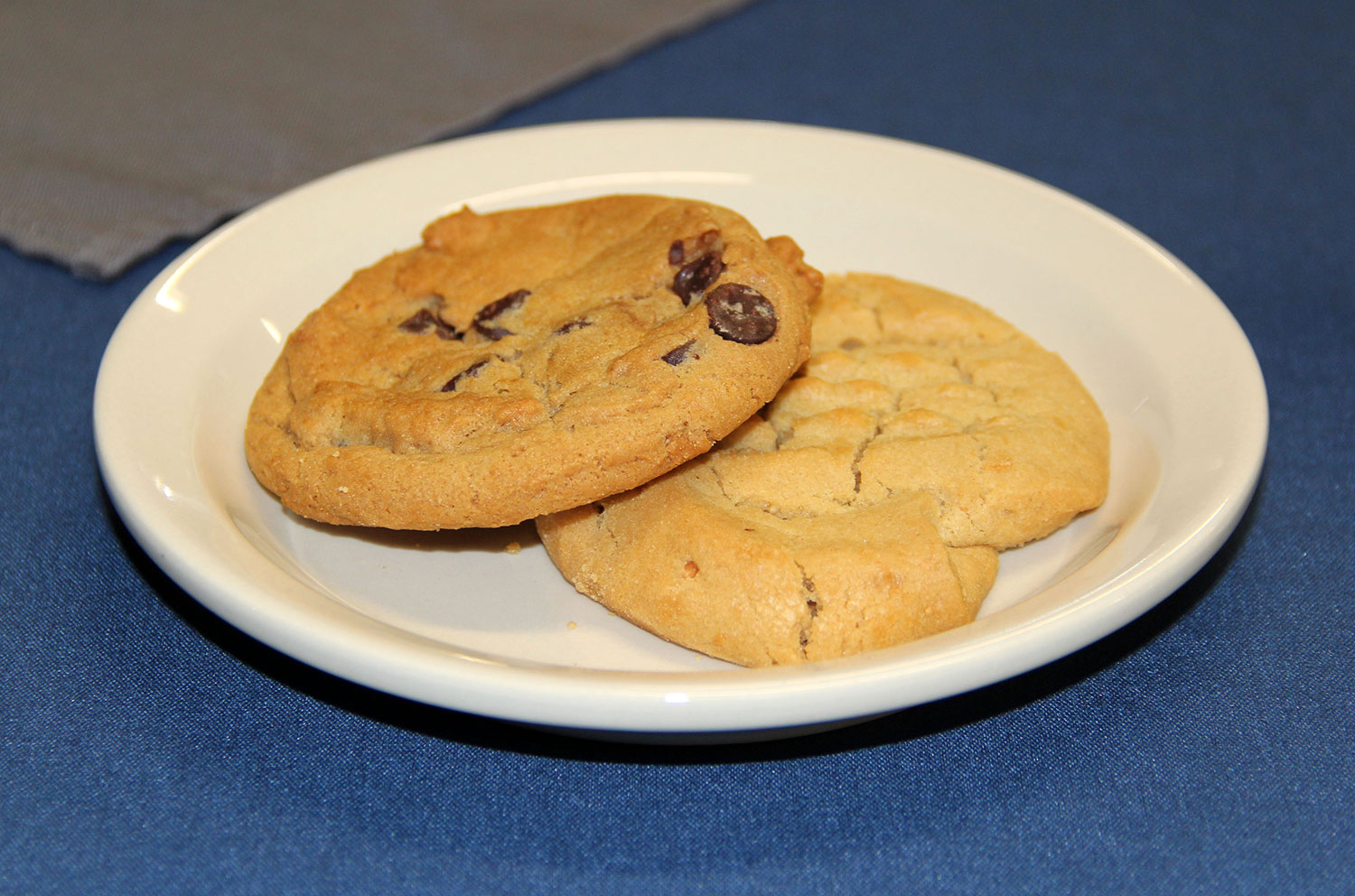 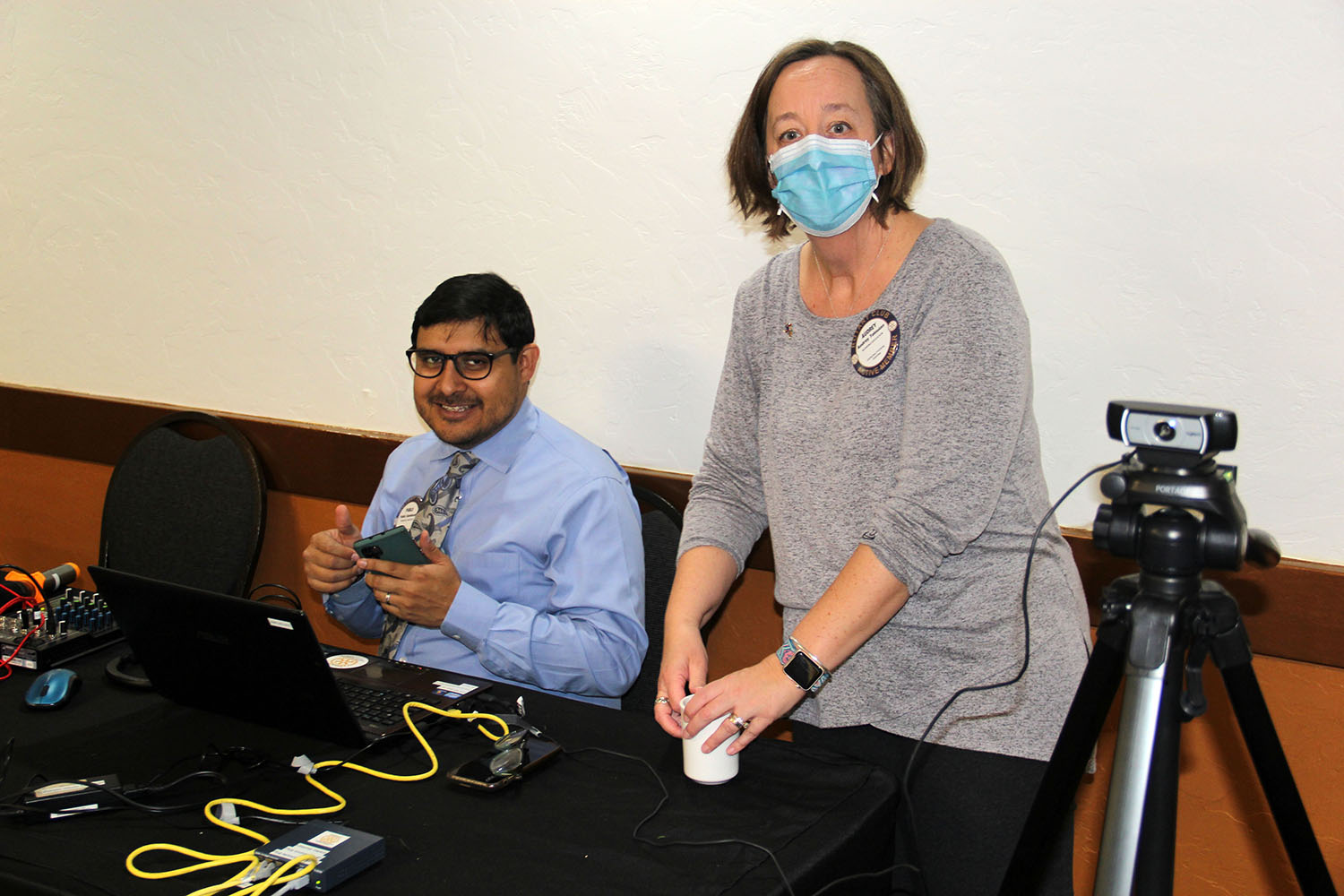 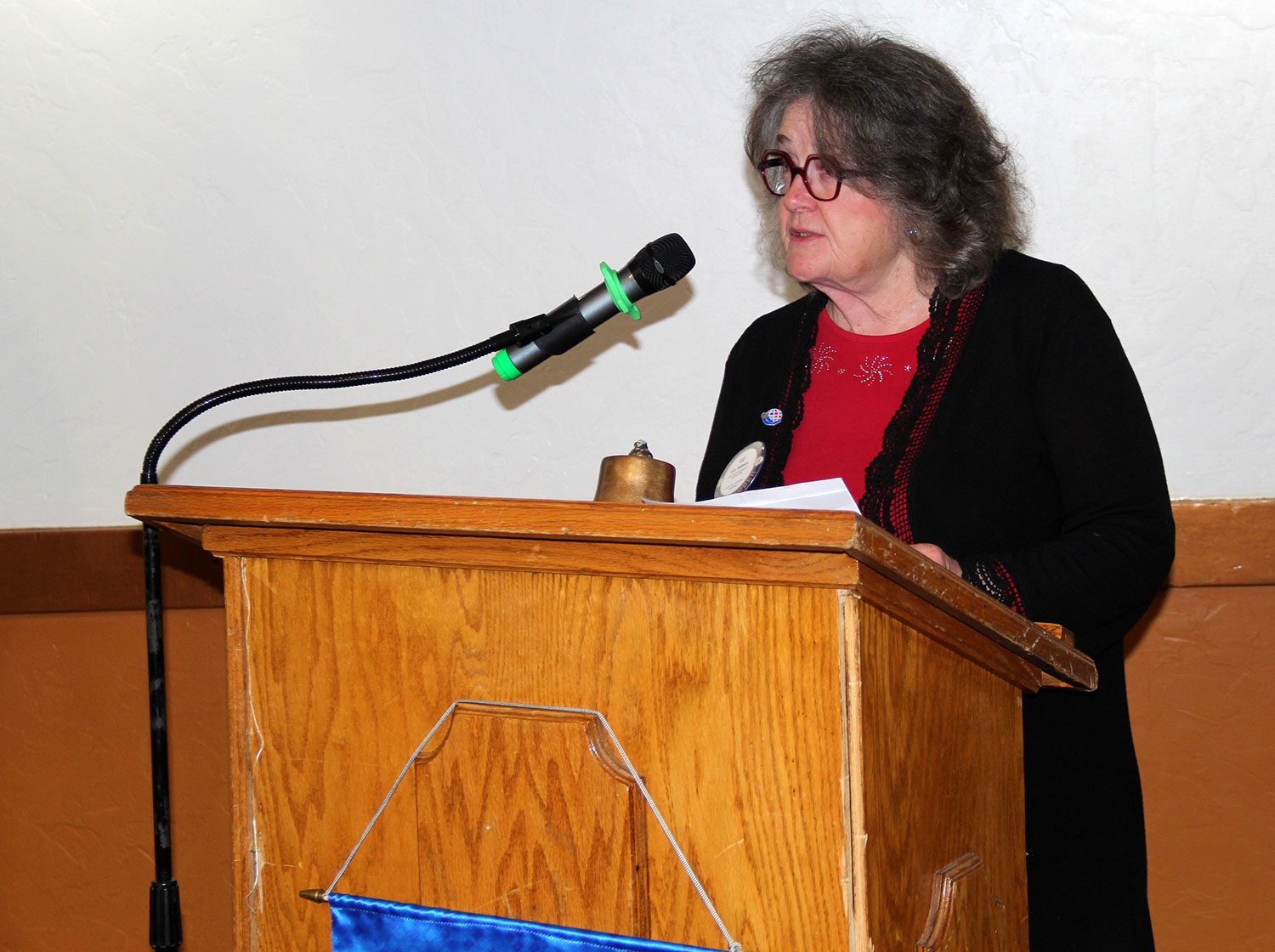 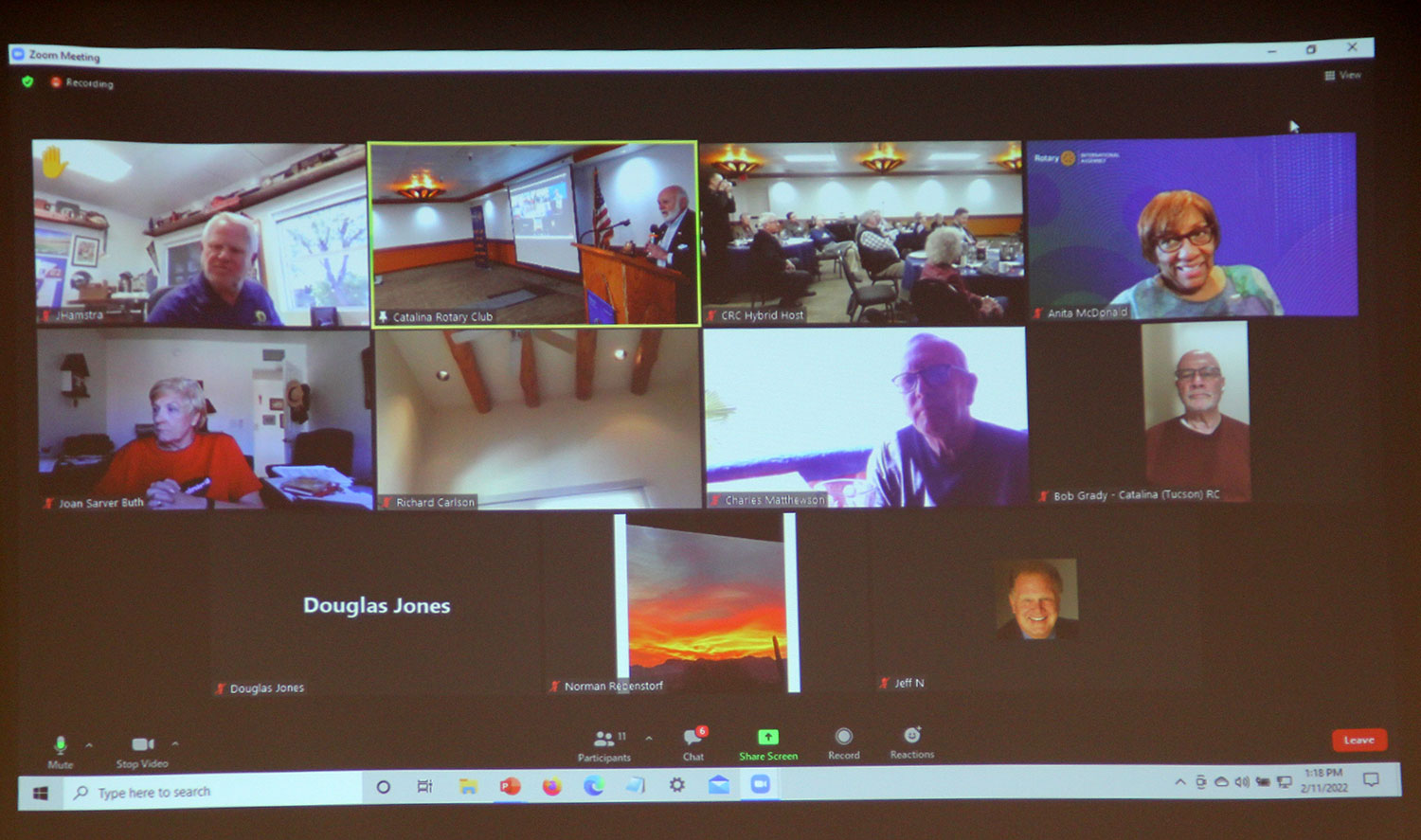 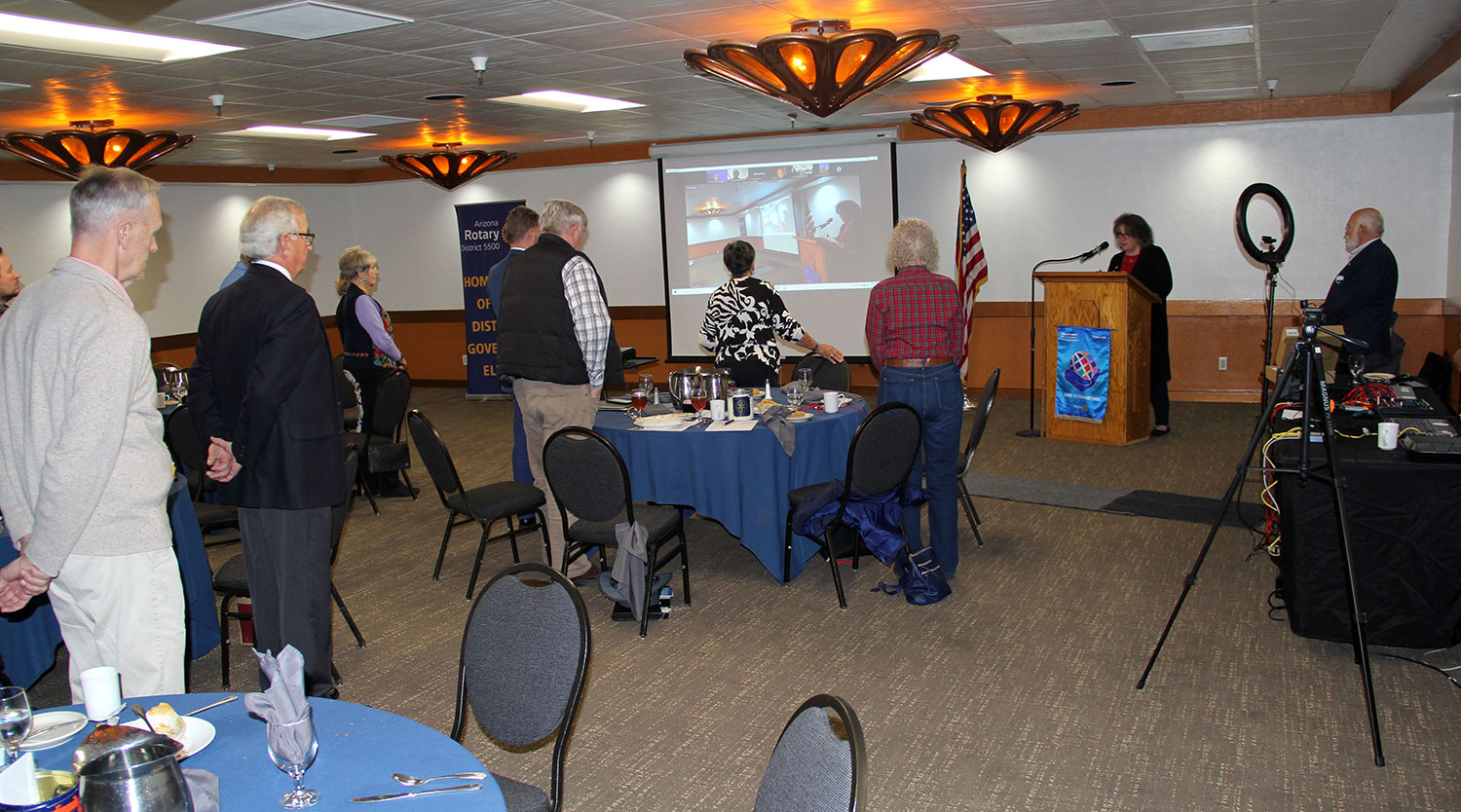 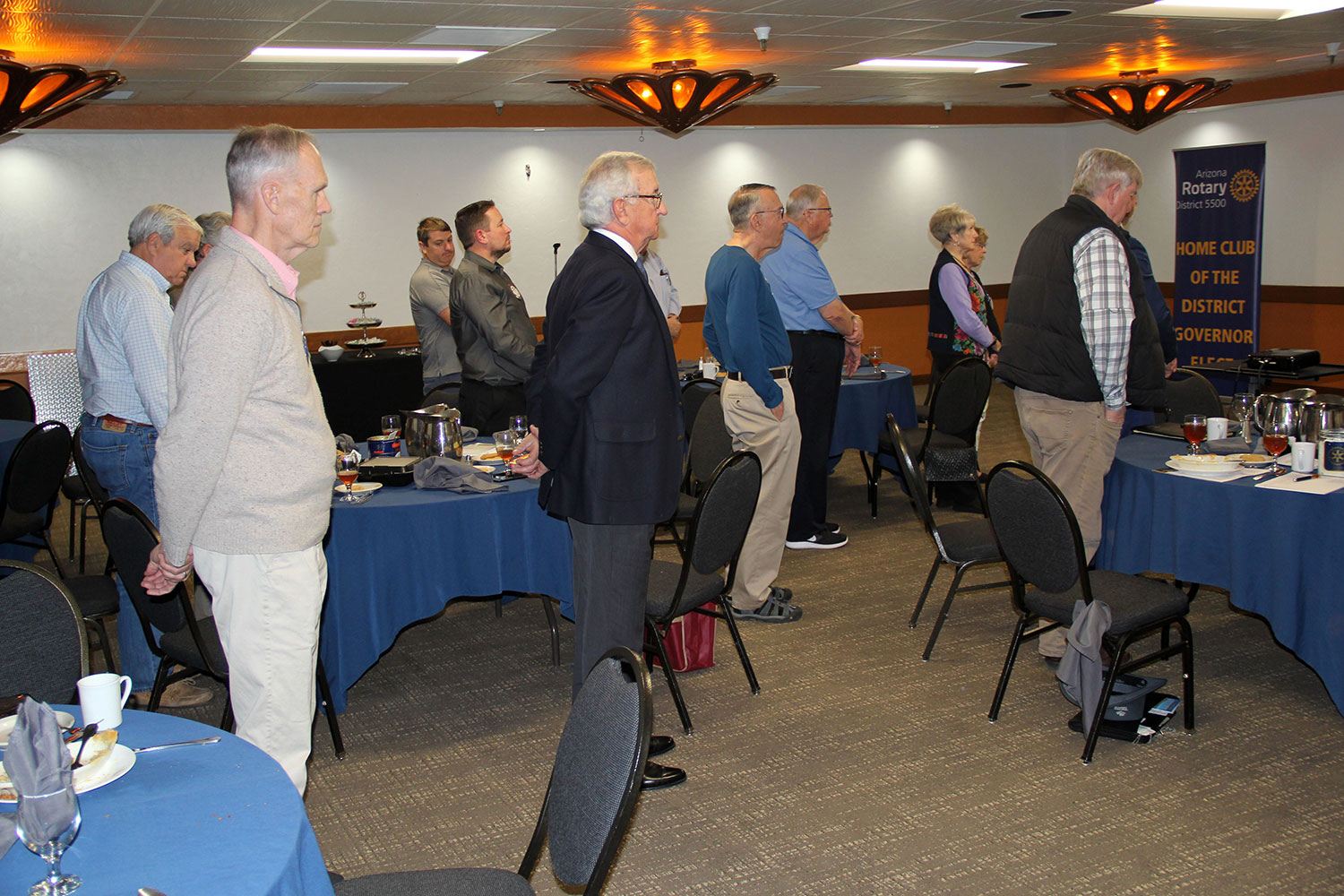 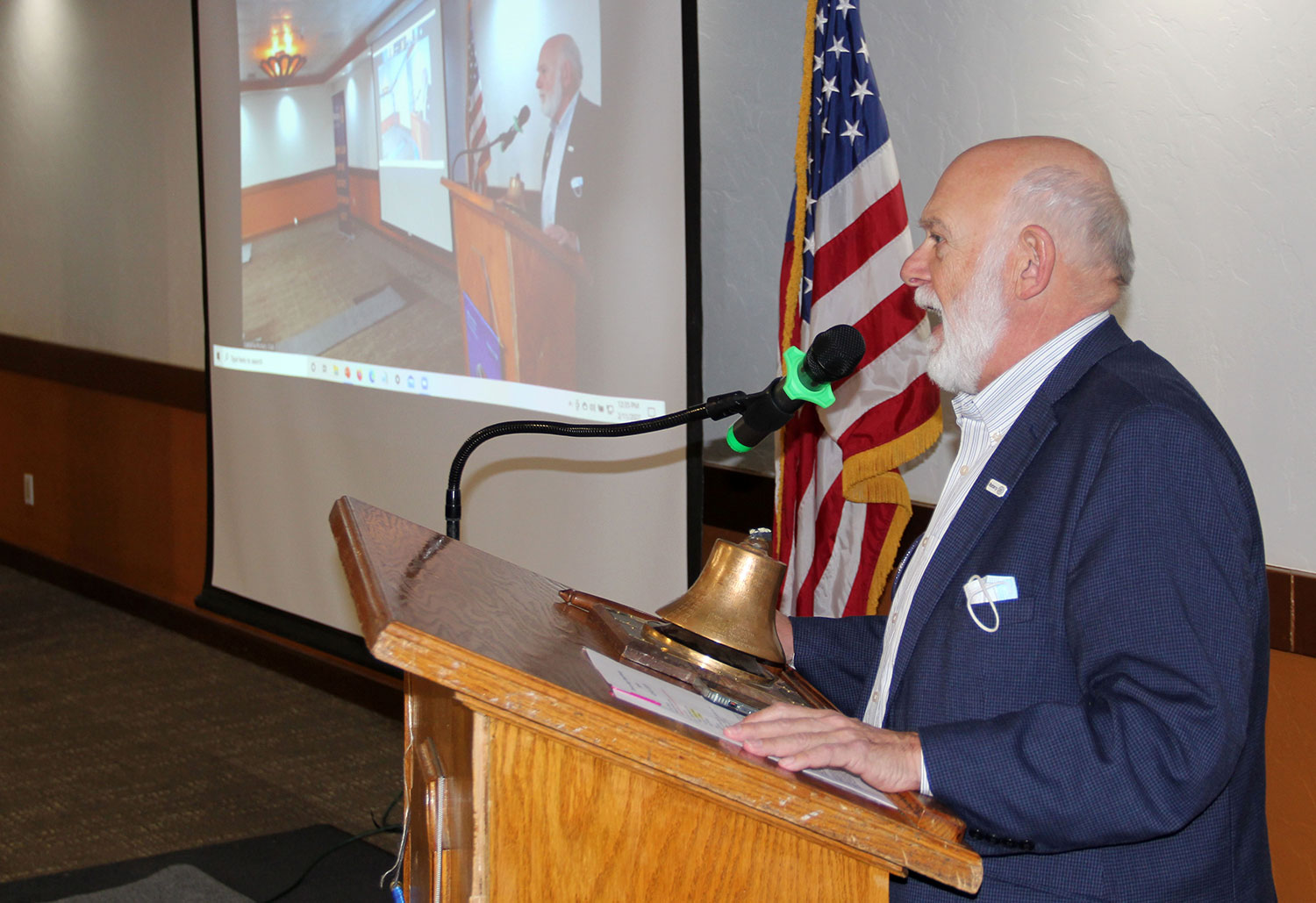 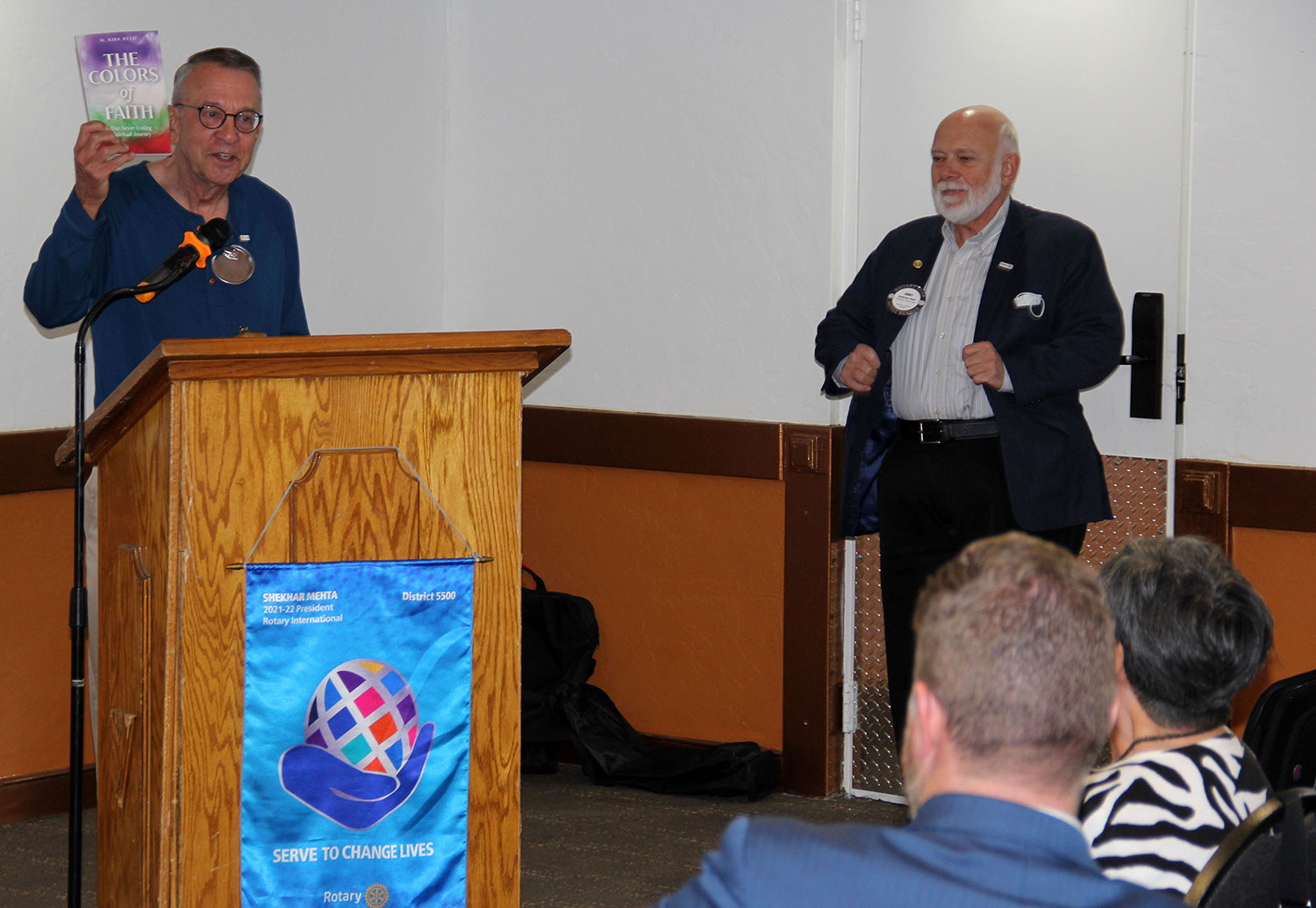 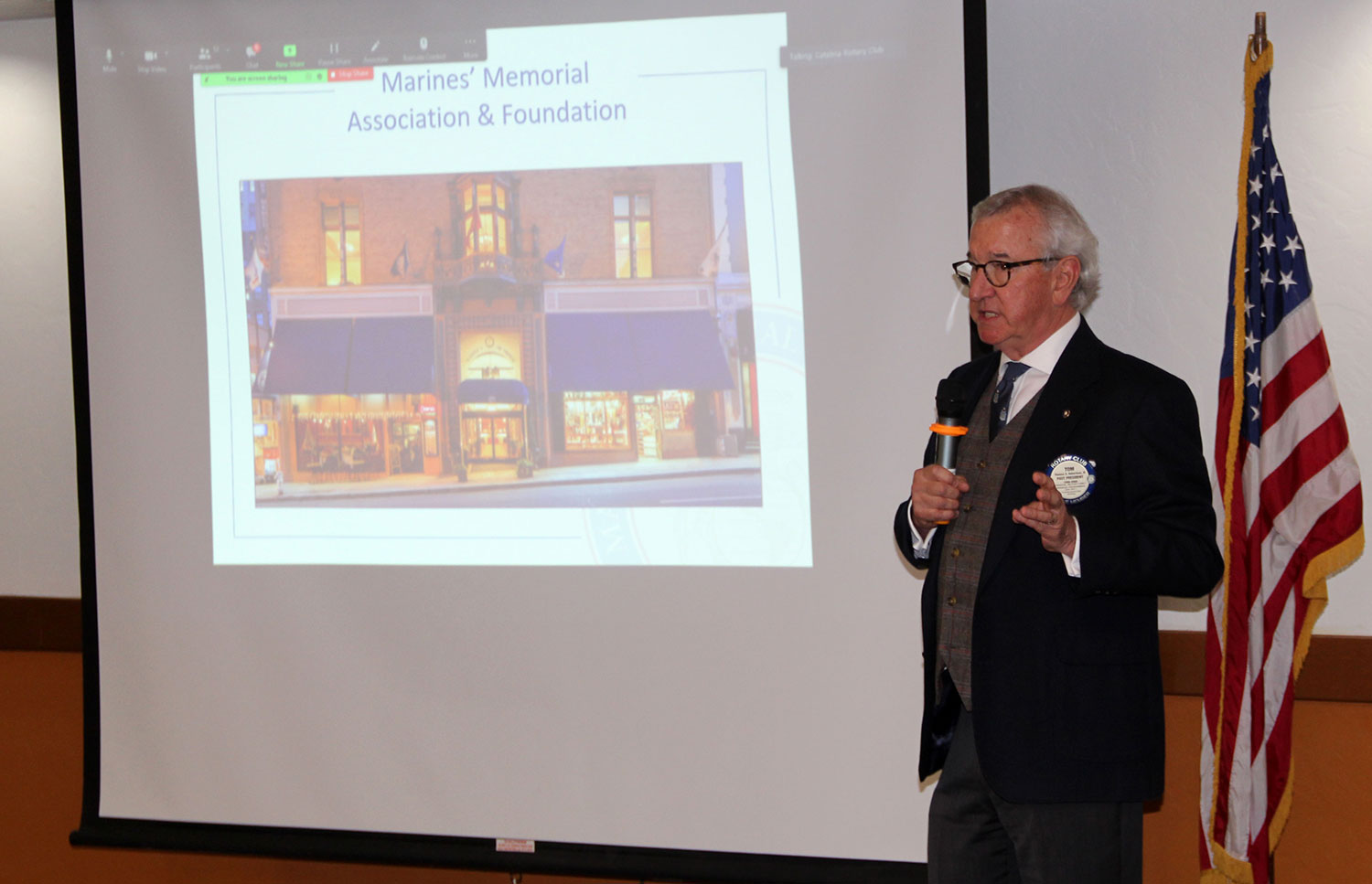 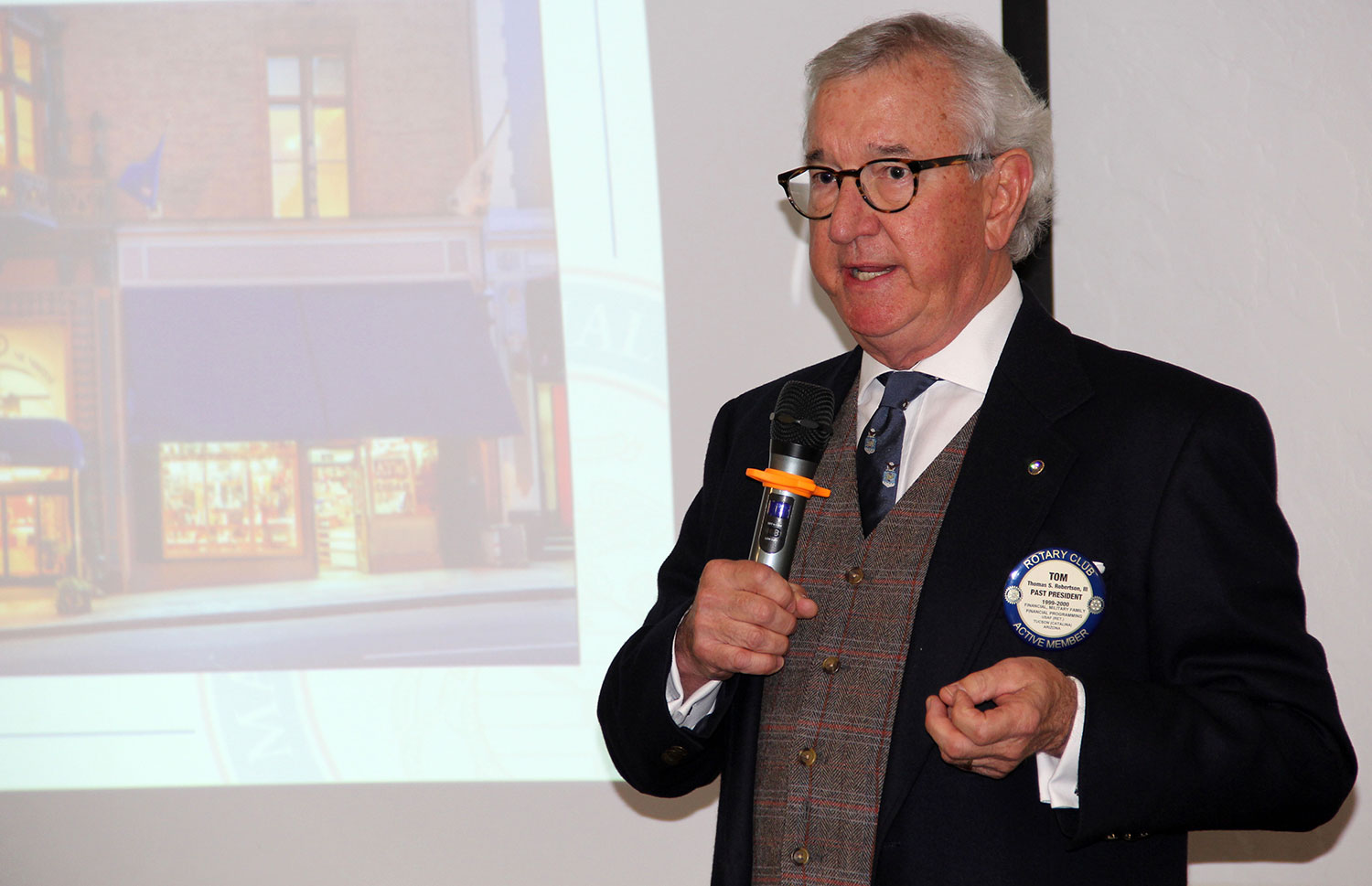 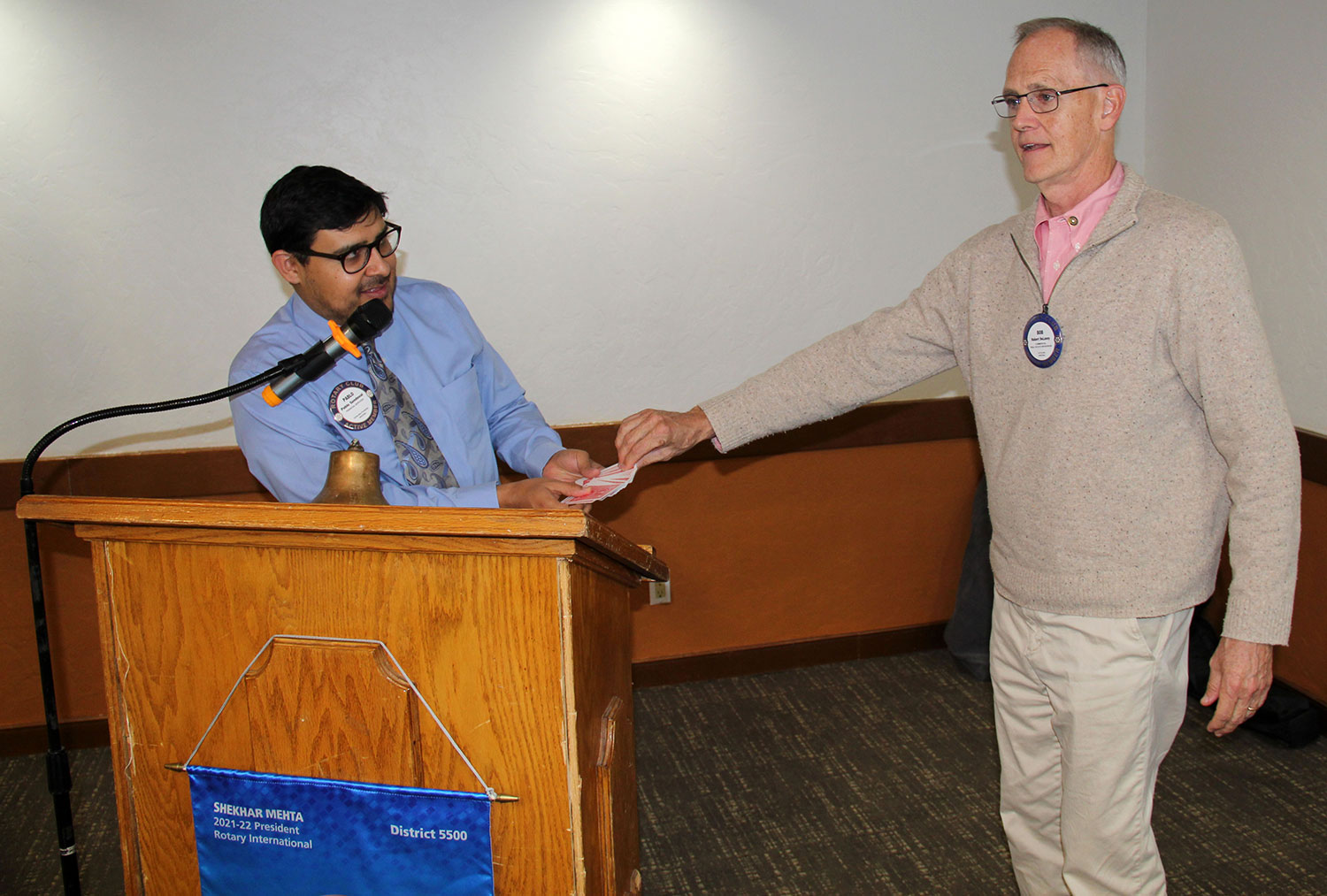 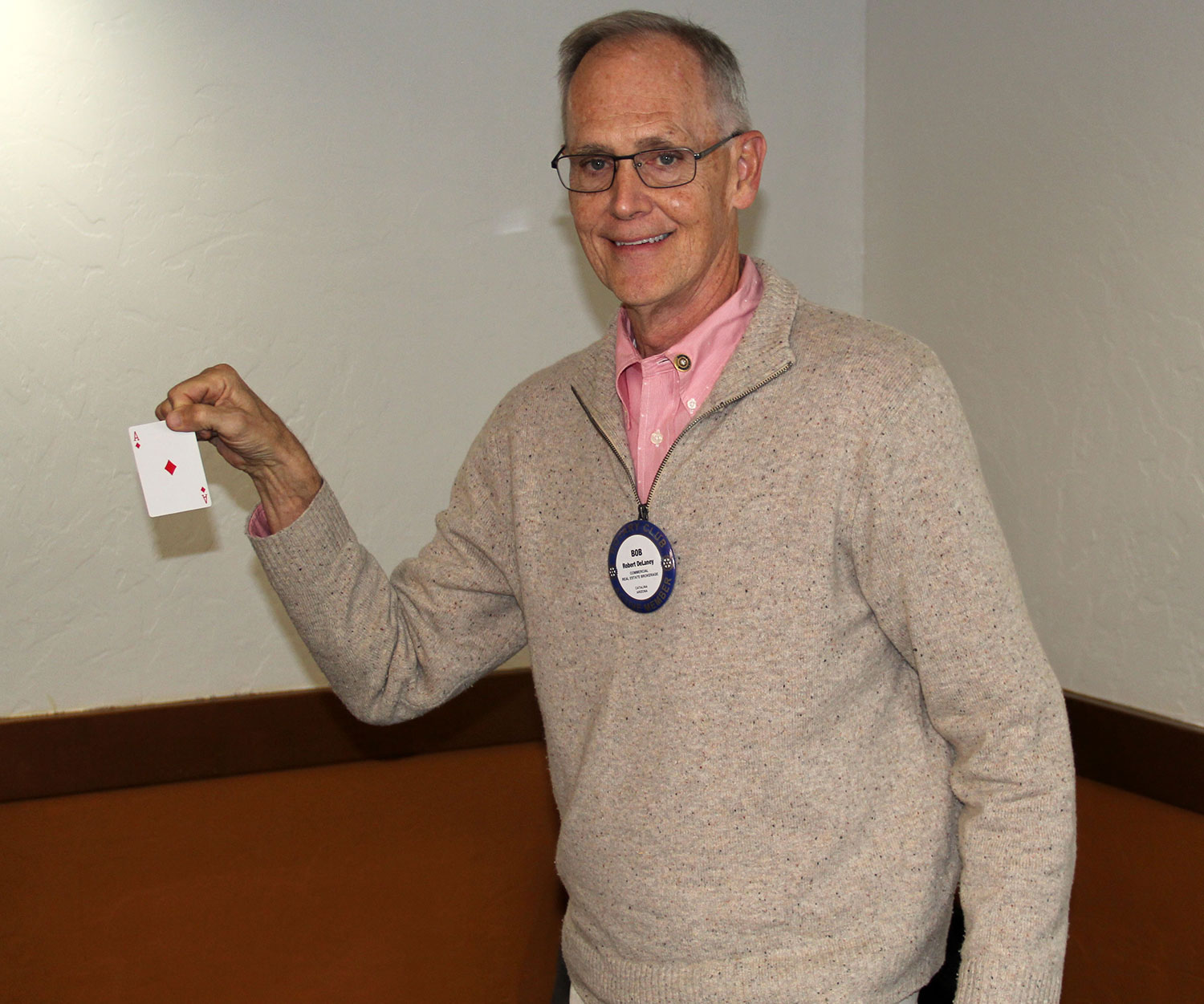