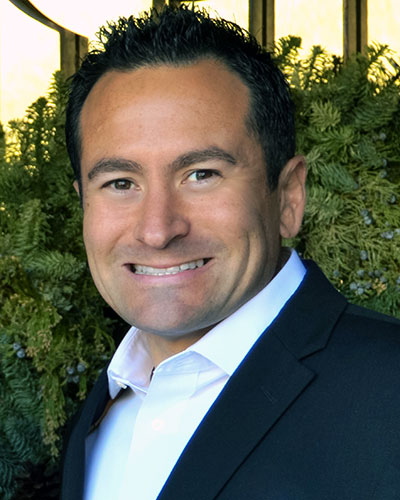 Edmund Marquez owns four Allstate Insurance Agencies in Tucson, Arizona. He is the largest captive insurance agency in Southern Arizona, and one of the largest Hispanic-owned Allstate agency groups in the U.S.

Edmund was born and raised in Tucson AZ, attended Sabino High School, Pima Community College, earned a bachelor’s in communications from the University of Arizona, and a business certificate from Stanford University (LBAN).

He currently serves on several Boards of Directors, including the Rio Nuevo Multipurpose Facilities District, Southern Arizona Leadership Council, Sun Corridor Inc, Reid Park Zoo, and The Tucson Metro Chamber of Commerce. Mr. Marquez is the Immediate Past-Chairman of the Board of United Way, and Past-Chairman of the Pima Community College Foundation and the Tucson Hispanic Chamber of Commerce. He is also a proud member of National Leadership Council of the University of Arizona Foundation.

Edmund was named the Businessman of the Year in 2004 by the Tucson Hispanic Chamber, awarded the Breath of Life Award in 2012 by the Cystic Fibrosis Foundation, and the Father of the Year by the Father’s Day Council in 2016. Edmund has been inducted into the Sabino High School Hall of Fame, the Pi Kappa Alpha Hall of Honor, and the Southern Arizona YMCA Hall of Fame. Edmund is an avid cyclist with the Jim Click Racing Team and is a high-energy emcee of numerous community events throughout the Tucson community.