President Bob opened the meeting at 12:11 PM (slipping!) and welcomed a large gathering on a special day to include the induction of Pablo Sandoval as a new member. Bob recalled last week’s fun meeting and then led us in the Pledge of Allegiance while Jim Kester again nailed it with a fine invocation including, remarkably, his taking a shot at the Seattle Seahawks in the context of welcoming today’s program speaker.

A sixth table was required and several late arrivals were accommodated in the rear. The Viscount served us beef stroganoff with noodles, brussels sprouts (a favorite of Merle Anderson’s) along with strawberry shortcake for dessert. Today’s alternate was a Turkey feta salad.

Bob encouraged us to sign up for beer serving duty at the Rodeo (Saturday February 15th through Sunday February 23rd). If you have not received the link to the Sign up genius, please let Arturo Mojica know and he will get you the link.

Rotary Leadership Institute is next Saturday, January 25th right here at the Viscount Hotel. It costs $65. Bob urged new and longtime Rotarians to consider going so we keep learning and pick up new ideas. Don’t forget to send in your compelling Rotary stories to Bob or one of the members of his committee.

Rotary’s Annual Convention is in Hawaii and Paul Bennett is going to be there. Finally, our social hour will be on Thursday evening, January 30th, from 5-7PM right next door at the Guadalajara Grill.

Today’s Greeter Dorice Beren welcomed Amanda Sandoval, Jay Kittle (founding Catalina Rotarian Jack Kittle’s son), Audrey Tolouian and her husband Ramin. It was great to see hard-working Jeff Hamstra back at a meeting and Rich Henry is in town from Maine for the season.

The Queen of Hearts 50-50 raffle followed. Paul Bennett (with an assist from Pat Egbert) announced that he sold over $130 in raffle tickets today bringing the pot to $1,407. Amanda Sandoval selected the winning ticket (#944) and voila it was her ticket. She pulled the 3 of Diamonds from the deck, so the beat goes on.

Membership chair Jimmy Muñozcano brought Pablo Sandoval to the dais along with his sponsor Joan Buth and Past District Governor and Past President Kirk Reed to welcome Pablo as our newest club member. After being reminded of the principles of Rotary, Pablo spoke briefly about his profession as a financial advisor at Merrill Lynch, his being pleased to be a member, and his desire to get to know everyone better and better. But he did let it slip that he and Amanda like karaoke (file away for later use). Pablo has already embraced the service focus of Rotary as he has been a volunteer several times.

Irv Mindes handled today’s duties, and began by auctioning off two tickets to the Buddy Holly Story on Sunday, March 8th to benefit the Catalina Rotary Foundation. Bob DeLaney was the winning bidder and stole the tickets. Many happy bucks followed including Tony Spear doubling down on his shameless plug for next Saturday’s Red Moon Trio appearance at Hacienda del Sol from 6-9 PM. Rotary legal scholars are scrambling to investigate the legality of his statement that if 10 people show up, they will be credited with a make-up by the Secretary of the club. Pat Dwyer informed the gathering that the Tucson Visitors Center would be having a soft opening at 10:00 AM on Saturday, January 18, 2020 and has been rebranded as the Southern Arizona Heritage and Visitor’s Center. She told us that it will be high tech and digital and she expressed skepticism about our ability to handle it (very cheeky as the Brits say). Arturo Mojica was thankful that his son Gabe was attending RYLA this weekend up at Chapel Rock in Prescott.

Past President and long-time YMCA executive Pete Walsh welcomed our speaker today. Mr. Kurtis Dawson has been the President and CEO of the Tucson YMCA since 2017, having relocated down from the Seattle area (hence the cruel Seahawk taunts…could it be jealousy?). Our inside sources tell us he has been doing an outstanding job. Kurtis has been married to his wife Sasha for 21 years and has four beautiful daughters (on the two year plan as they are 20, 18, 16, and 14 years old). He began his presentation with some history lessons.

YMCA founded in London, England in 1844. Many young men were now working in the city and were making bad choices. The YMCA taught them how to read and exposed them to the Bible to get them moving in a positive direction. This did include SRO’s (single room occupancies) which are phasing out today but still exist in some locations. These of course were made famous by the Village People in the song “YMCA” (see Pablo Sandoval on this one if you need help with the tune or the dance steps).

1851: First YMCA in the United States was in Boston.

1891: Dr. Naismith (yes Paul, he went to University of Kansas) as a member of the YMCA in Springfield, Massachusetts invents the game of basketball to give boys some exercise in the dead of winter. Who hasn’t shot a hoop at a YMCA?

1914: First YMCA in Tucson is created. In exchange for its right of way through the city, the Union Pacific Railroad offered Tucson the choice of building either a hospital or a YMCA and city fathers and mothers opted for the Y.

1948: The YMCA took over the Triangle Y camp in Oracle, AZ where many of us have helped with work projects (thanks Dave Gallaher of the Tucson Club).

Kurtis’ YMCA journey began in 1996 when he worked in various capacities. He left in 1999 but returned in 2001 and has been there ever since. As the son of a preacher man, he has always been interested in helping people. He joined Rotary in Washington in 2009 and currently is a member of the Tucson Rotary Club (aka “The Big Club”).

The YMCA has four locations in Tucson and there are three important areas of focus: youth development, healthy living, and social responsibility. Progress in these areas is accomplished through teaching swimming, basketball, attending YMCA camps, body and mind fitness, discipline, and a commitment to taking care of our neighbors. The Y tries to “meet people where they are at.” Kurtis referenced the experience of Tucson businessman Fletcher McCusker who was a YMCA camper and attributes his success in life to taking a good direction in his youth thanks to his YMCA experience.

Finally, he thanked Doug Jones for his long service on the YMCA board of directors.

Bob Grady thanked Kurtis by telling him of our donation in honor of his appearing to assure that ten children are inoculated against polio. He thanked all meeting volunteers and ended with a quote from Ralph Waldo Emerson, “You cannot do a kindness too soon, for you never know how soon it will be too late.”

Click on any photo to open the gallery and read the captions. 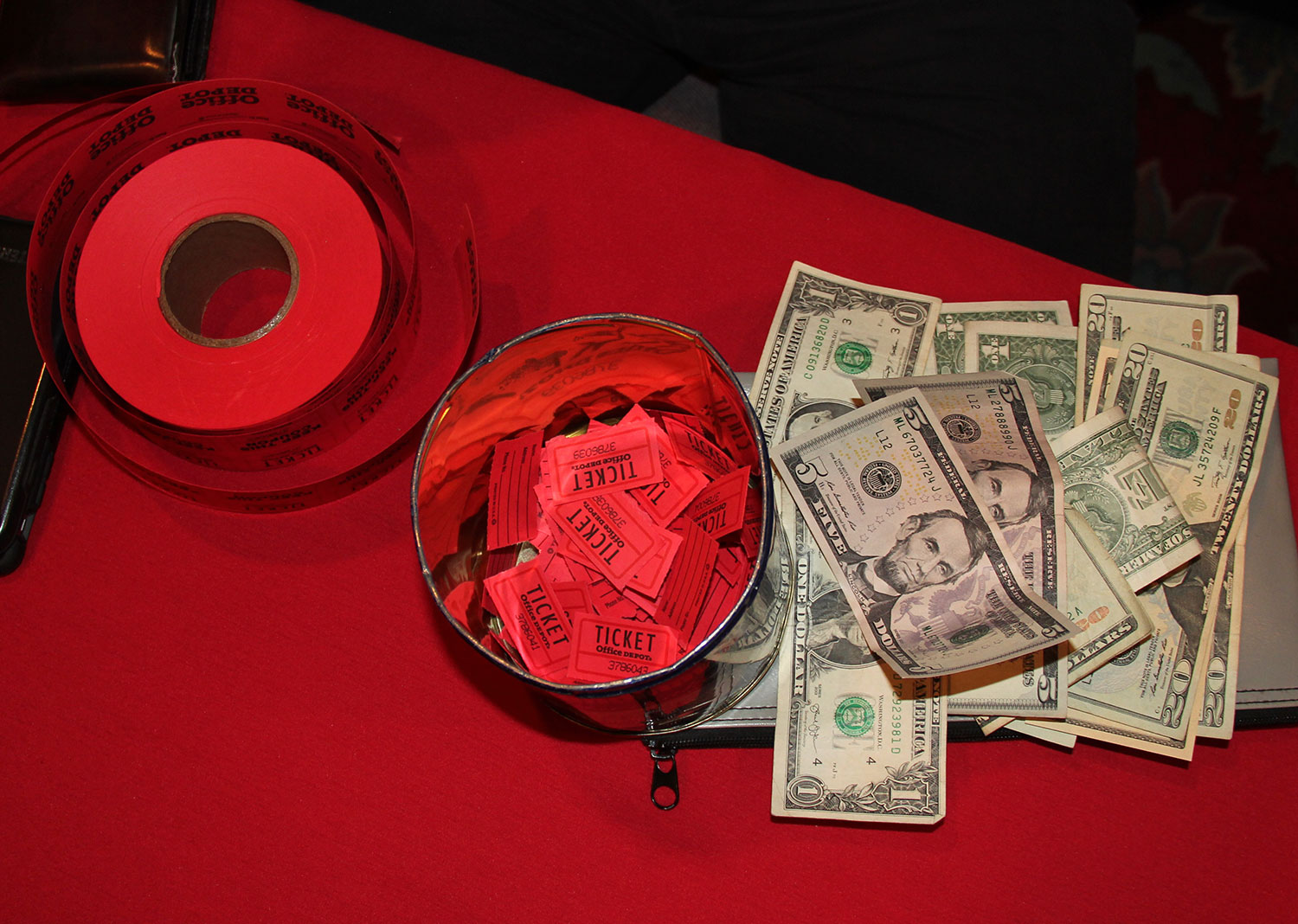 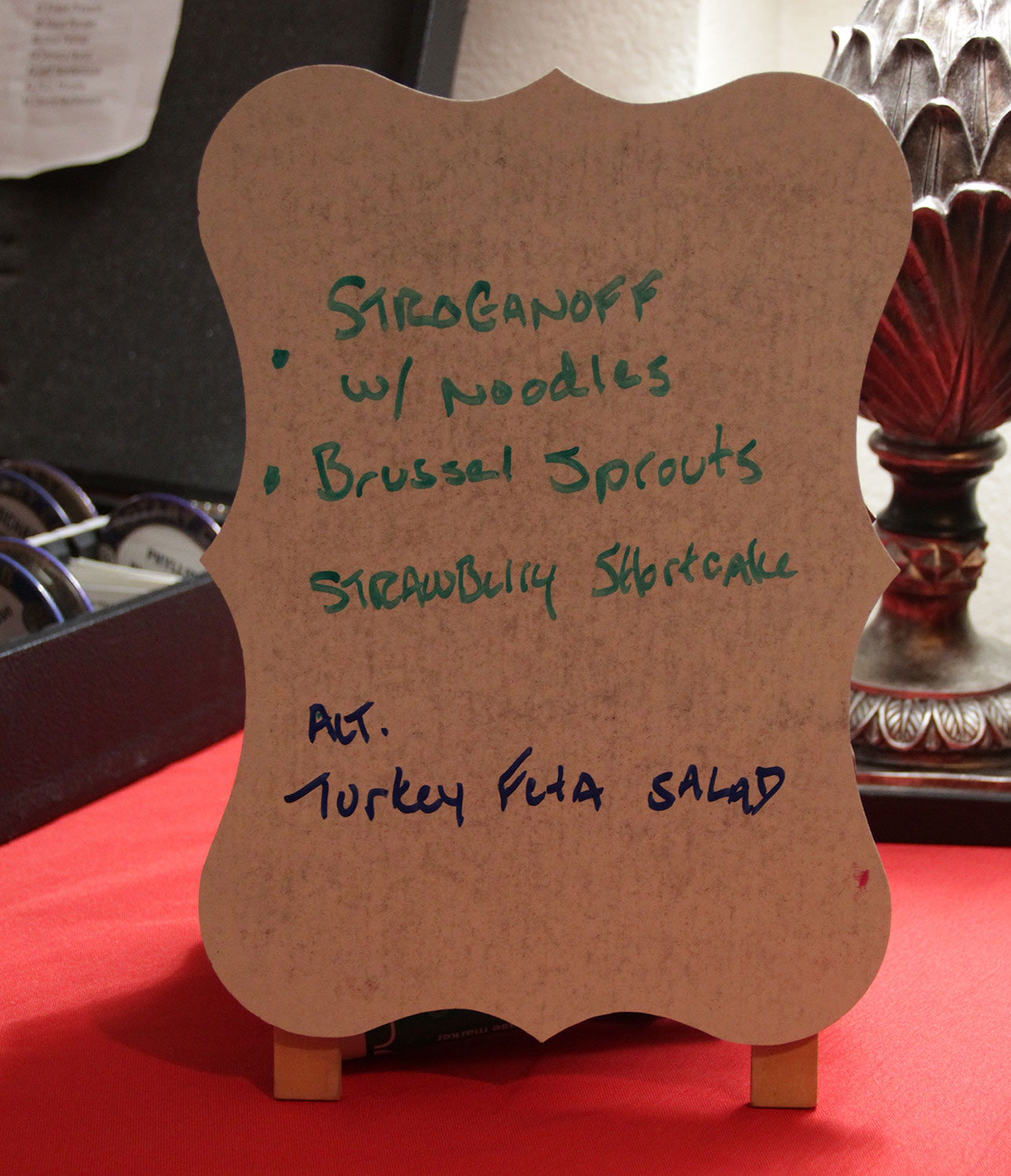 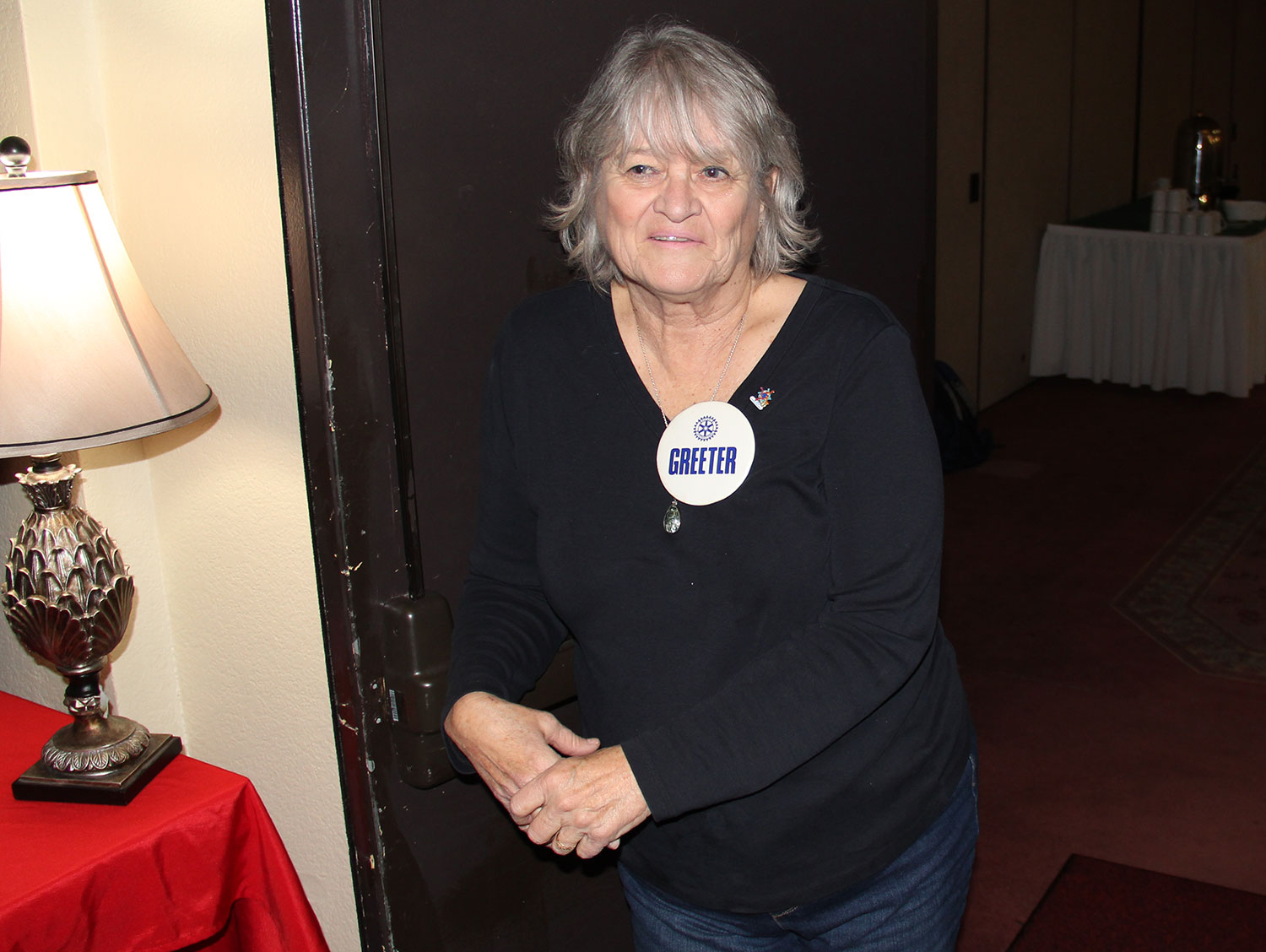 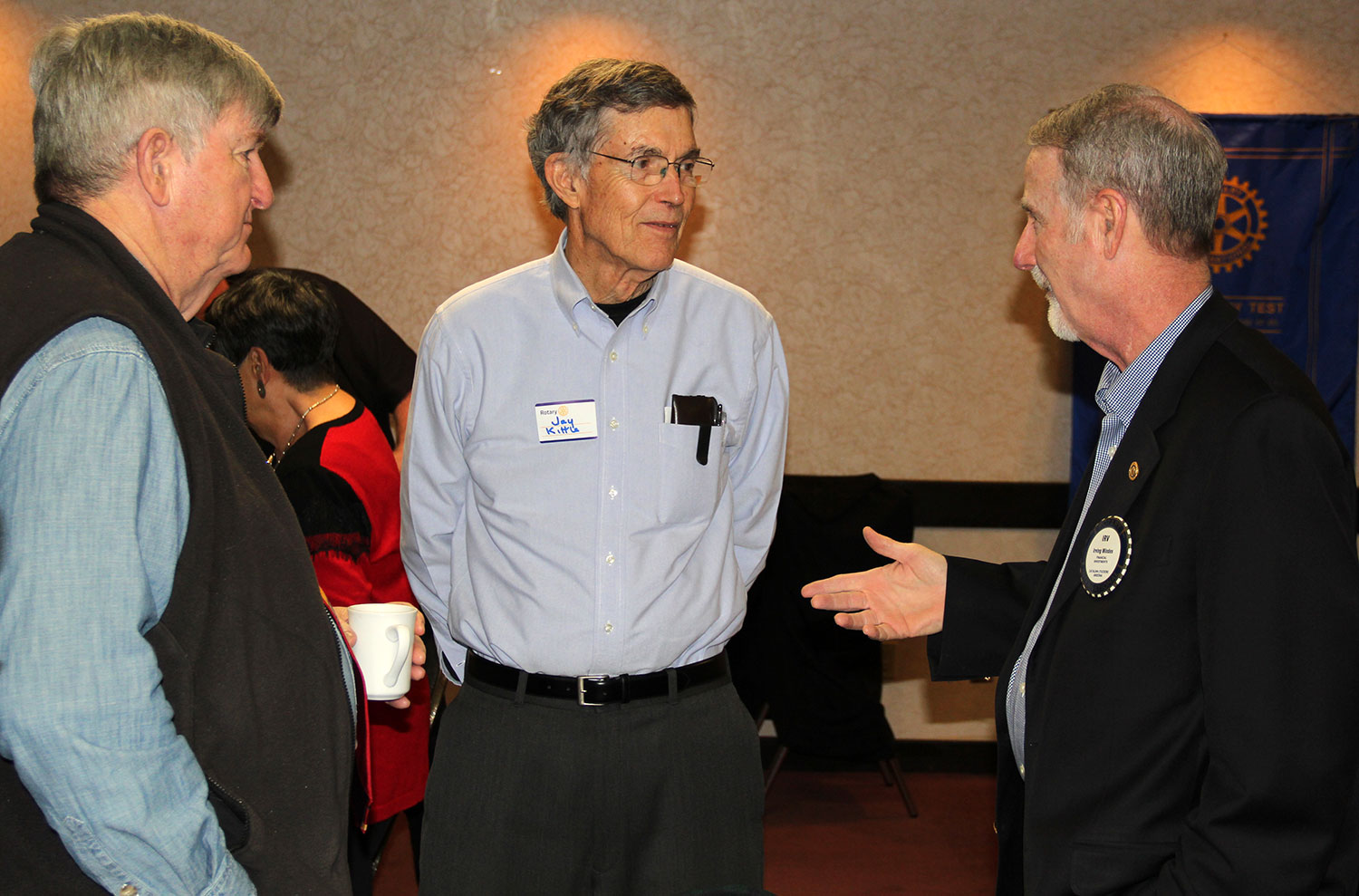 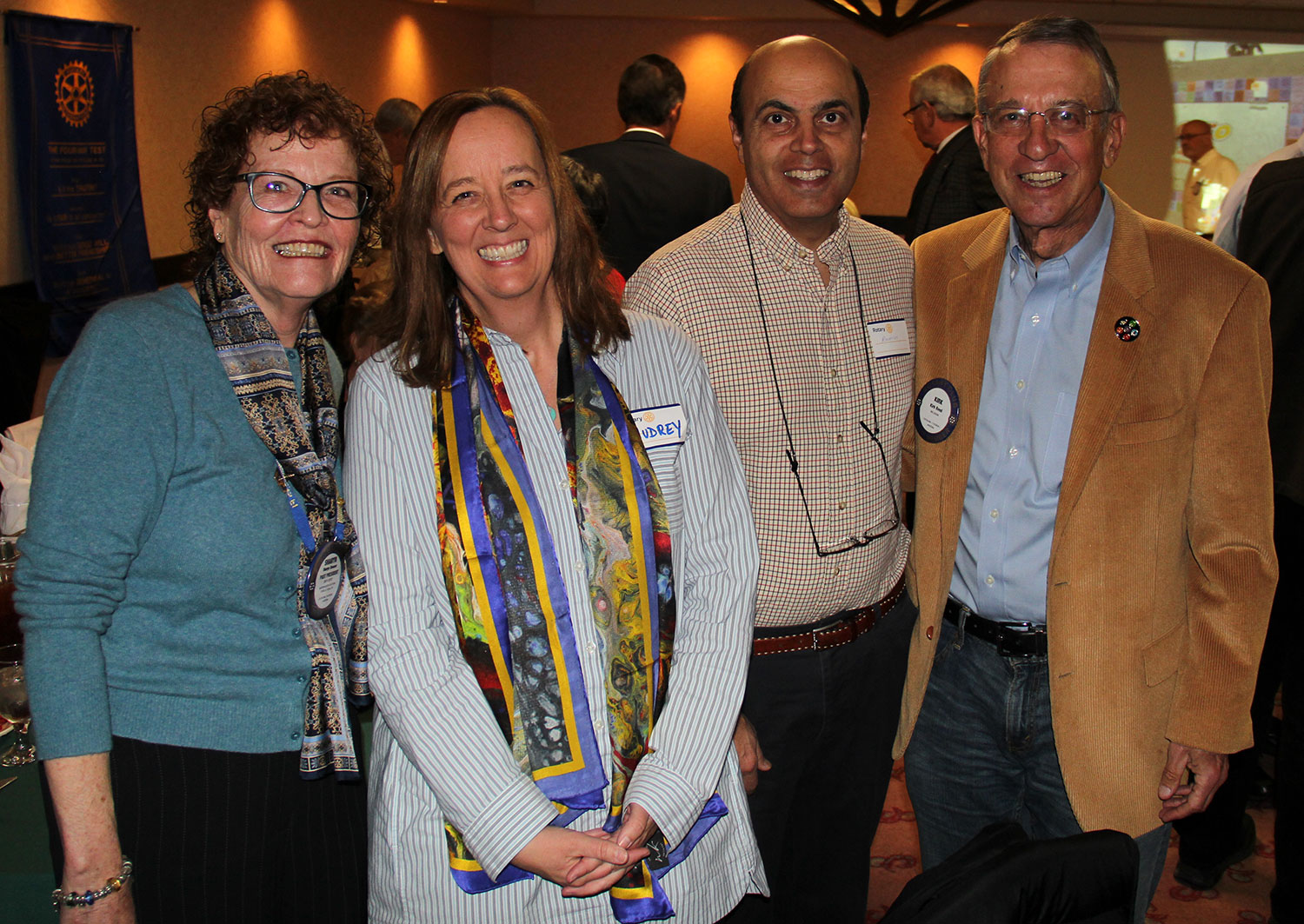 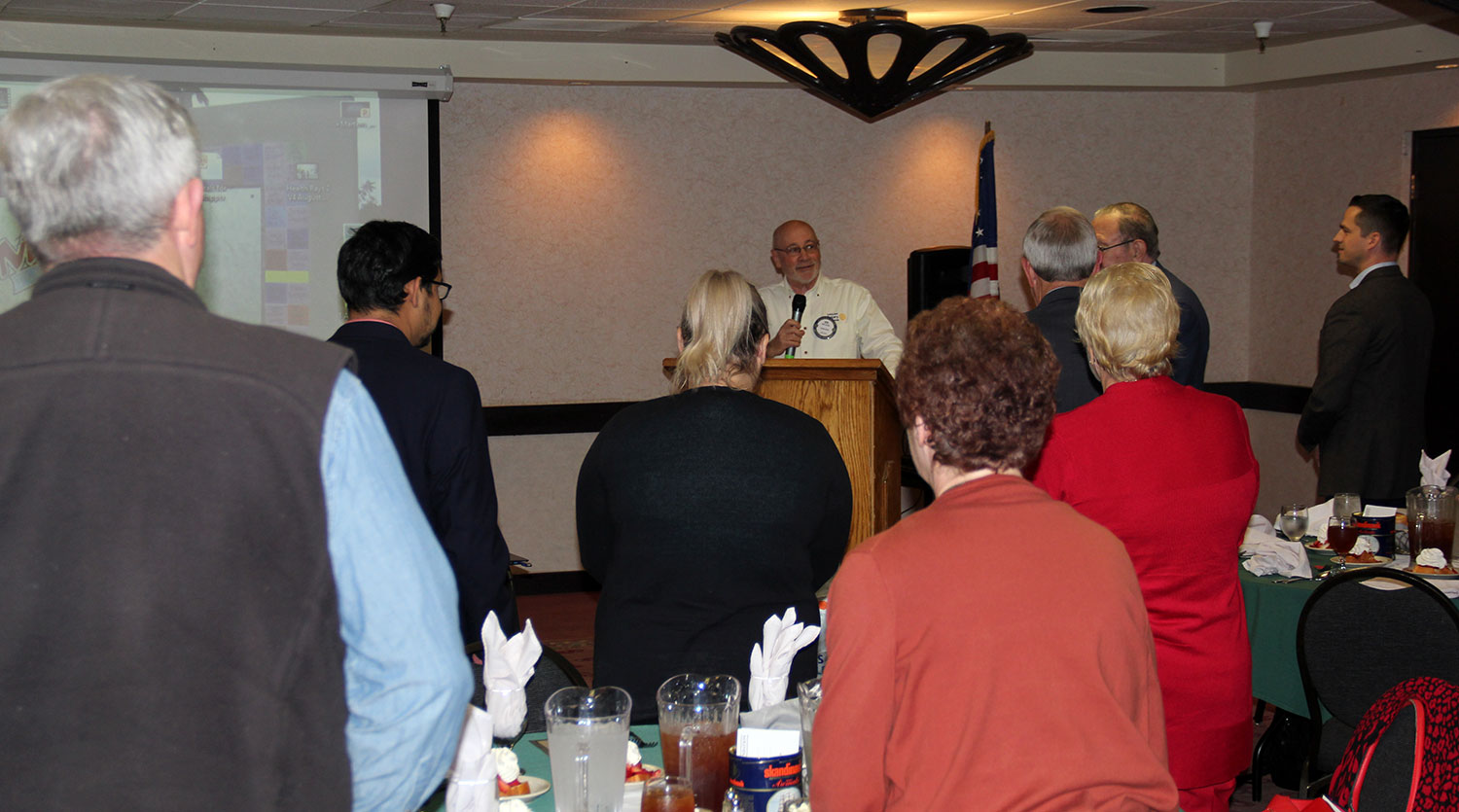 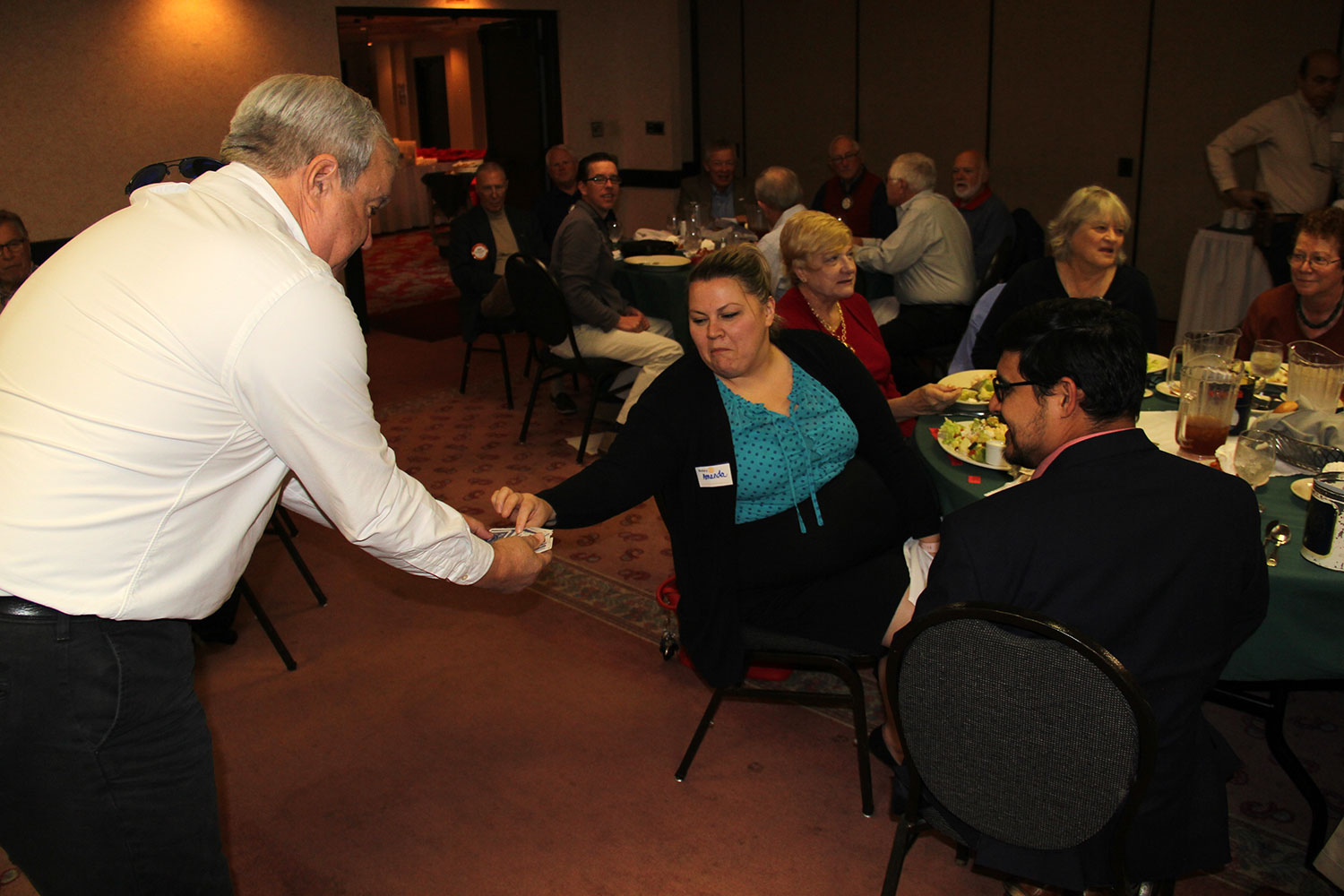 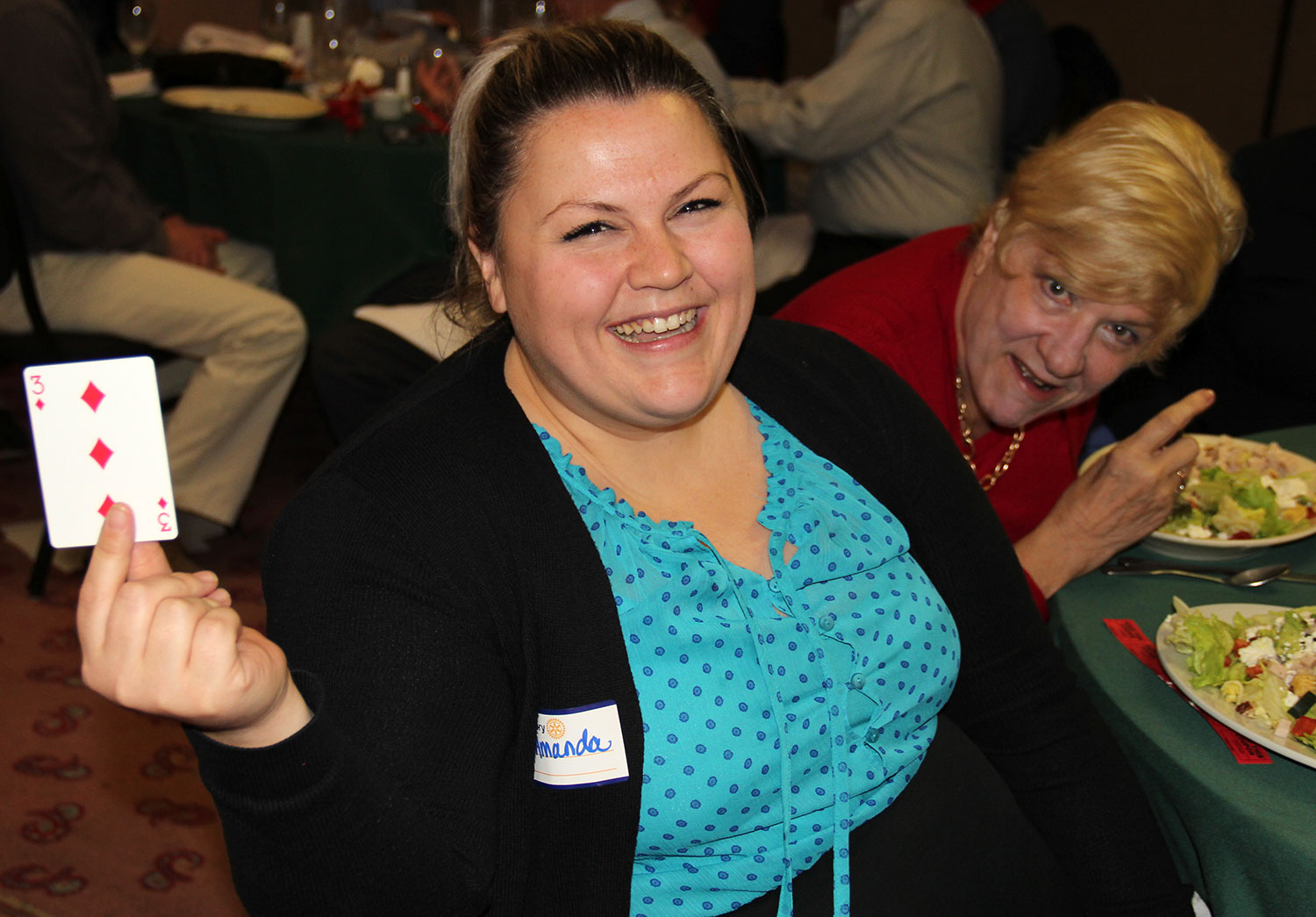 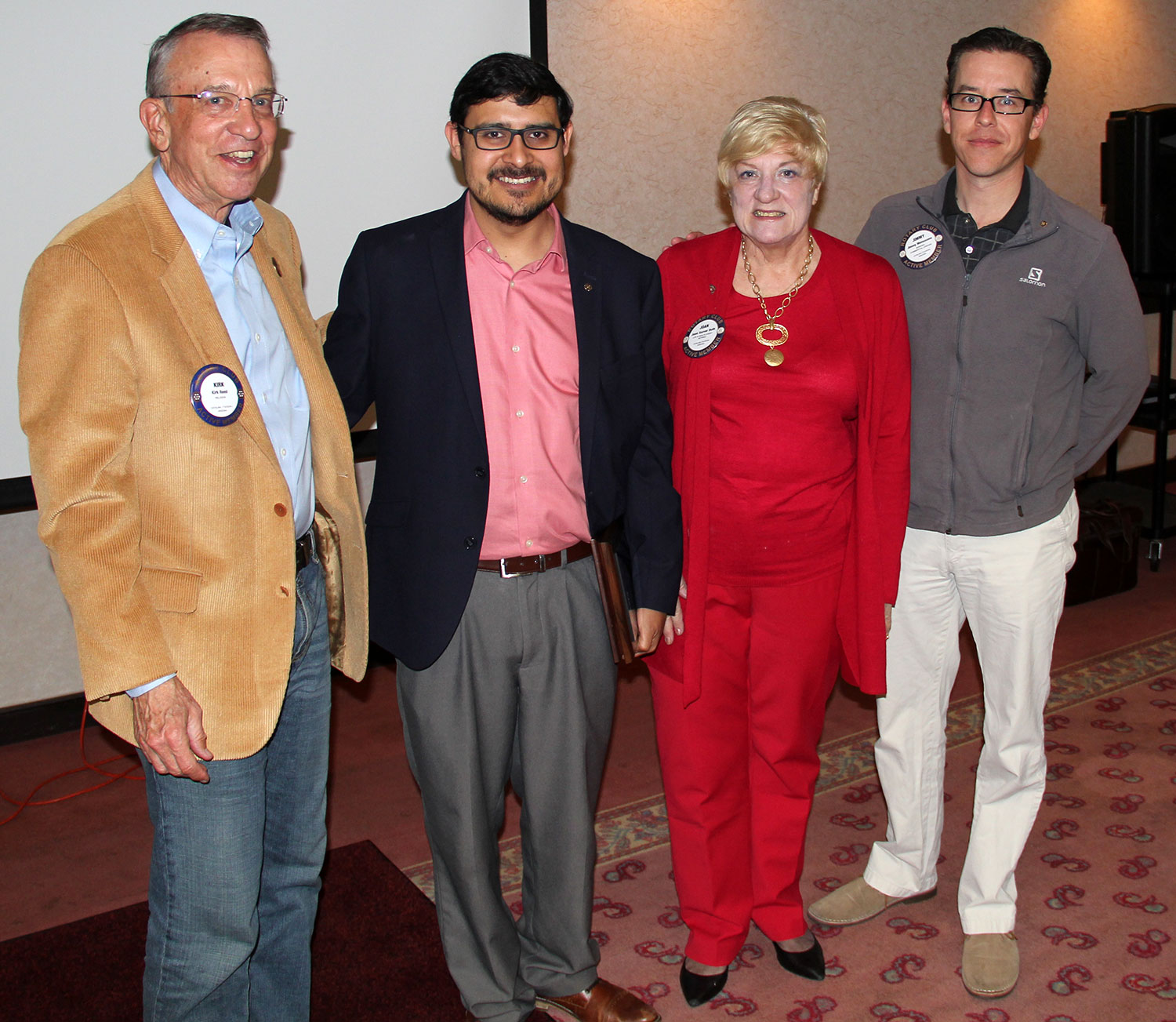 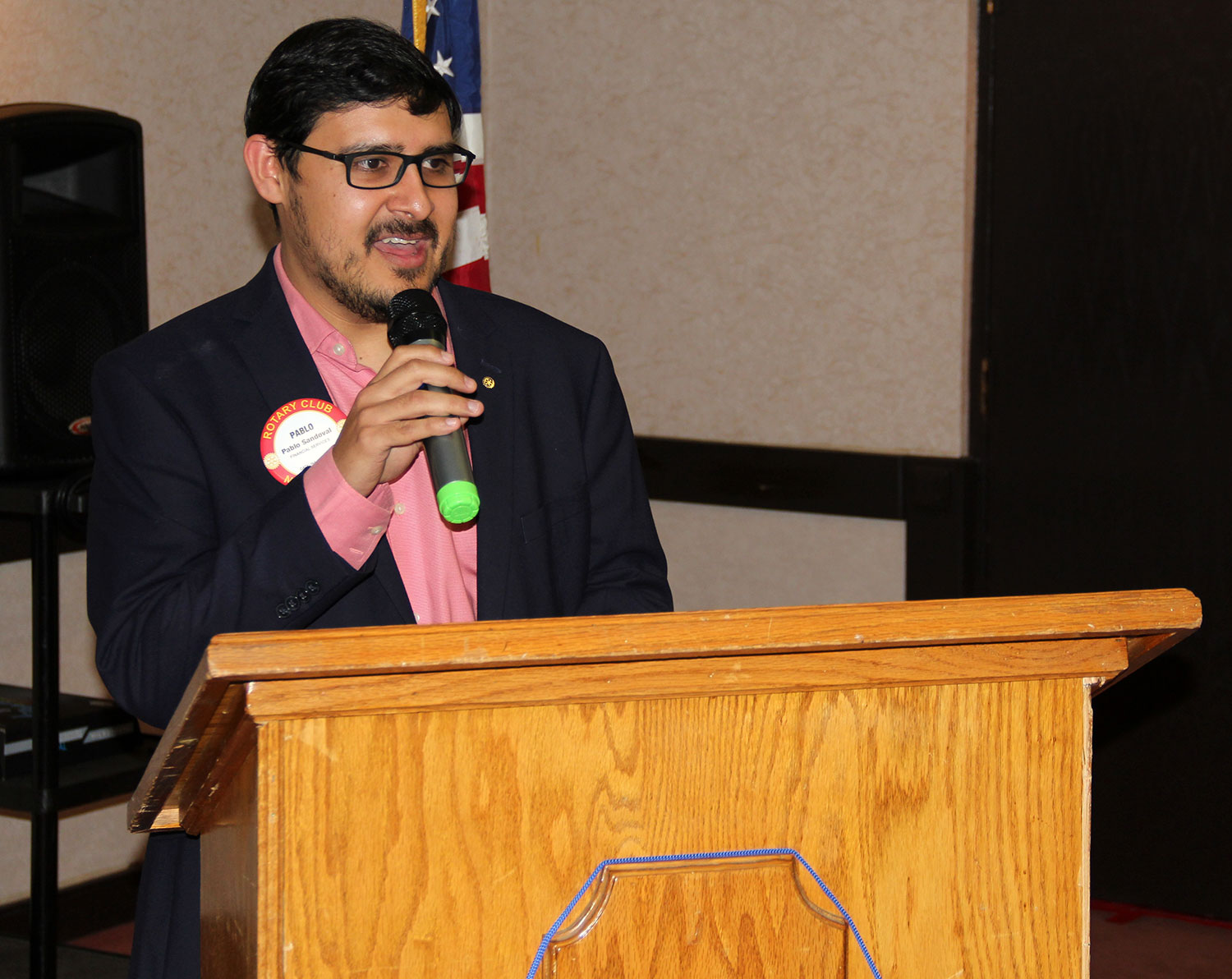 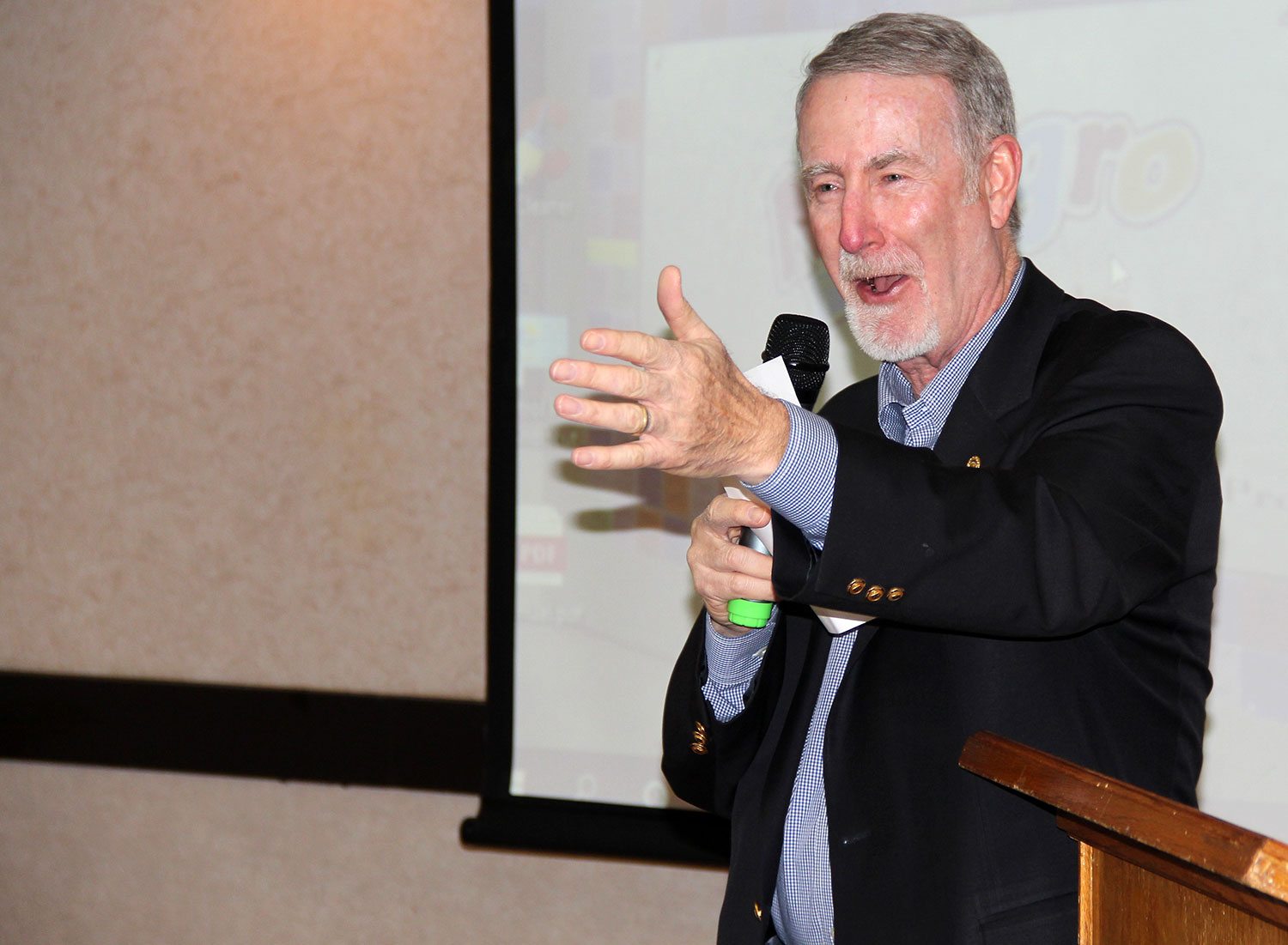 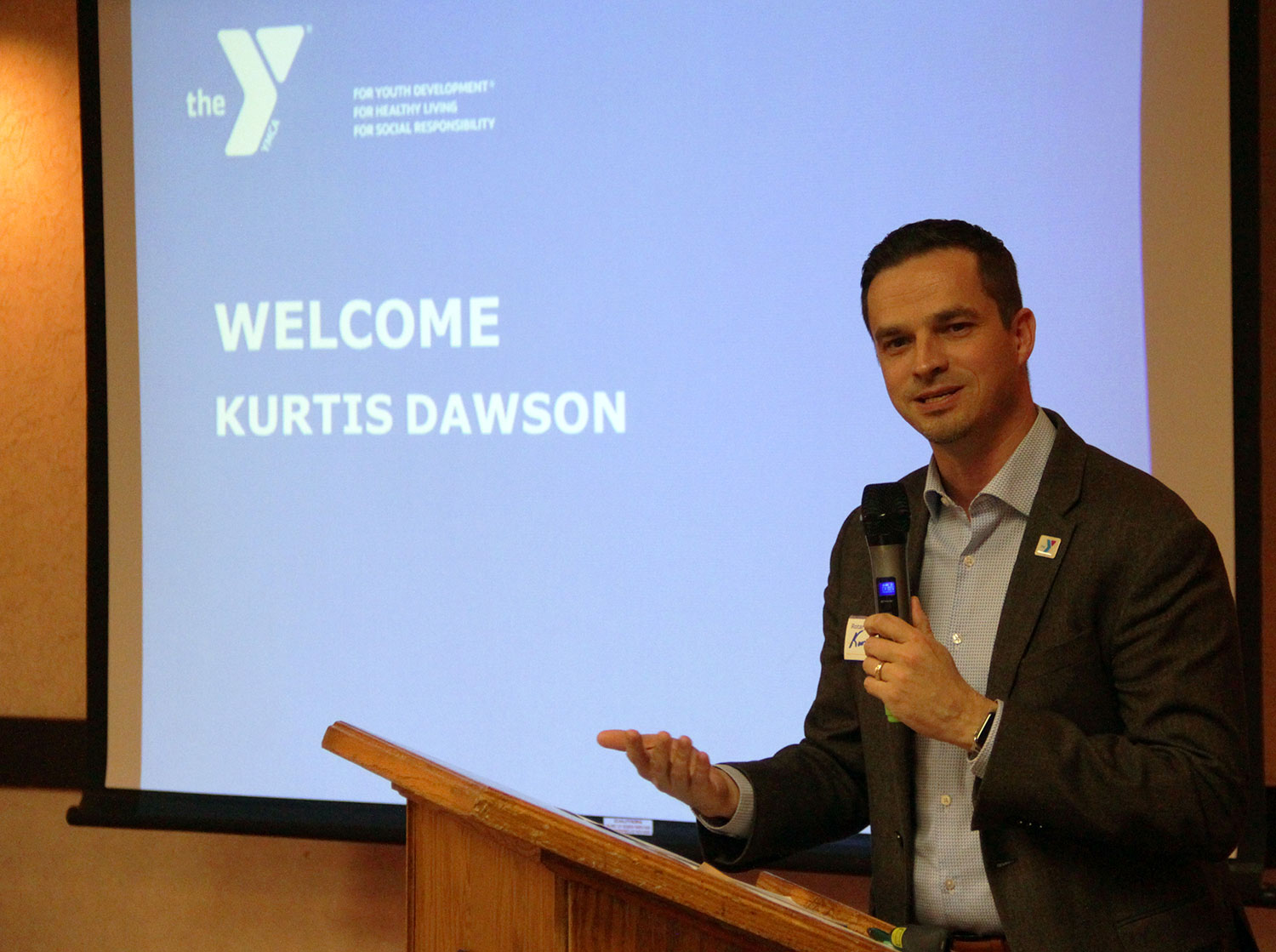