President Bob Grady gaveled the meeting to order at 12:10 pm and then led us in the Pledge of Allegiance.

Today featured the largest pot in our history. Michael Troughton awarded Maria Elena McElroy $25 for the joker she drew.

PP Pat Egbert informed us that the Big Raffle to support our Center for Creative Arts for the Boys & Girls Clubs is a Go.

Sgt at Arms Norm Rebenstorf focused his questions on Codes of Conduct like the 4-Way Test and Code of the West.
Happy Bucks: Maria Elena McElory shared the news that the Mariachi Conference was a huge success with 870 students participating.
Elise Jumbelick said her pregnancy is going well and thanked the members for their support. She gave a leg up in honor of the club and her nephew who was finally released from the hospital the end of April and hopefully will be allowed to go home to Yuma.

Jo Anne Westerman introduced the program and speaker Joe M.Camarillo who was born in Ajo, AZ, lived off the reservation, graduated from University of Arizona in hotel management and was eventually hired to focus on the history of Old Tucson and the essence of the many cultures who developed it. He first researched his own Tohono O’odham culture.
Built in 1939 by Columbia Pictures for the film Arizona, Old Tucson was fashioned as a replica of 1860 Tucson. In order to create the adobe structures, tribal workers from the Tohono O’odham Nation were hired. (Those buildings still stand for the 80th Anniversary.) People from the area were hired including Tohono O’odham as Native Americans.
Joe brought amazing baskets, jewelry, blankets and photos.

Click on a photo below to open the gallery and read the photo captions. 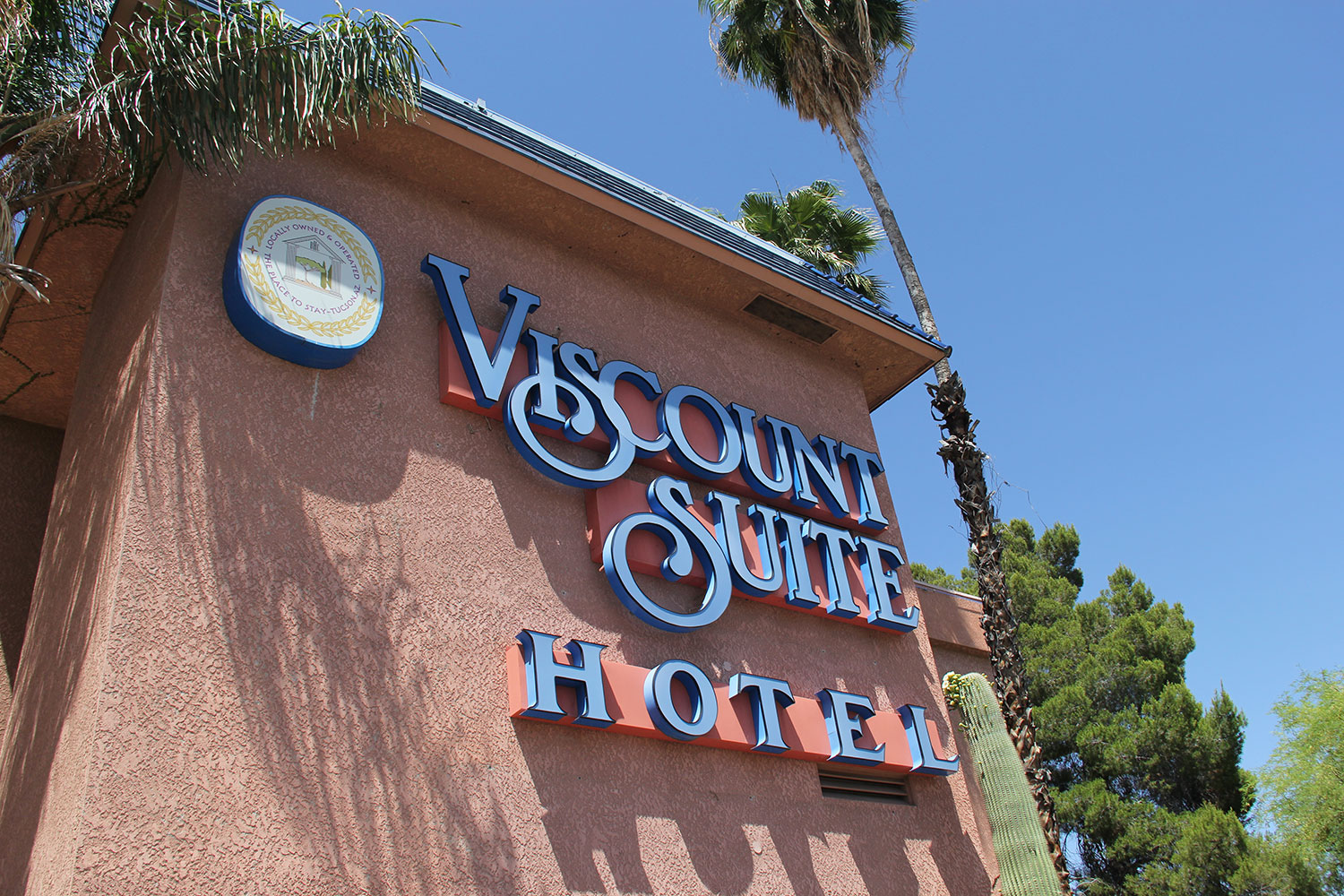 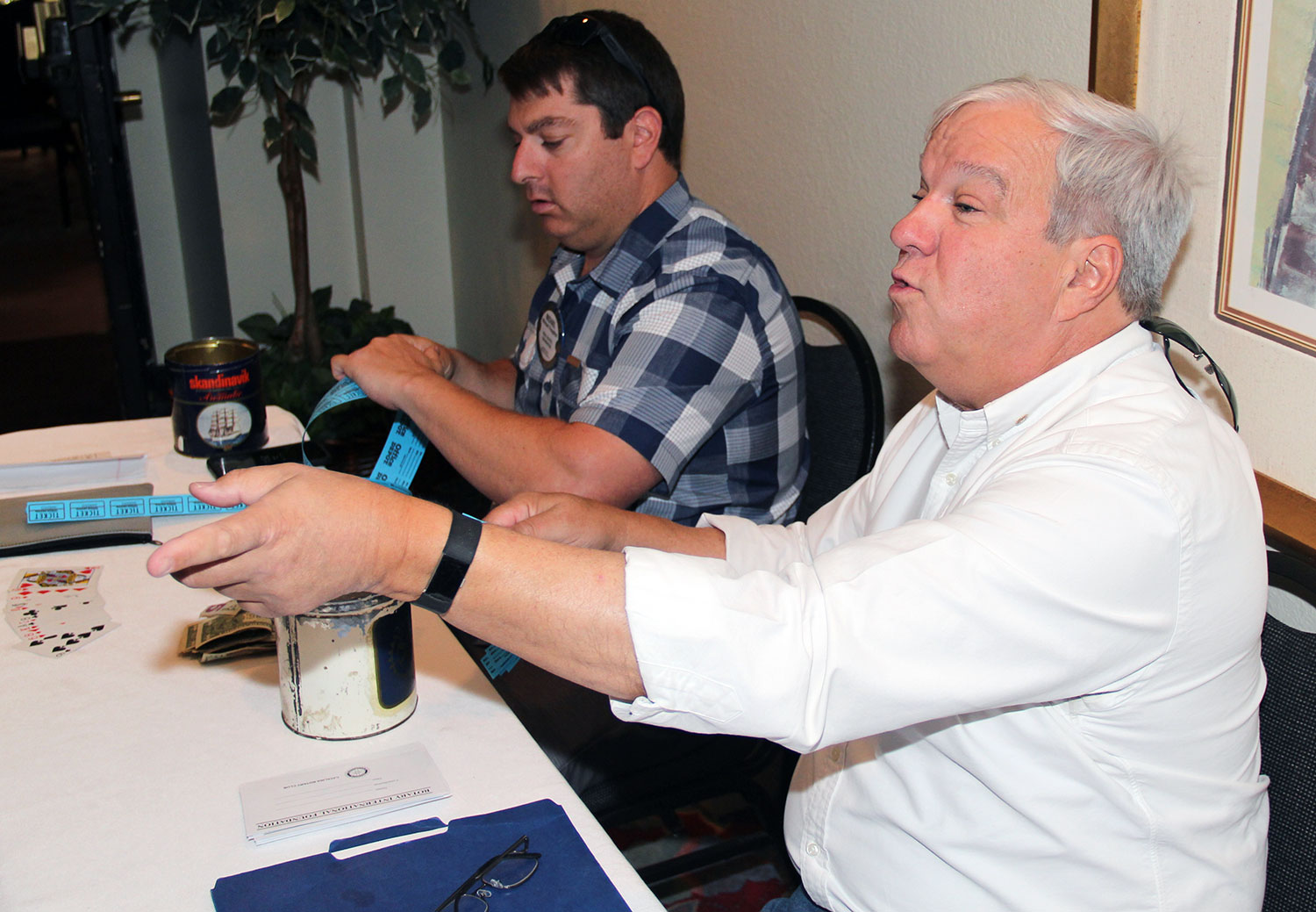 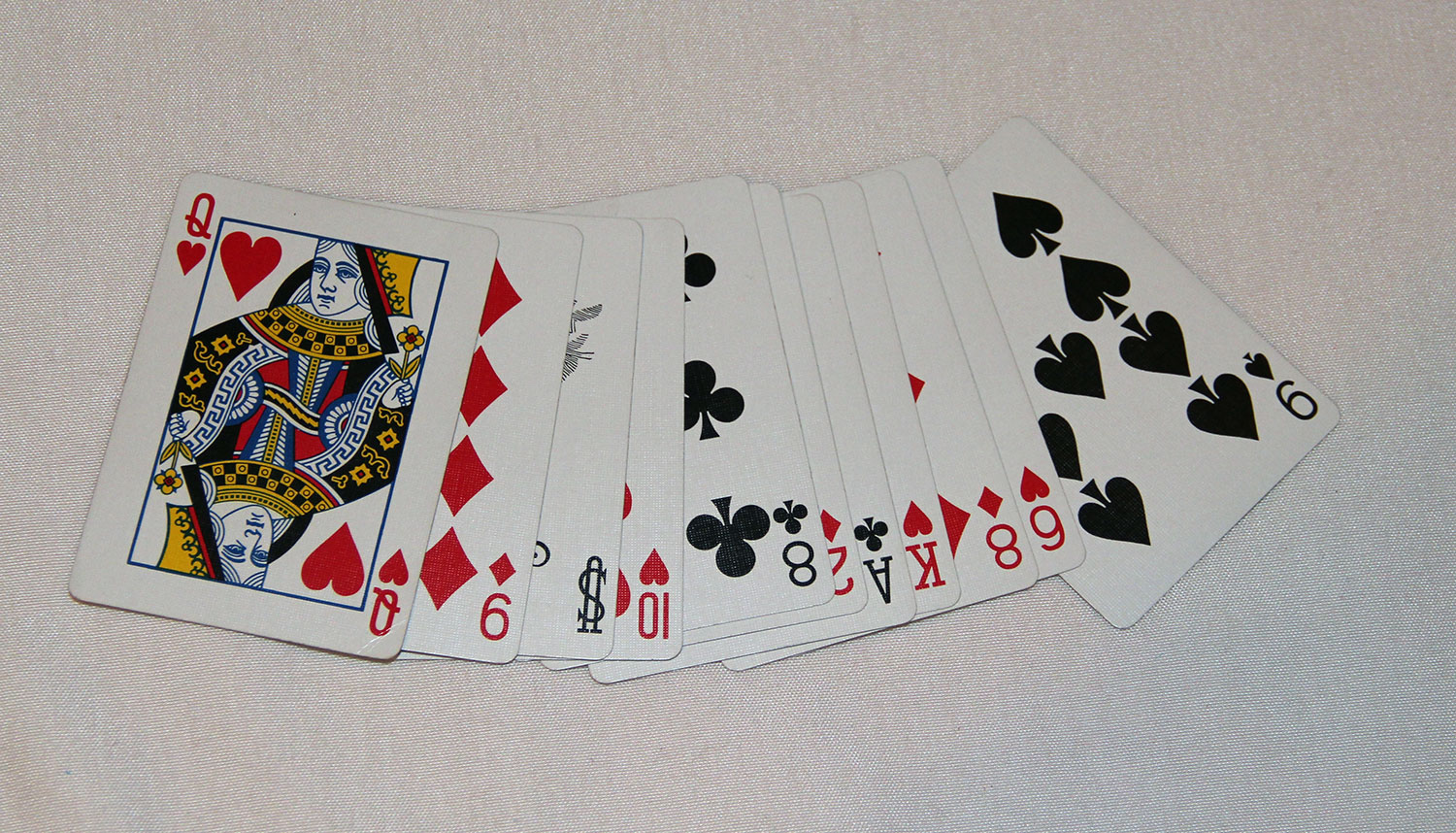 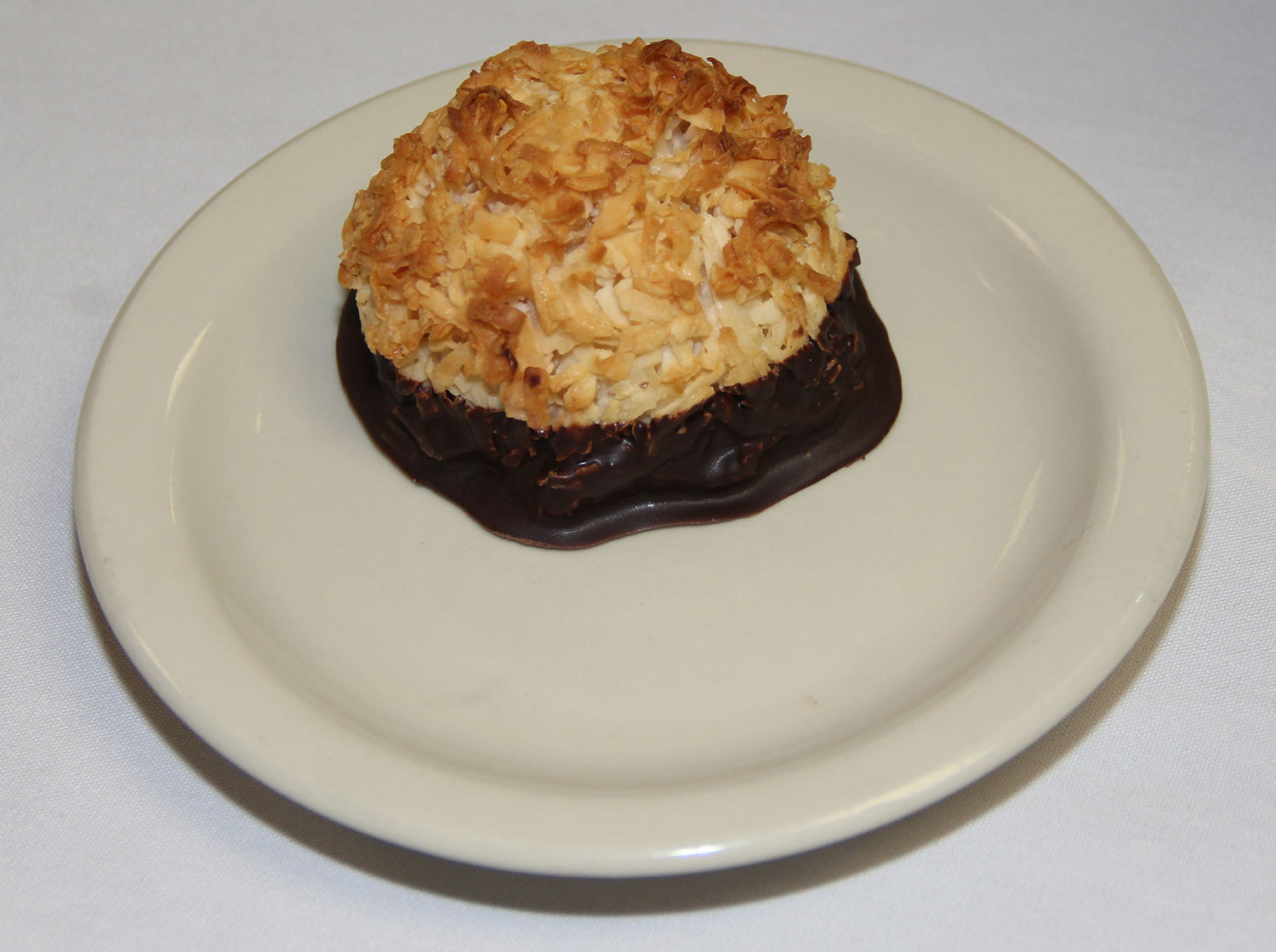 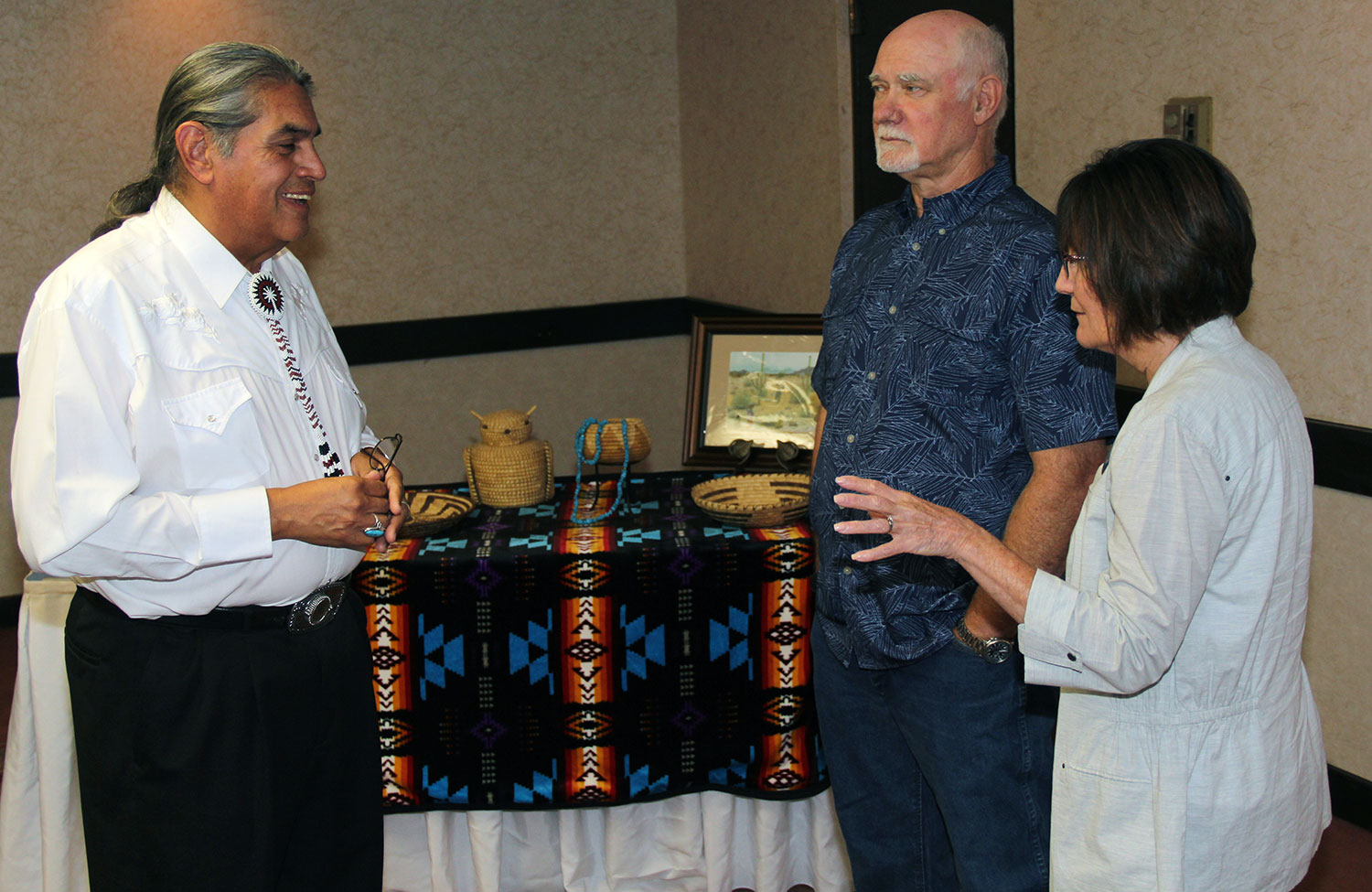 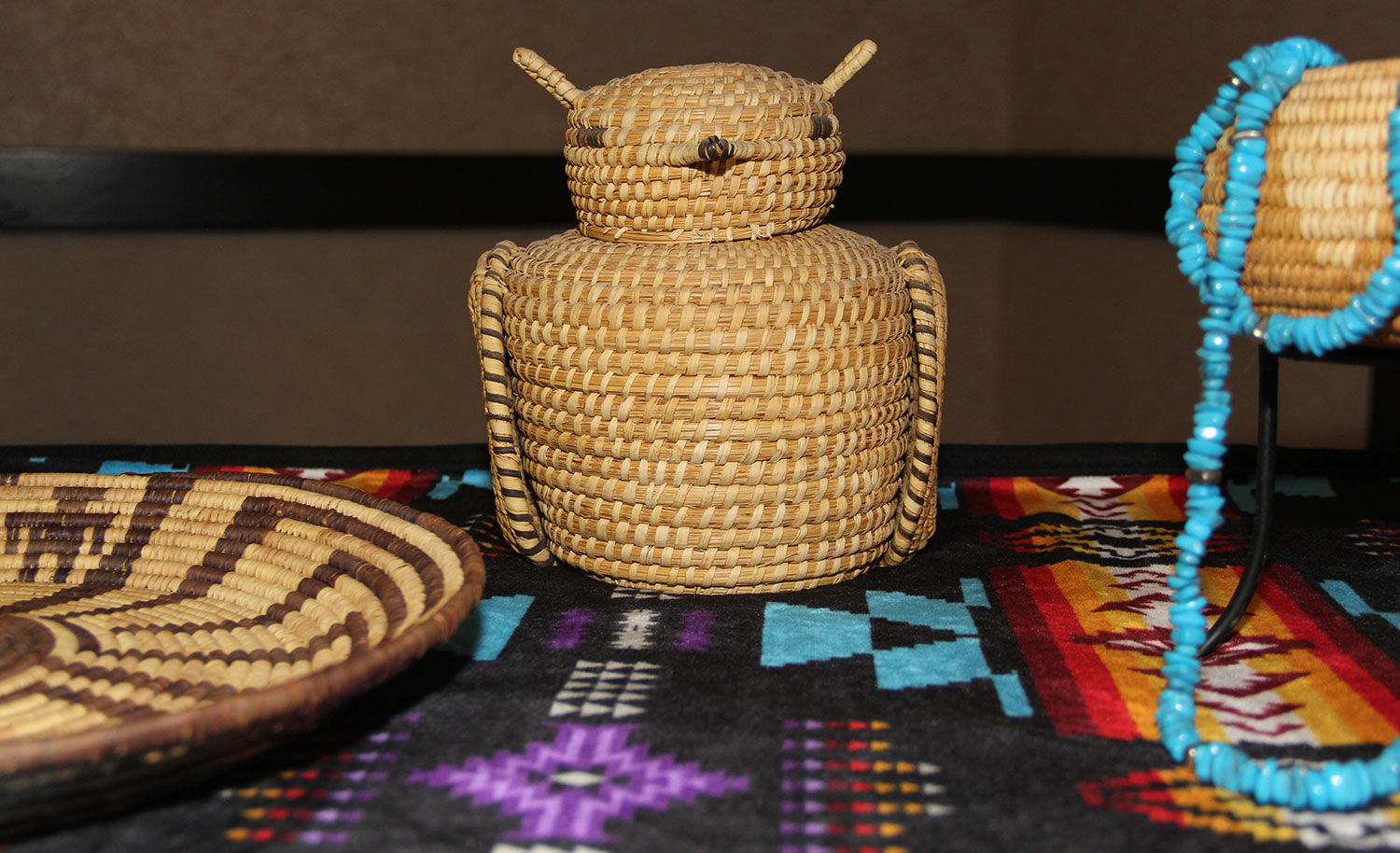 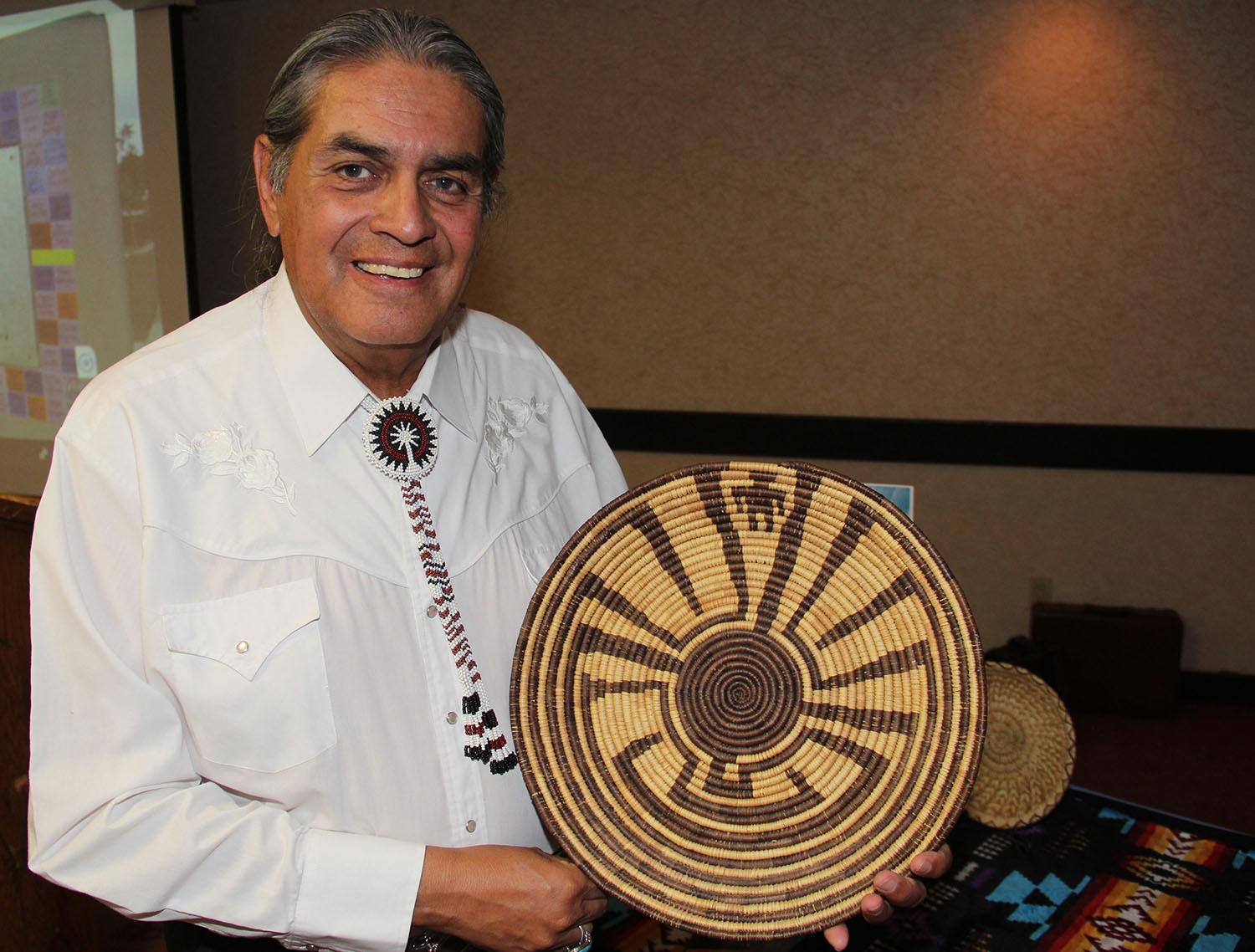 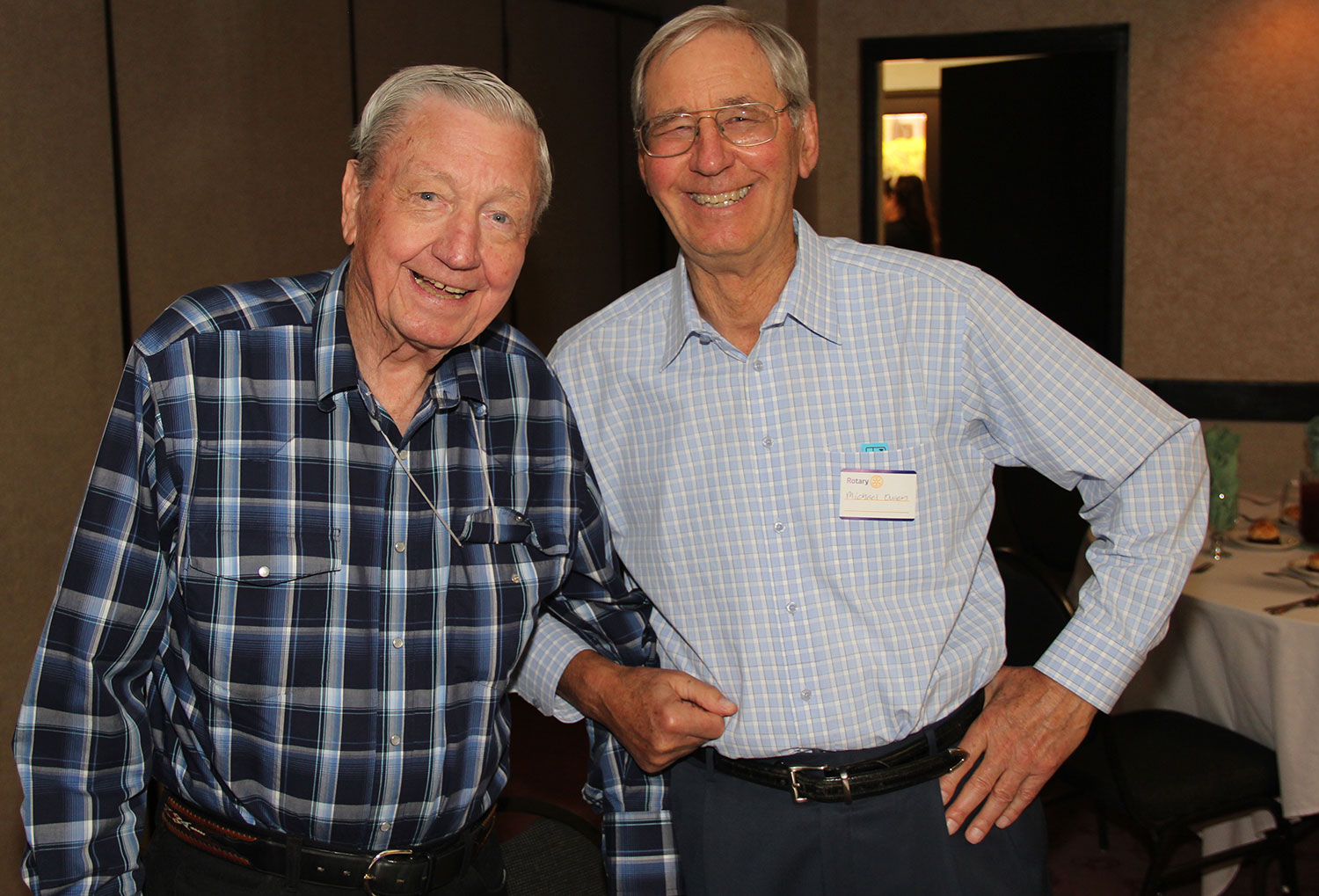 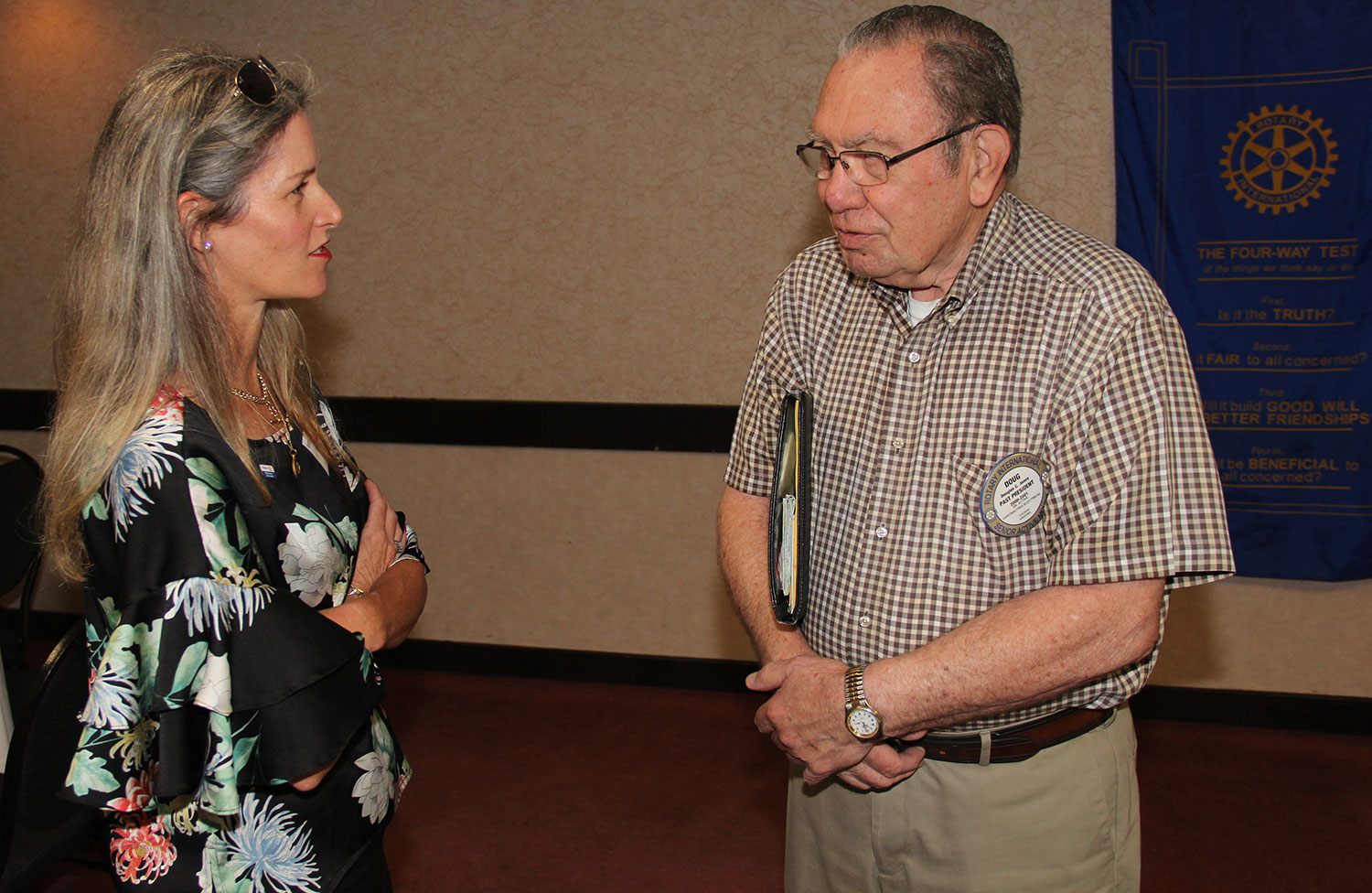 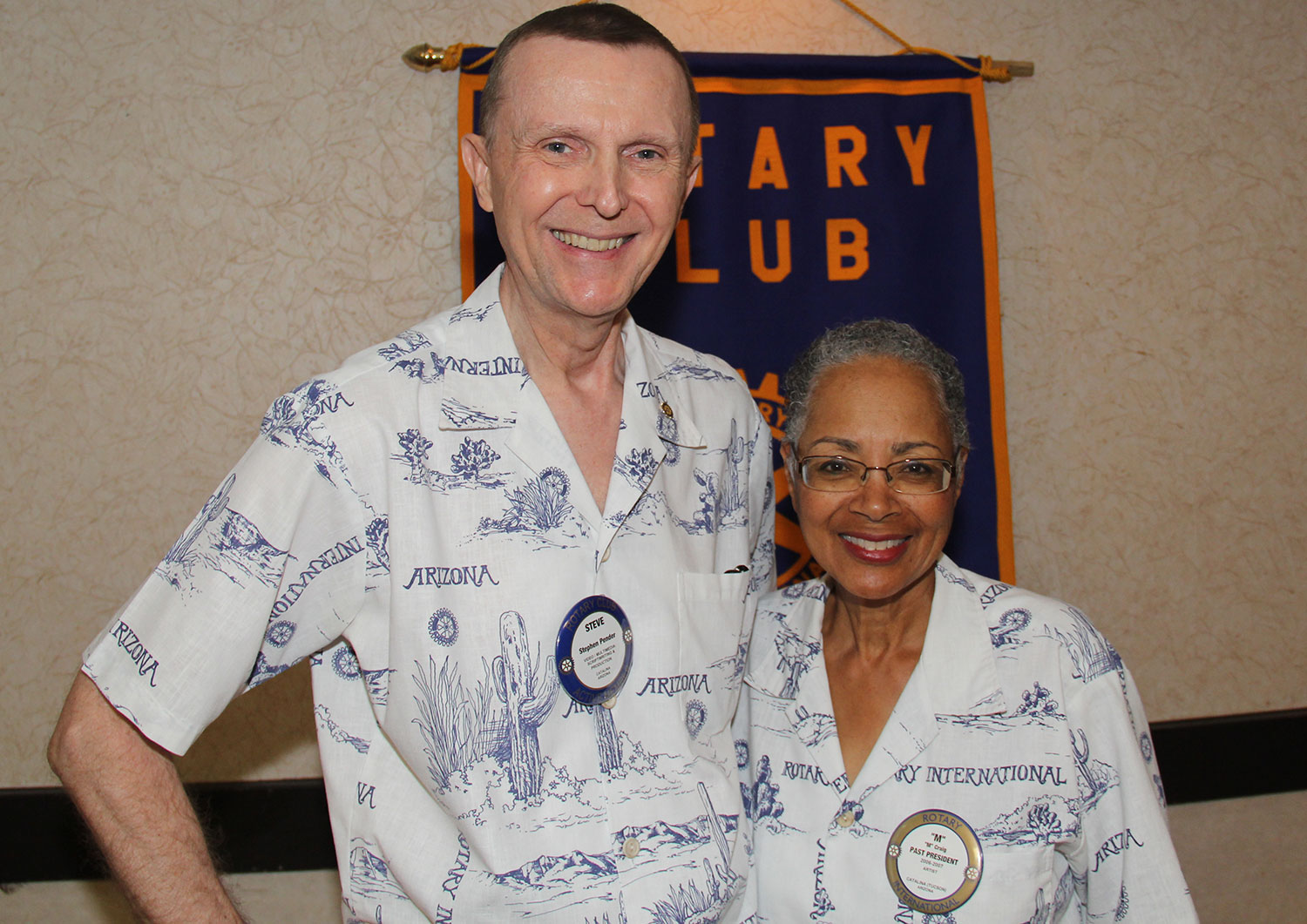 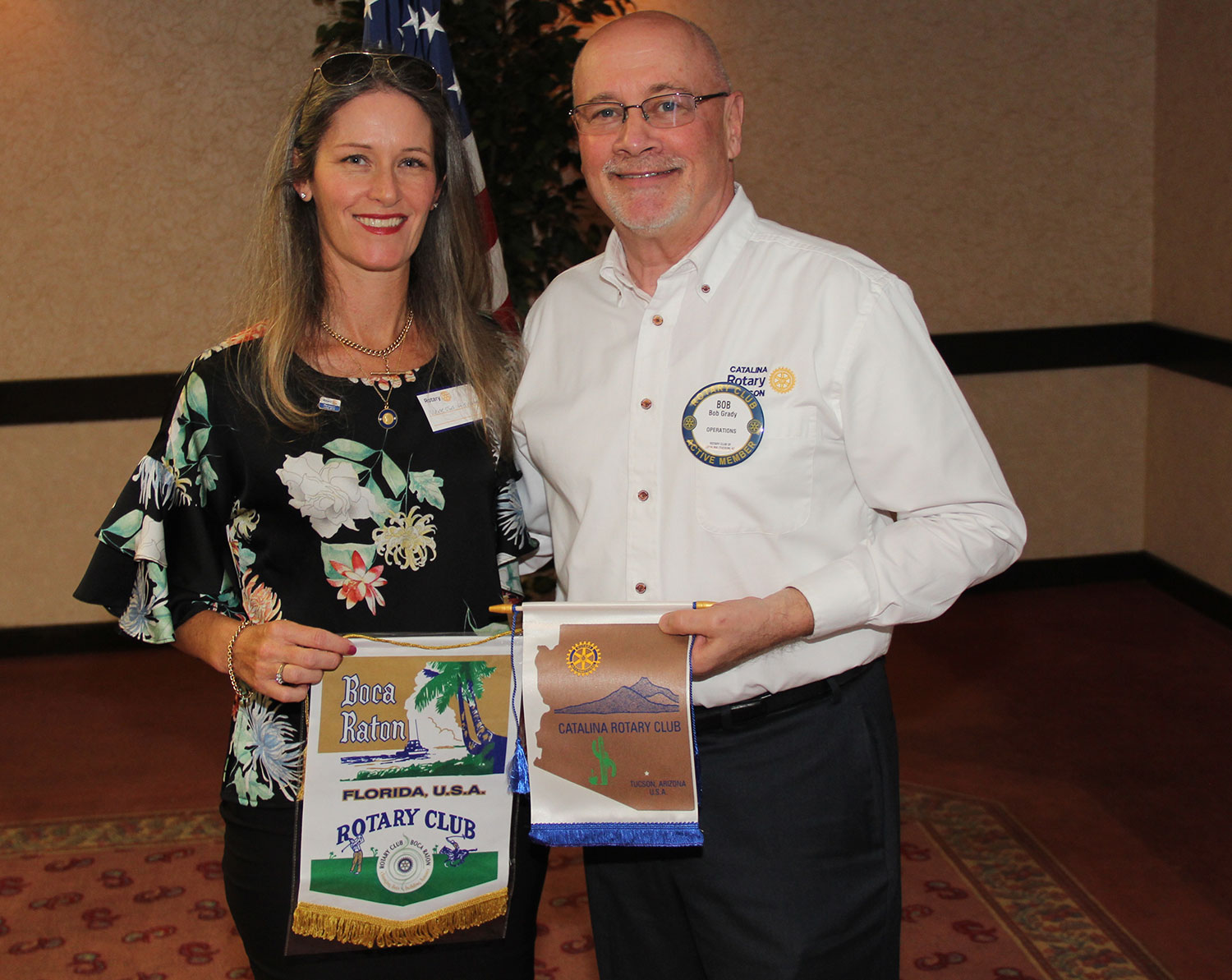 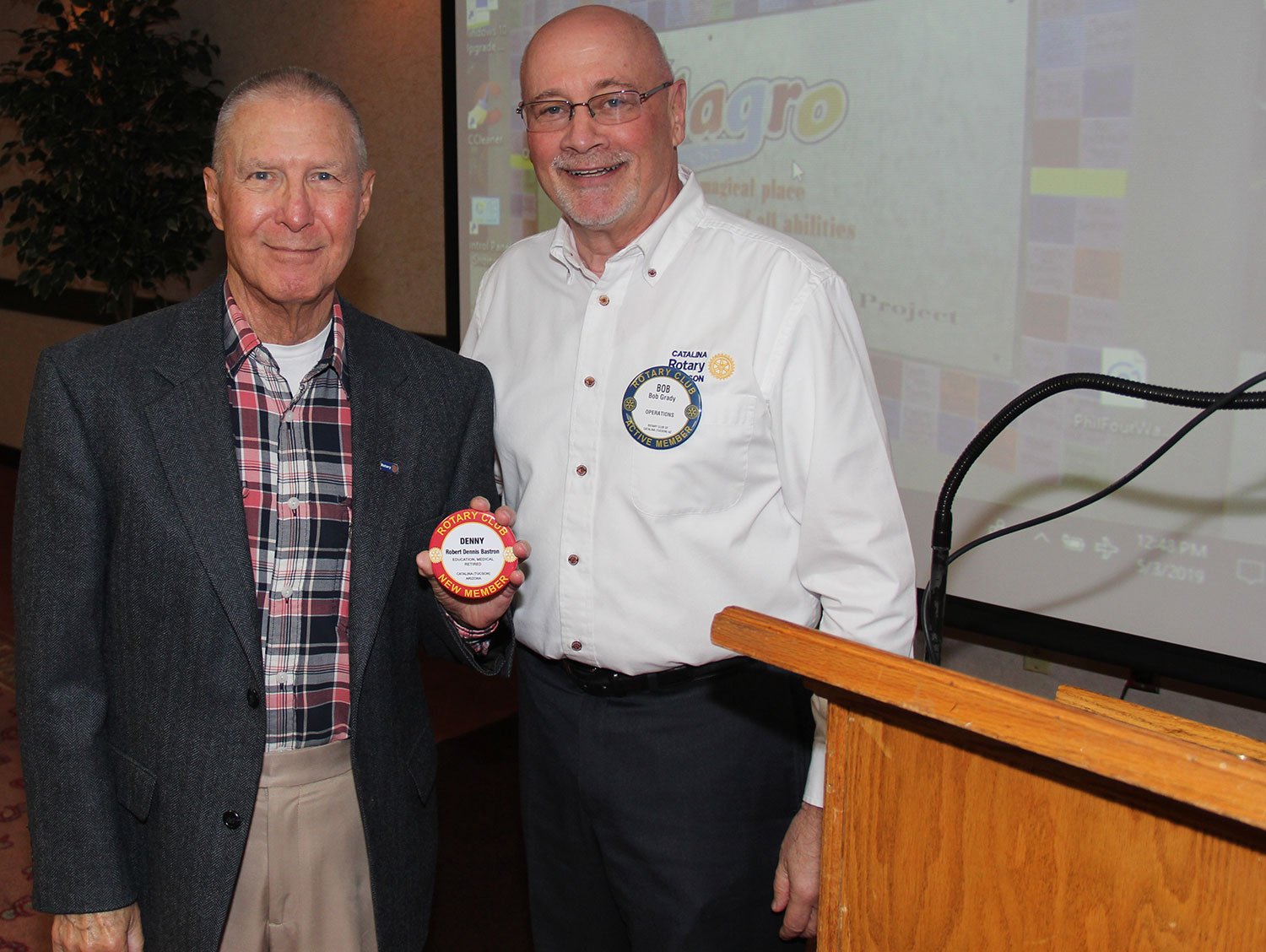 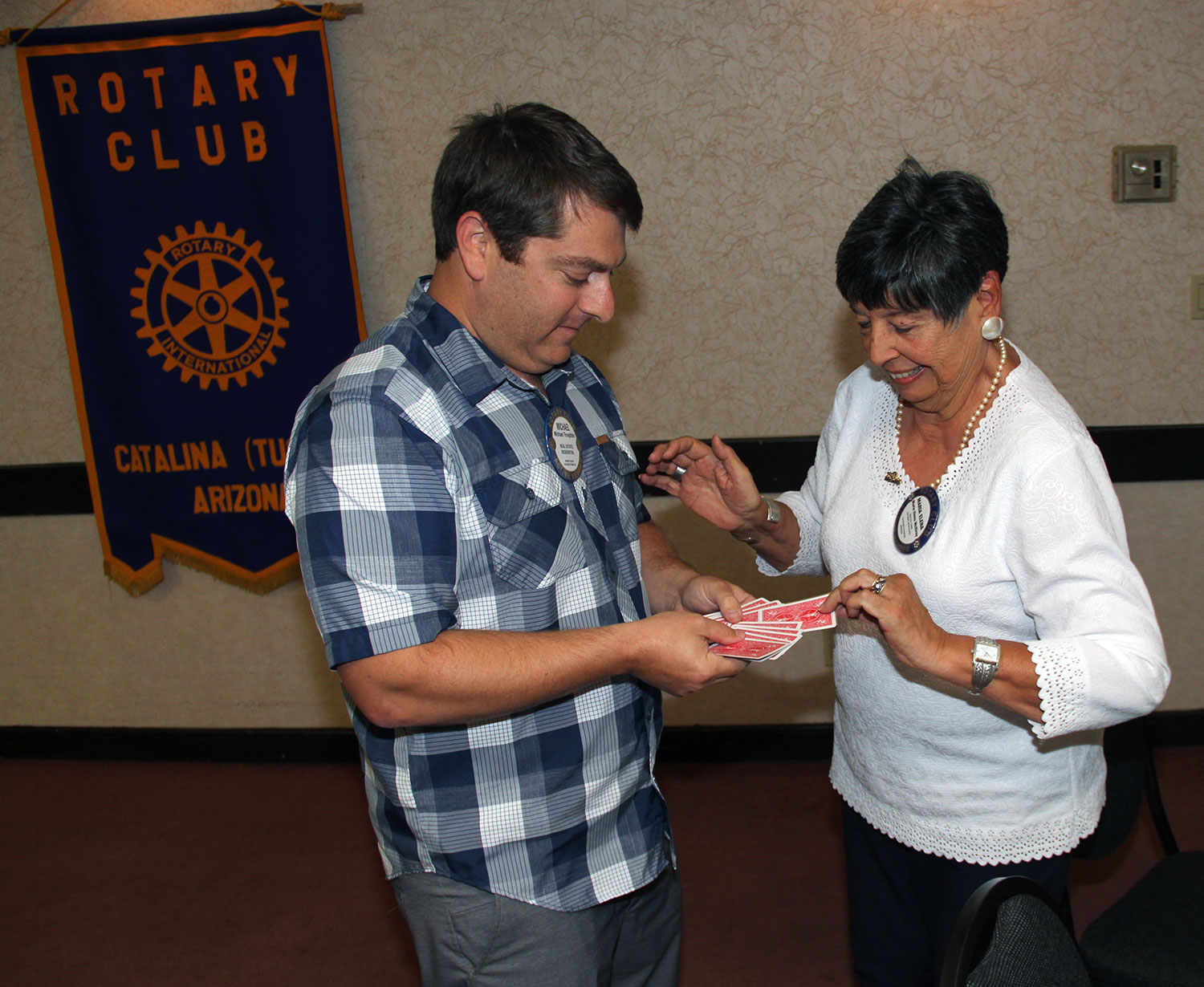 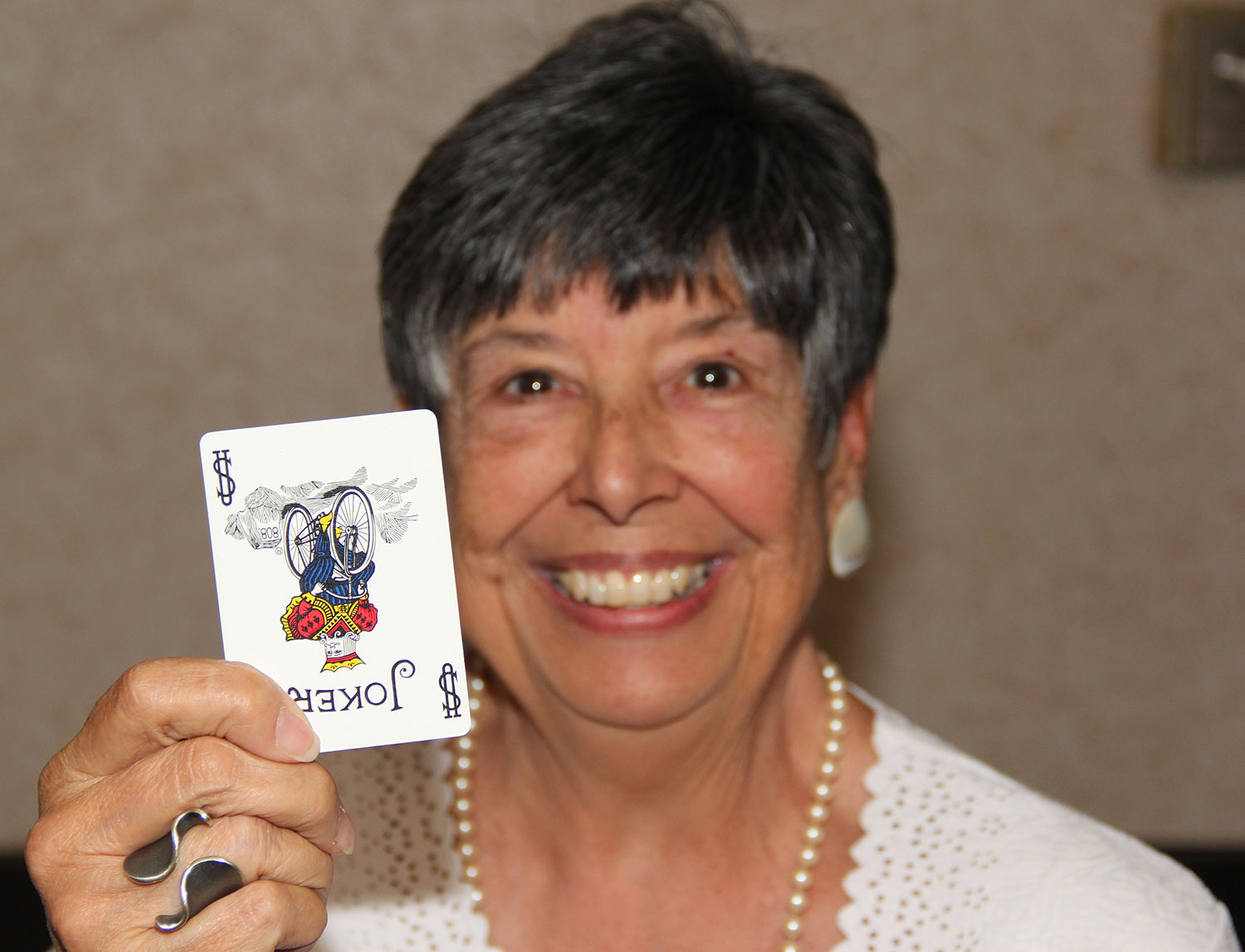 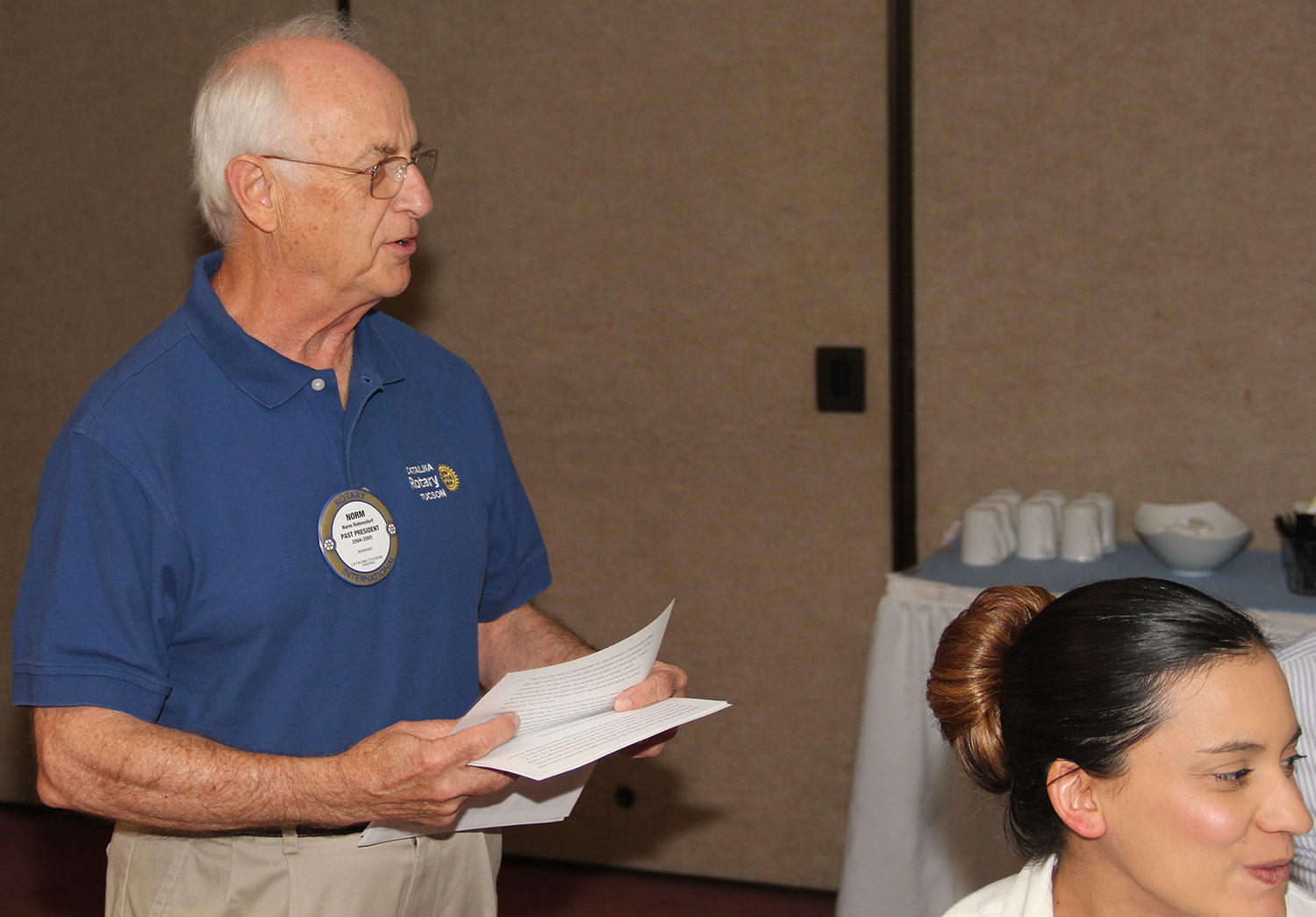 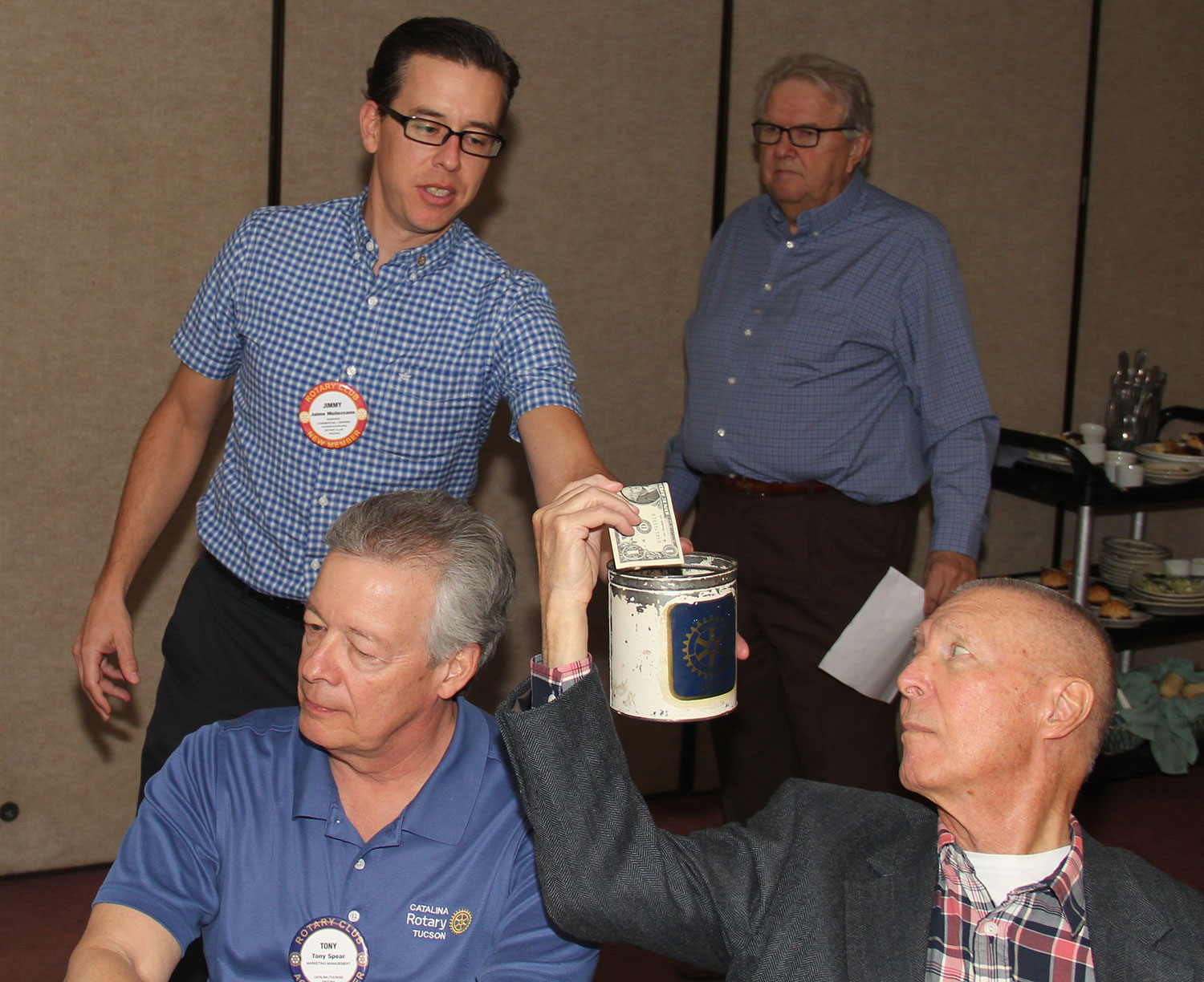