President Bob Grady opened the meeting to a full house (12:10) and, after the pledge, M Craig offered the invocation, smiles and a song (Irish Eyes are Smiling), a Jim Kingston favorite!

President Bob announced that we made $25,000 from our recent fundraisers at the Rodeo and Golf tournament beer sales. In addition, he reminded us to put our March Happy Hour Meeting on your calendar: Thurs., 3/28, (5:30 pm) at Tasting & Tapas Ventana by Wilhelm Family Vineyards at Ventana Plaza (Piazza Gavi) near Sunrise & N Kolb. No Rotary meeting on Friday, March 29th. The Day of Peace is also coming up on April 6 at Wakefield School, 101 W 44th (west of 6th Ave). Workshops include active learning, listening, and working toward a vision of positive peace. Fundraising opportunity for one of our youth groups: The 2019 Youth on Their Own Spring Lunch Event will be on March 20th; Registration opens at 11 am (Tucson Convention Center), with lunch and program from noon – 1 PM. Tony Spear is hoping to get Catalina Rotarians to sponsor a table (maybe even two) to celebrate the many YOTO youth who have worked hard to graduate from high school and the donors, volunteers and community members who have helped make this success possible! Tickets are $45 per person. Card going around for Dick Stein who is continuing his recovery.

This week’s pot is $1559 for the winner and only 19 tickets left – so lots of ticket sales! Pat Egbert came up with the winning number, but drew the 3 of hearts. Close BUT….! The pot rolls over.

SAA Tom Robertson started his efforts by swapping badges with Tom Jones who had appropriated Tom Robertson’s badge for today’s meeting. Irv Mindes then took over giving lots of kudos to the brave souls who came to the Rodeo to sell beer in spite of the snow. Happy bucks from Pat Dwyer for her upcoming presentation at the Pima County Library on her recent trip to the Sudan, from Ron Goodsite for his 57 years of marriage, and from Steve Pender for Carol Friedhoff’s rodeo tip-raising prowess. Definitely happy tidings!

Pat Egbert then asked Matt Matthewson to introduce our speaker, Major General Andrew A. Croft. General Croft is the Commander of the 12th Air Force (Air Forces Southern) at Davis Montham Air Force Base in Tucson. The Twelfth Air Force ensures the readiness of seven active duty wings and one direct reporting unit for contingency operations. He also oversees 21 units from the Air Force Reserve and Air National Guard, totaling more than 630 aircraft with more than 45,000 Airmen. As the air and space component to U.S. Southern Command, Air Forces Southern conducts security cooperation and provides air, space, and cyberspace capabilities throughout Latin America and the Caribbean. Details and maps about these commands, including updates on Venezuela and other challenging areas in South America brought very timely information to our Rotary meeting.

Major General Croft received his commission through ROTC at the University of California, Los Angeles, in 1988. Following pilot training at Columbus Air Force Base, Mississippi, he served in six flying assignments in the F-15C and flew in support of operations Southern Watch and Northern Watch. He is a graduate of the U.S. Weapons School and served as commander of the 49th Wing at Holloman Air Force Base, New Mexico. He is a command pilot with more than 3,100 flying hours.

In a very unusual occurrence, a prolonged fire alarm marked the end of his talk. President Bob then told Major General Croft that ten children would be vaccinated against polio in recognition of his presentation, and adjourned the meeting at 1:30. 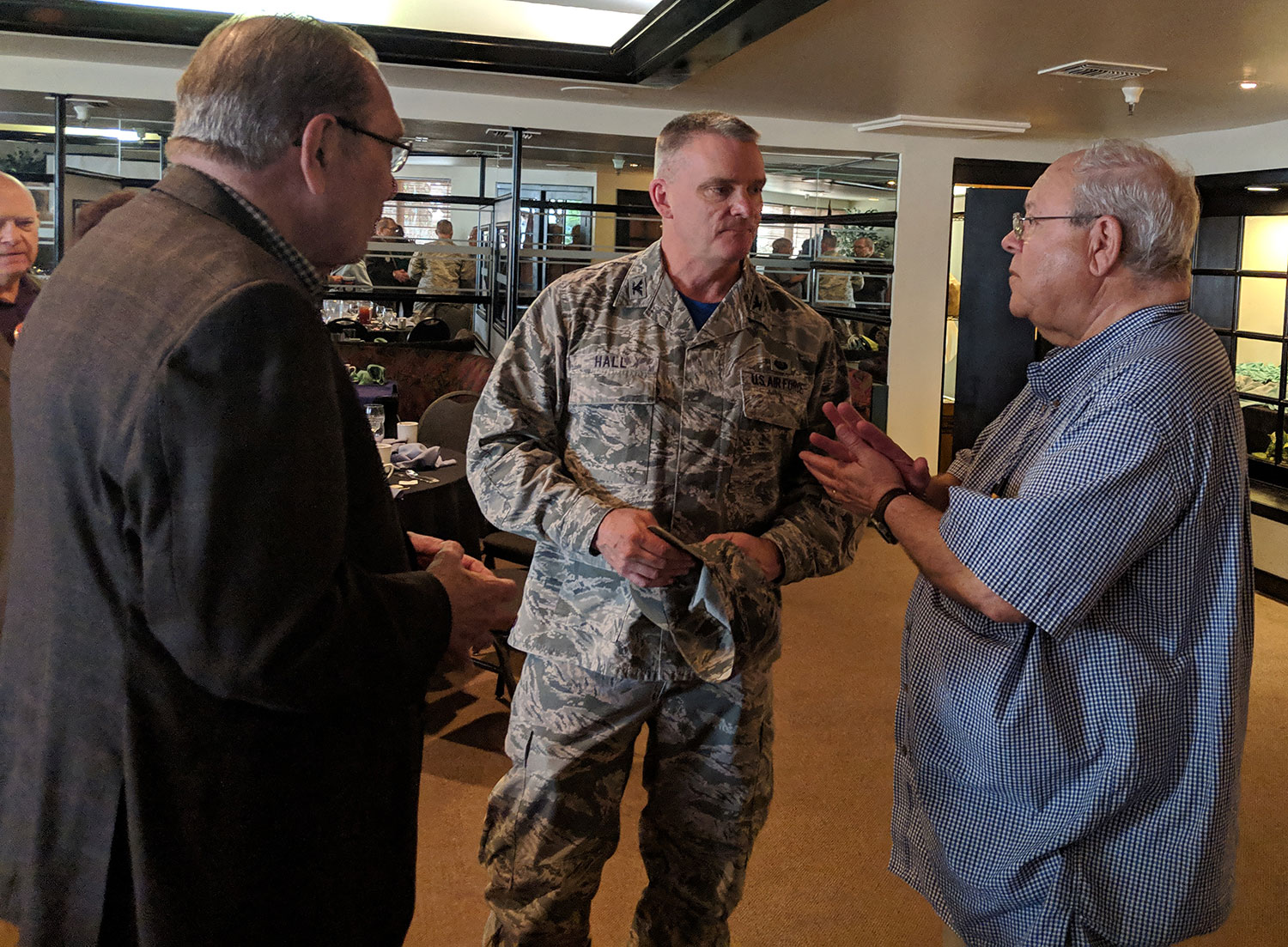 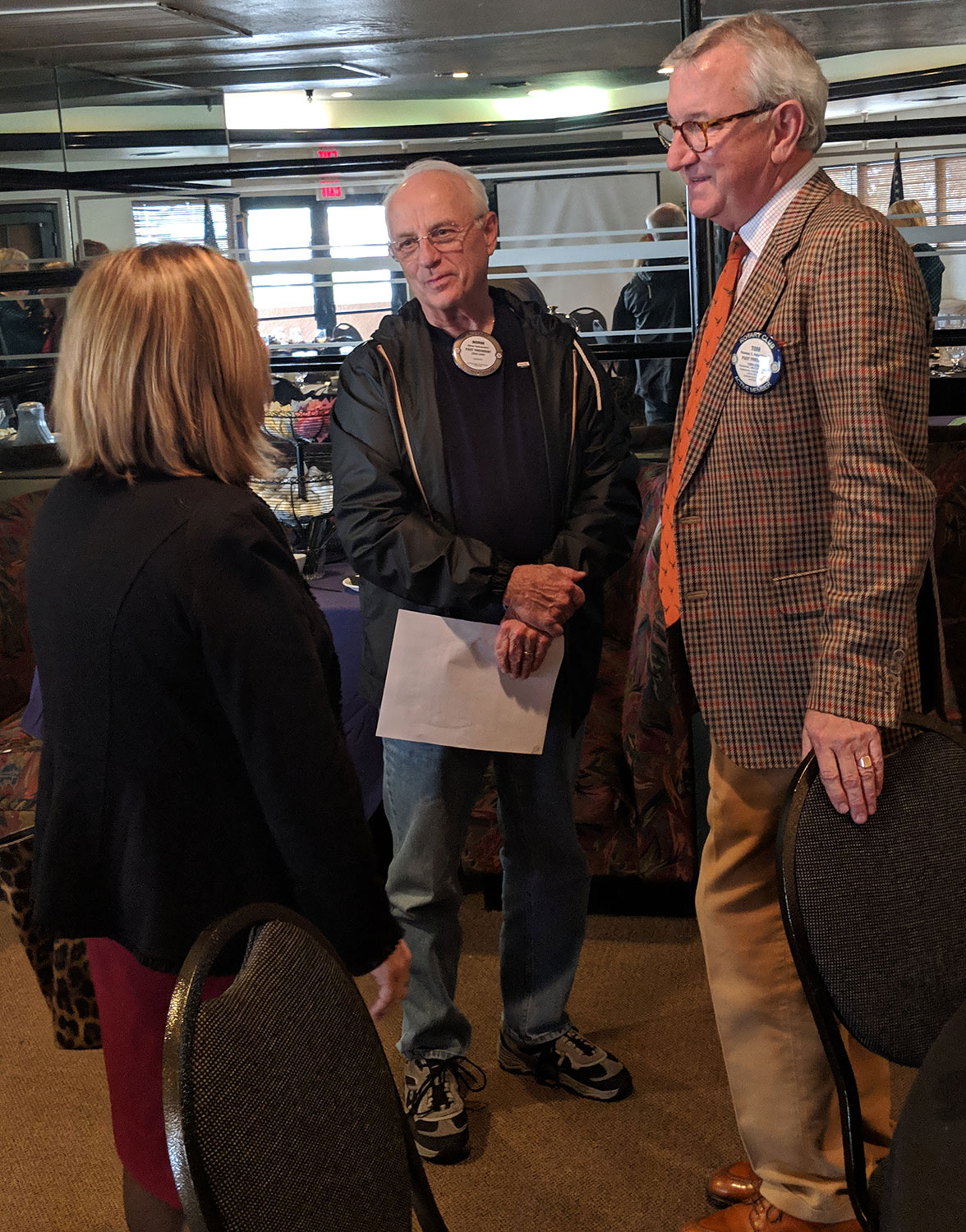 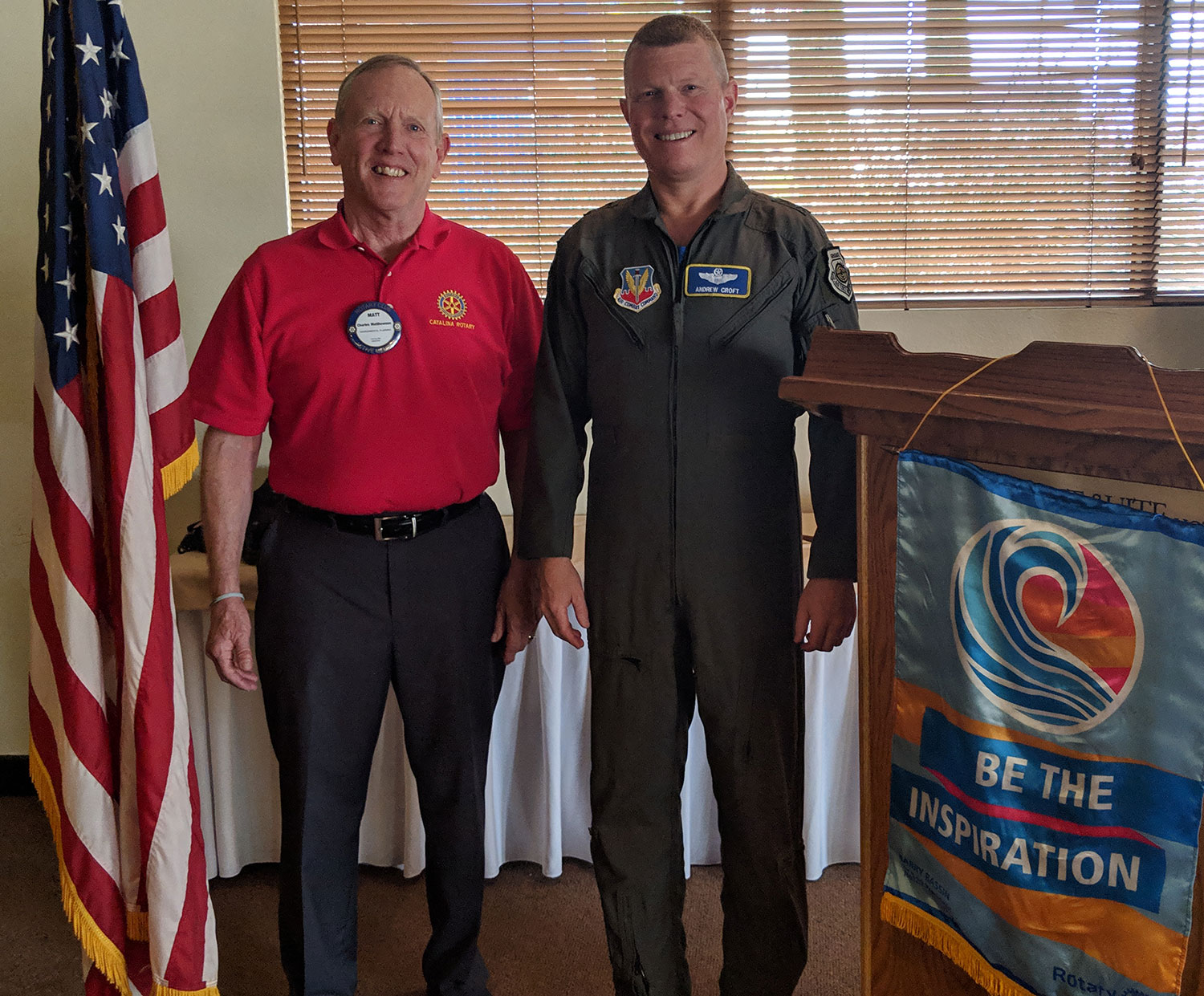 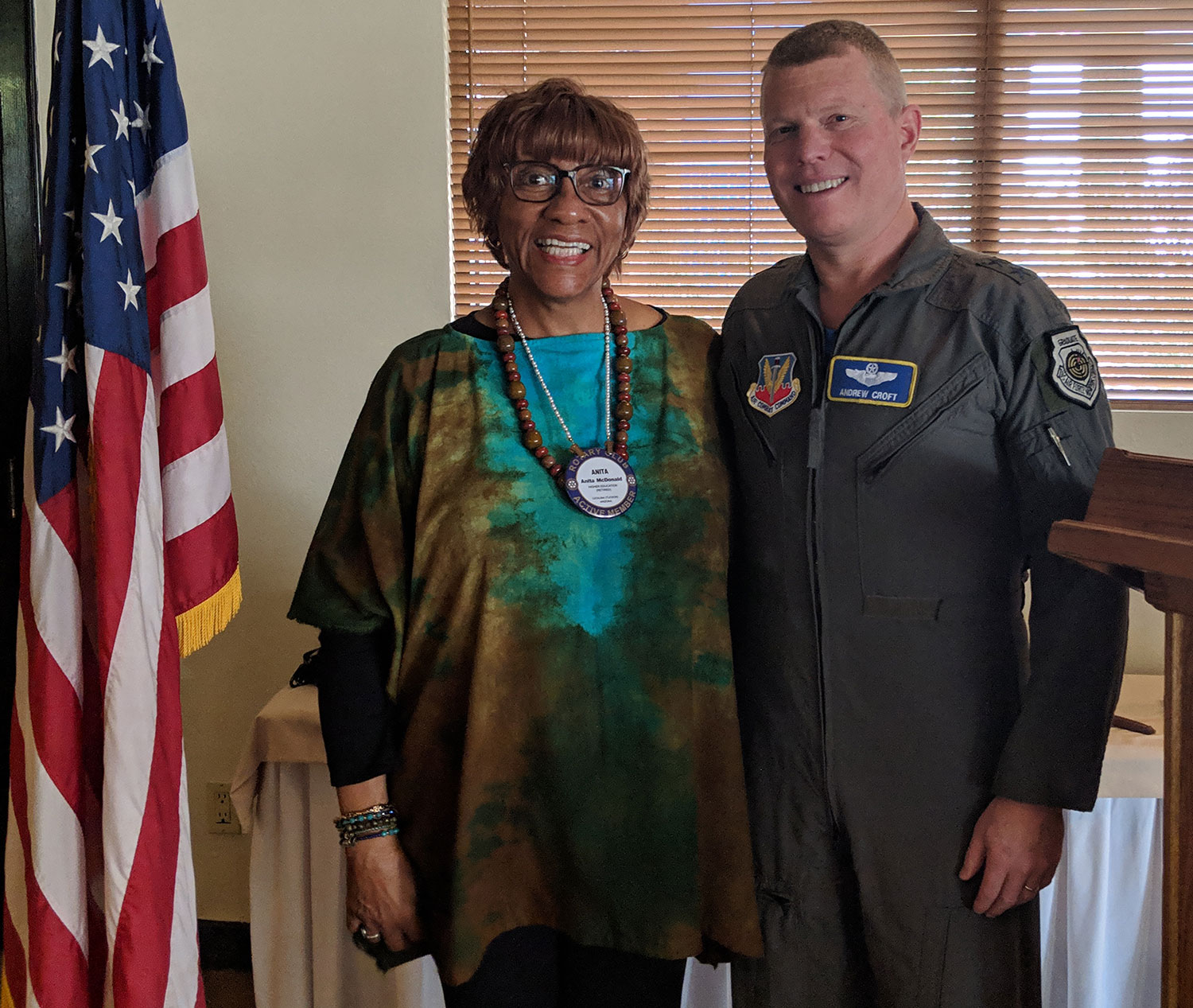