President Bob opened the meeting with an invitation for Rotarians to greet one another, especially someone we might not know well. Although it took him a while to get everyone’s attention again, it was worth it! Everyone was in a holiday spirit.

President Bob then offered the invocation, looking to M Craig on the sidelines for reassurance. She gave him an encouraging “go-ahead” and returned to cuddling her new 5-week old grandson, Ezra Rojas.

PDG Michael Drake thanked the club for its support for the Global Grant in East Jerusalem. It has just been approved. He also raffled off two basketball tickets to tomorrow’s game between U of A and Baylor. Pat Egbert won, putting $50 in the can. Then Barbara Kiernan’s tickets to the same game were auctioned off to Maria Elena McElroy. She put $50 in the can. Later, Irv Mindes auctioned off a priority parking pass for the same game (on the mall!); Pete Walsh put $20 in the can. Lots of holiday gifts! Thank you one and all.

Matt Matthewson started the drum-roll, with more than $1,400 on the line for the winner of this 50-50 raffle. Pete Walsh was the winner, but no Queen. So Sorry Pete!!!, but thanks for rolling the pot over once again. Next week, our last meeting for the year, might just be the trick! Don’t forget to get your ticket!

SAA Phil Four-Way (AKA Steve Pender) entered with characteristic music as he approached the podium. Before raising simoleans, however, he regaled us with a year-end poem. Couldn’t help but share it here as it surely marks a literary highlight in “Four-Way-Speak.”

A Visit from Da Harris
by Phil Four-Way

Presidente Bob clanged da bell and started our holiday meetin’
But den sometin’ real weird happened as we were all seatin’
‘Cause what to my mortifiable eyes did appear
But da vision a Paul Harris, so crisp and so clear.

Paul sez to me, “Phil, before you go fillin’ da can,
I wanna convey tanks to each Catalina woman and man.
Rotarians, y’know, they’re pretty darned keen,
And you’se Catalina mugs proved that in 2018.”

“You spent days at da rodeo and out on da links
Slingin suds to raise greenbacks – and dat’s not so easy, I tinks.
Den you toin aroun’ and spread dose semolians trueout your hood
Helpin’ all kinds a non-profits as dey woik to do good.

Your support for da Rotary Foundation makes my heart go tip-i-tap-ita
‘Cause your donations to date are dang high when you look at per capita.

Milagro Playground is still one of da nicest a places
An’ it continues bringin’ smiles to lots a kids faces.
Oh, an’ by da by, your teachin’ folks to loin destressin’ techniques is way above par –
So I hope you’se keep woiken with da gang at Capacitar.

At Thanksgivin’ you pitch in to help soive holiday meals
So as to make sure dat hunger ain’t what anyone feels.
You also keep Skyline Drive all tidy and clean
And give students dictionaries so dey can loin what woids mean.

And before I hit da trail I just have to say,
Dat helpin’ Mexican kiddies stay in escuela is woit a hearty ole!

Now, I could go on, but you get the idear
Of why I think you’se mugs have done real well dis year.

And den he vanished – like a mischee-vee-us elf,
Leaving dese final woids hangin’ in de air – “Soivus above Self.”

(Spell check just doesn’t have this lingo, that’s for sure!)

Elise Jumbelick is happy because she and husband Jim are expecting their first child in June.

Al Anzaldua is happy because he’s helping Rotarians in Ensenada, Mexico (where he lives half the year) to prepare for the District Conference Attendees who will be arriving there in October for a service project. He encouraged everyone to sign up so they will know how many hands to count on.

Andy Kerr announced that the next Health Rays Global Grant in Guatemala has been approved.

Pat Egbert was happy that he will soon celebrate his 52nd wedding anniversary with wife Candy.

Ron Goodsite was happy that he just celebrated his birthday – 79 years young! Happy Birthday Ron! To celebrate, he shared a now infamous joke about the melting snowman (in Arizona) who was smelling roasted carrots. A collective groan was shared by all!

To round out the holiday party, we had the pleasure of listening to “Round Midnight,” a trio of talented musicians who regaled us with holiday tunes. Listen to a sample!

Tony Speak introduced Susan Artemis (piano; vocal), Paul Marin (bass; vocal), and Geoff Beckwith (guitar). And to conclude, Tony himself took up the guitar and serenaded us with a cameo – Sleepwalk. Great way to get us all in the mood for a joyous and thankful season of service. President Bob sent us off with just such hopes. Happy Holidays one and all! 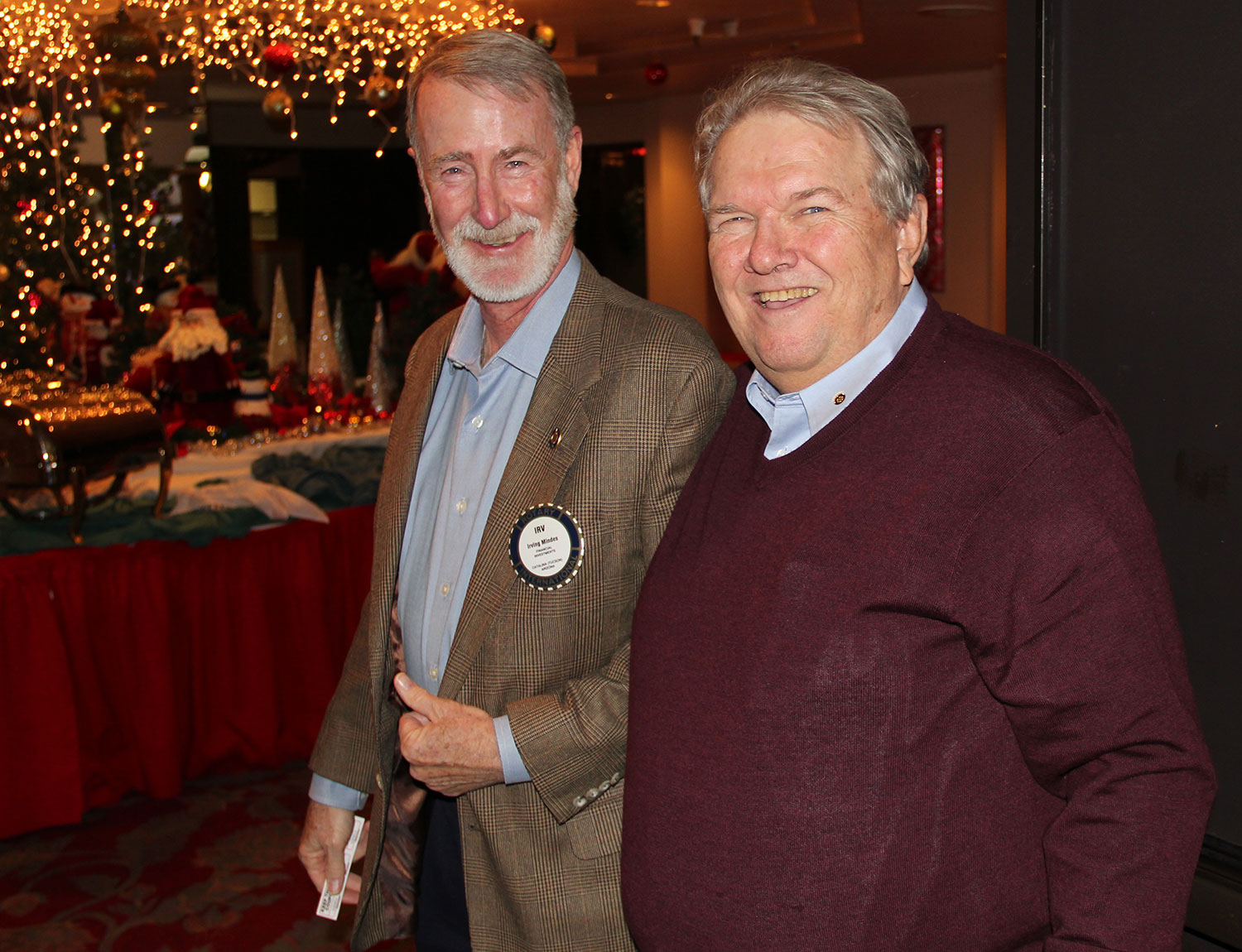 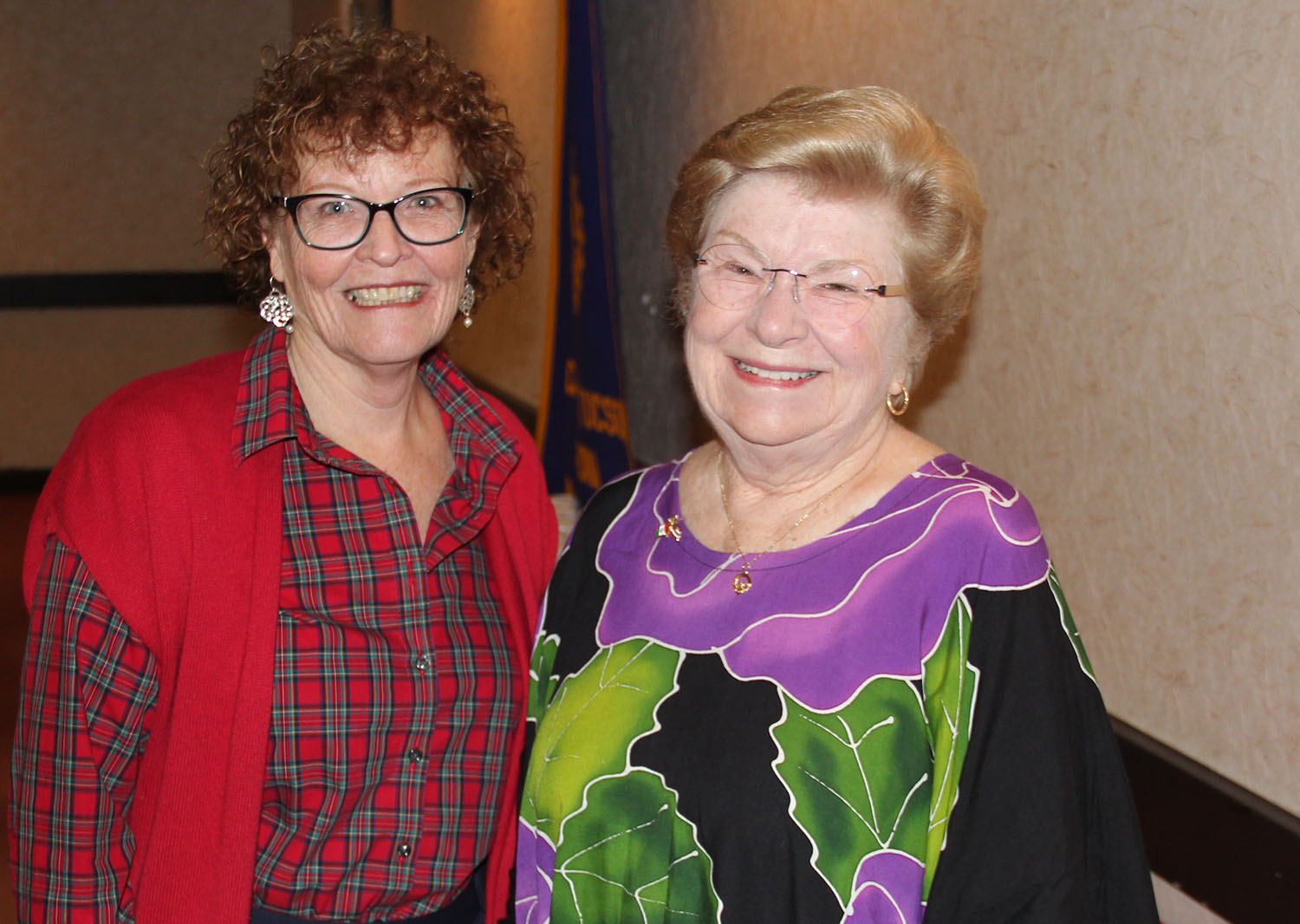 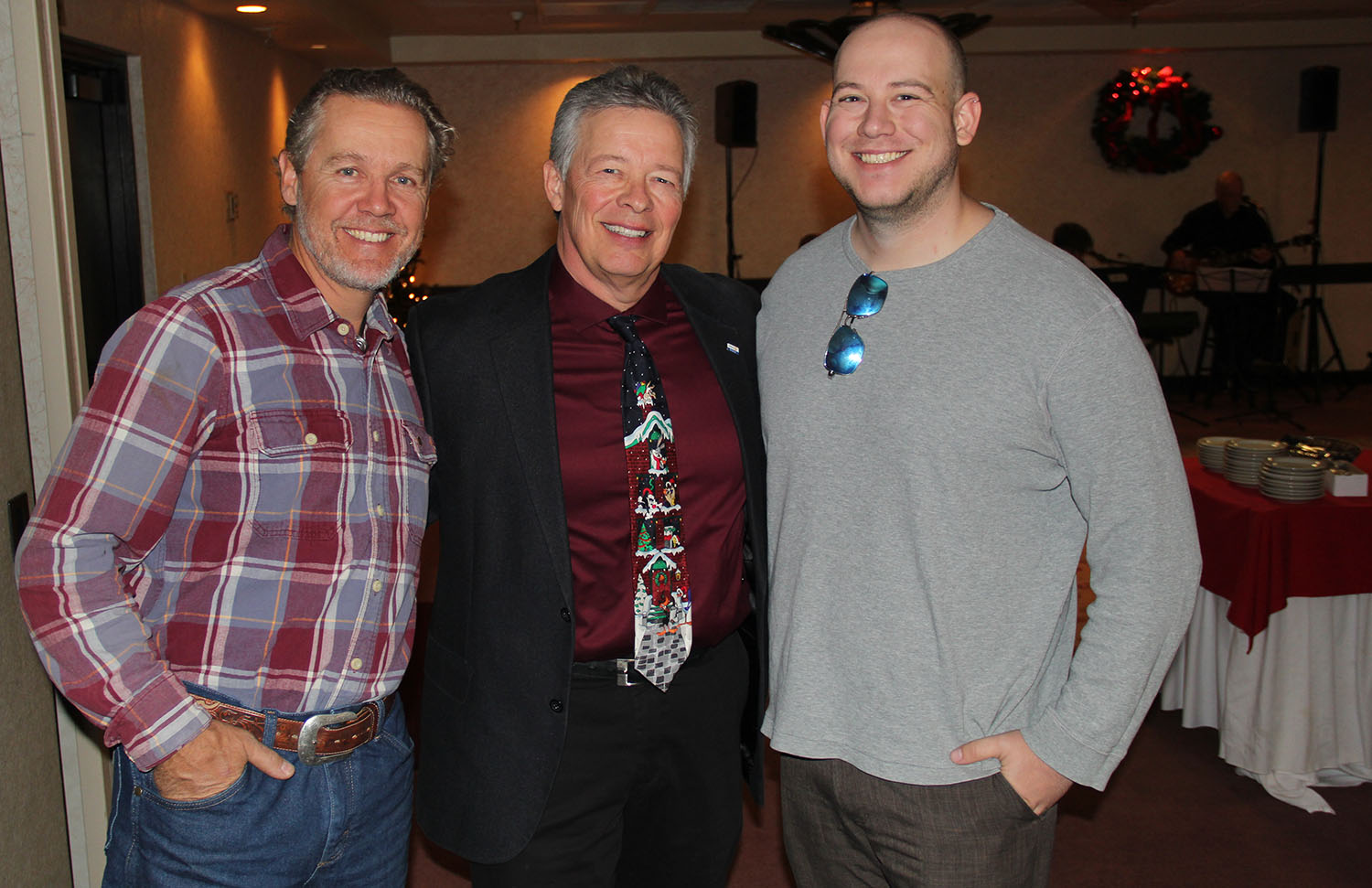 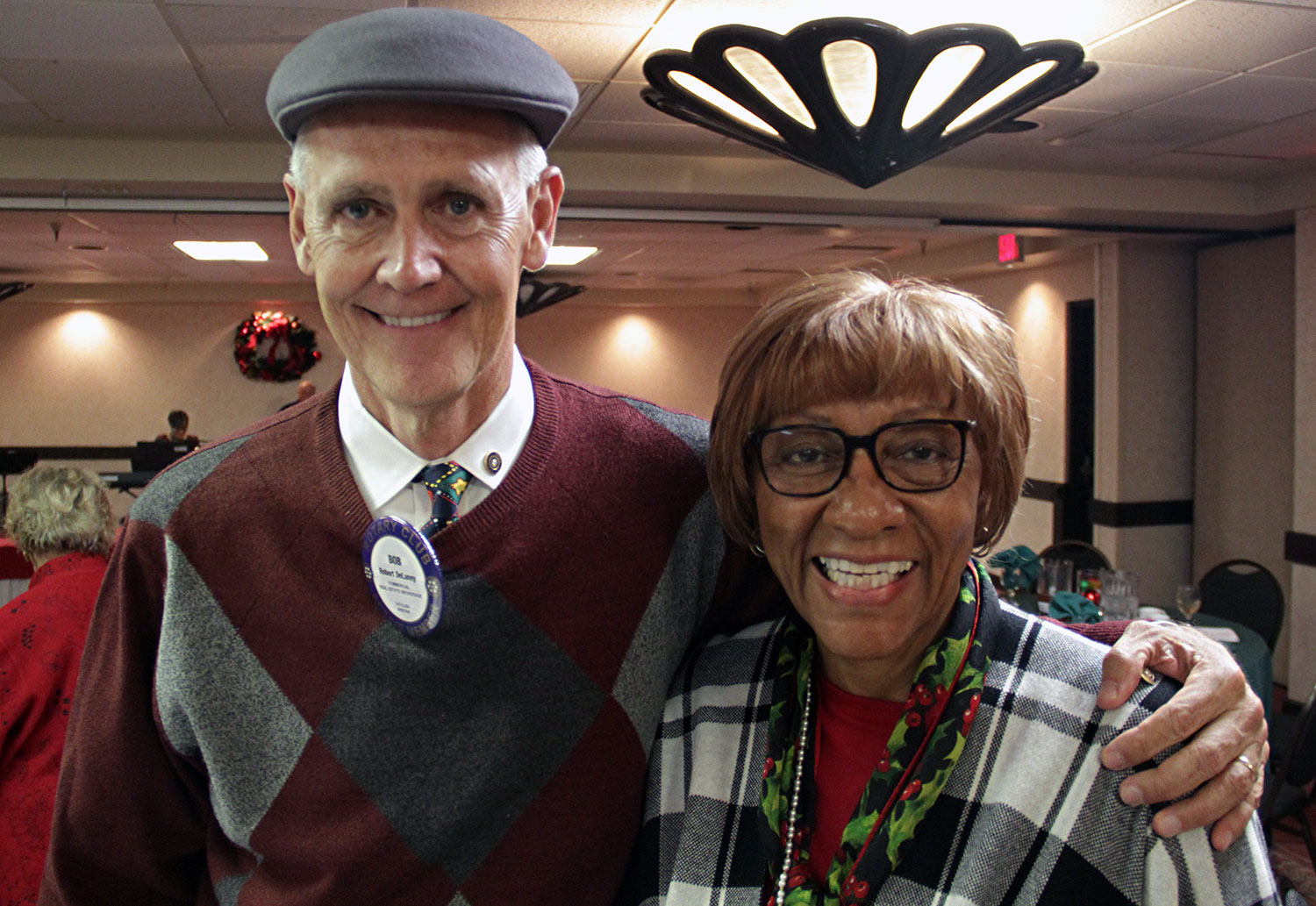 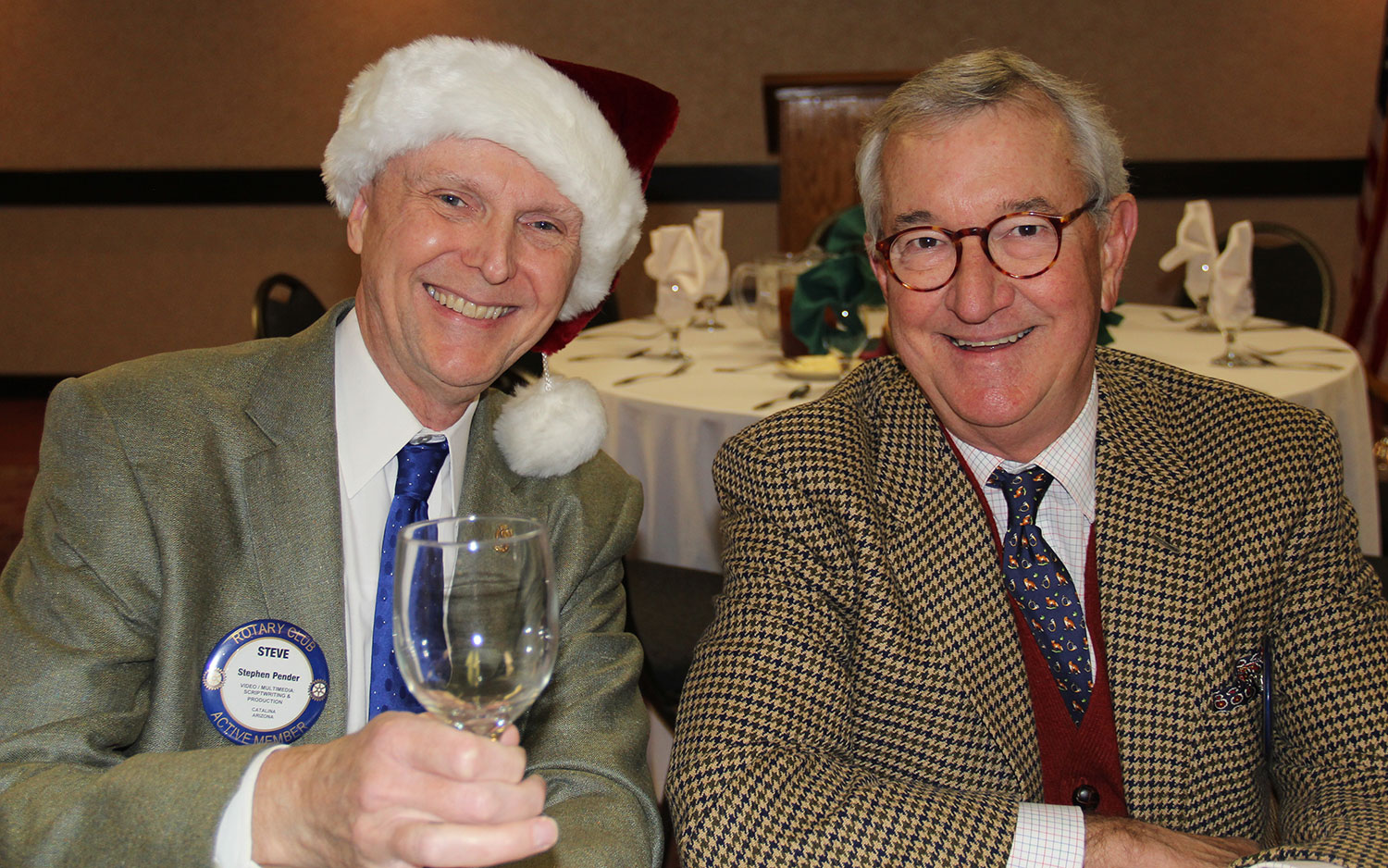 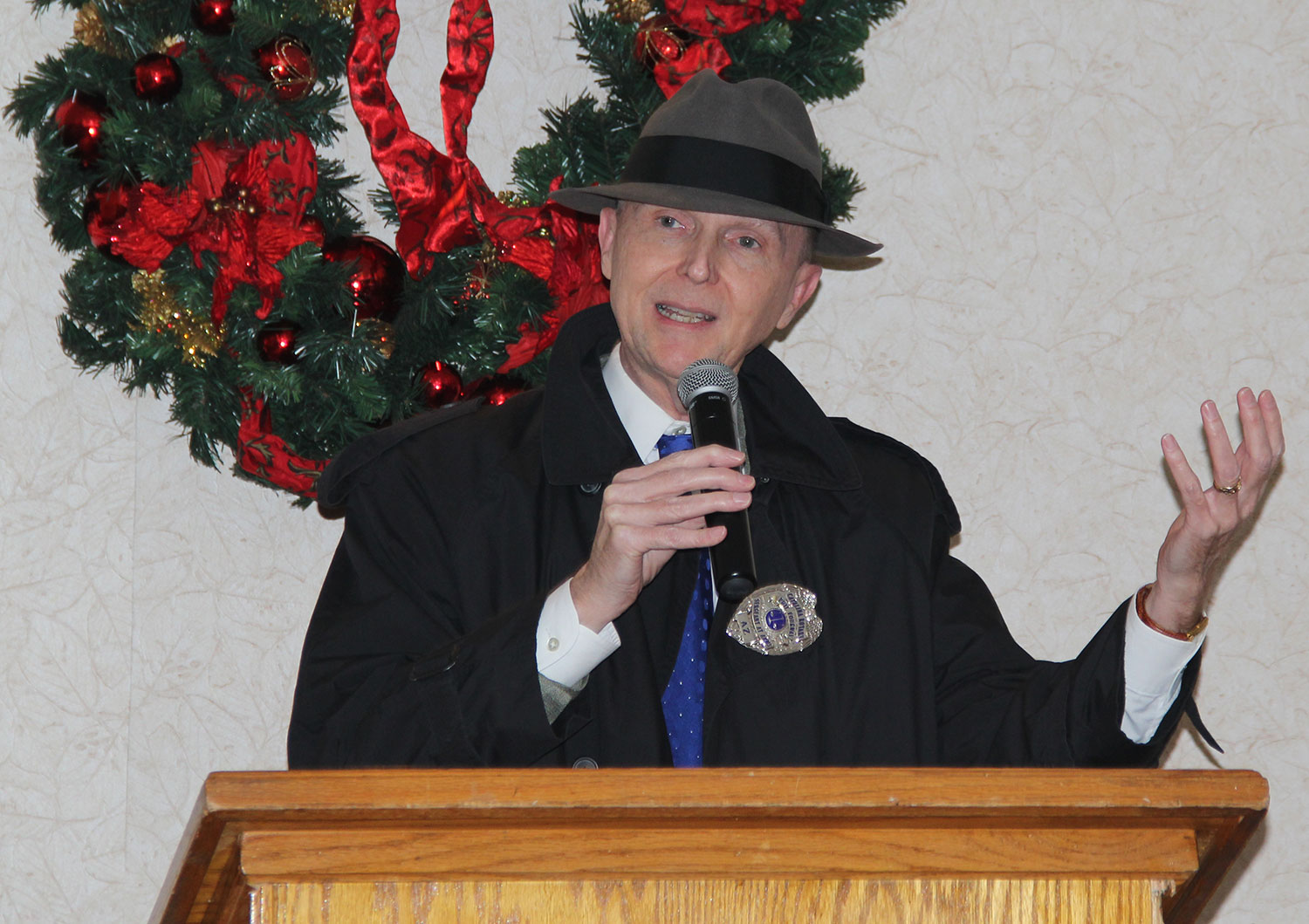 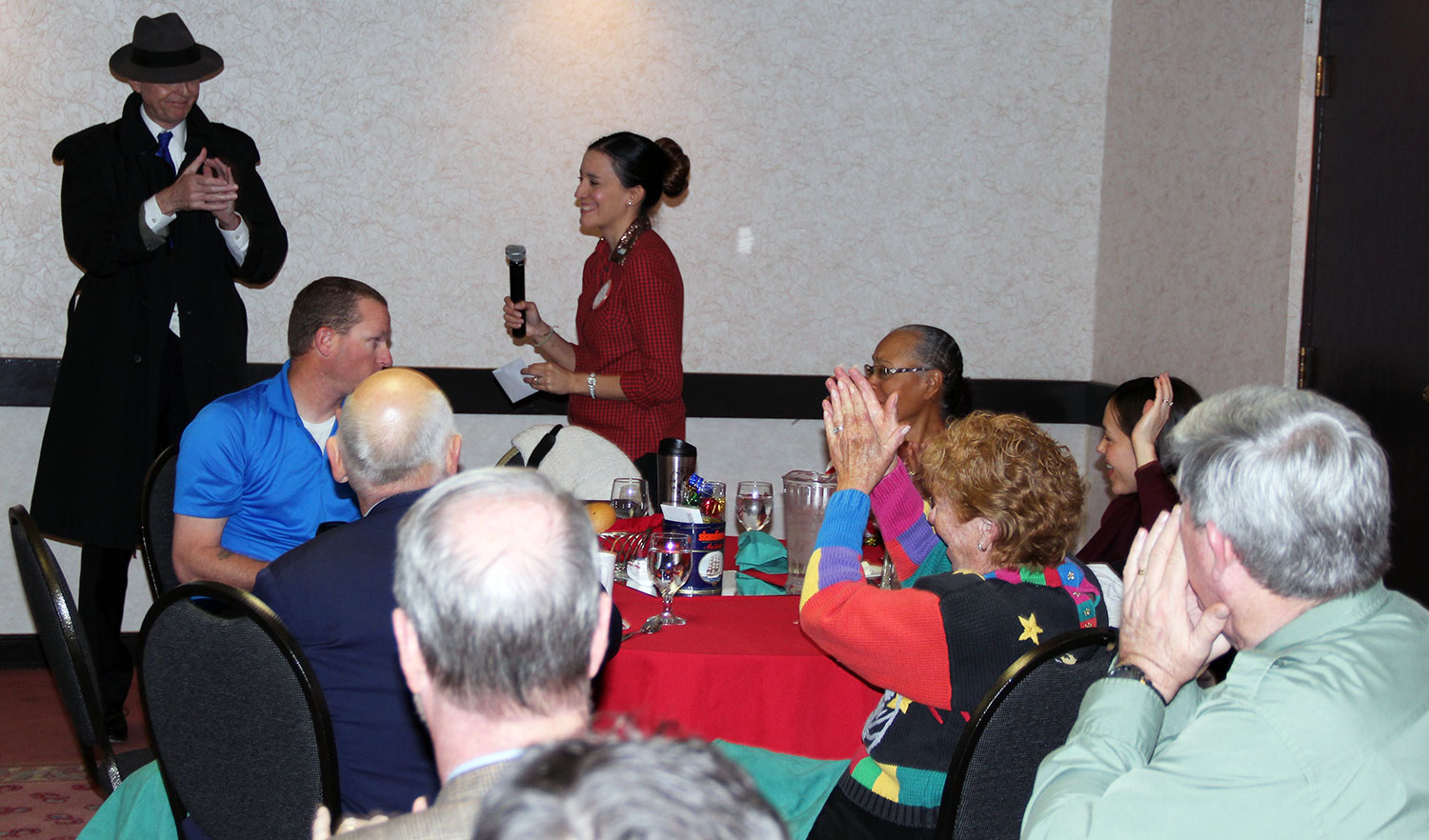 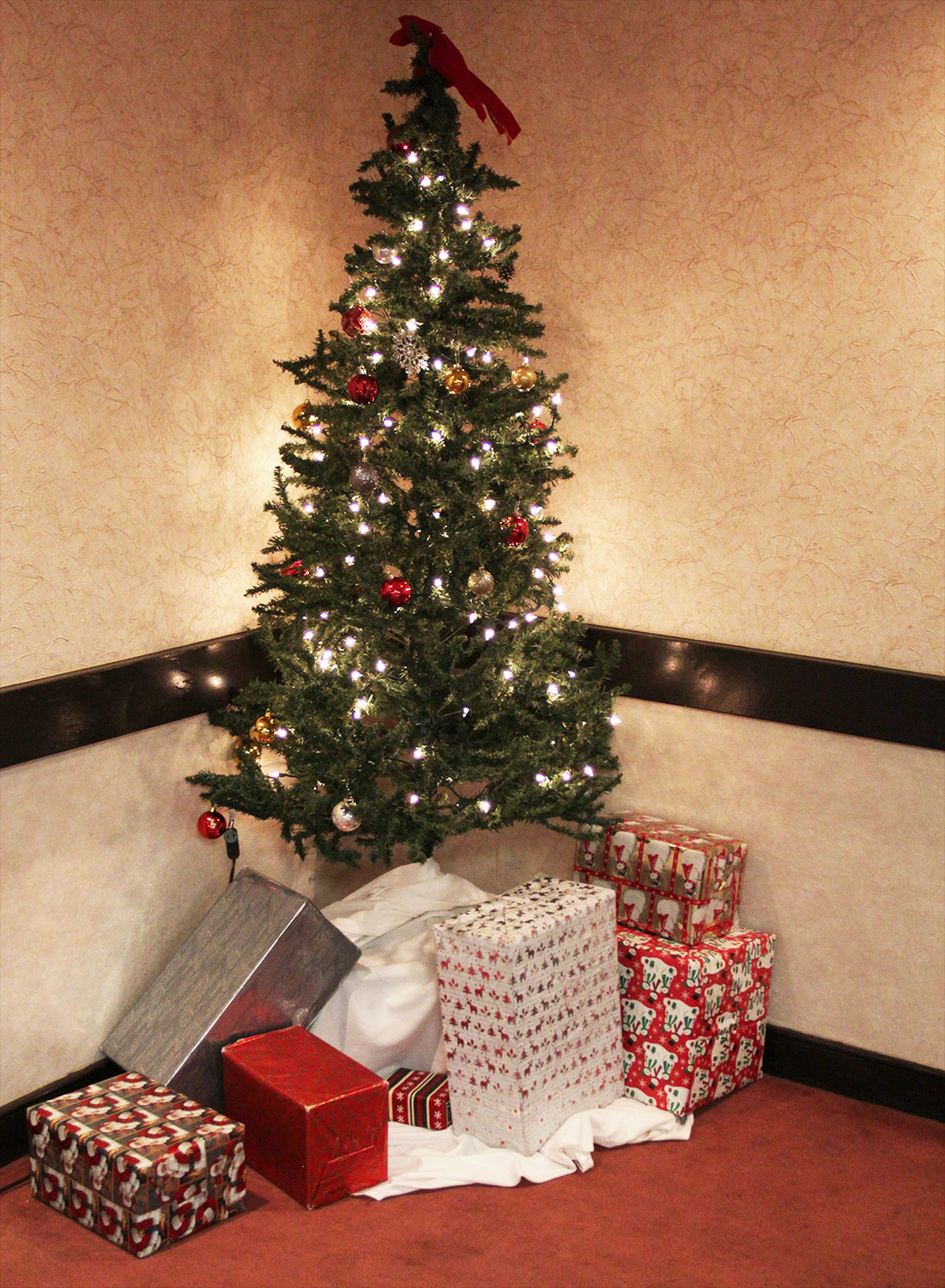 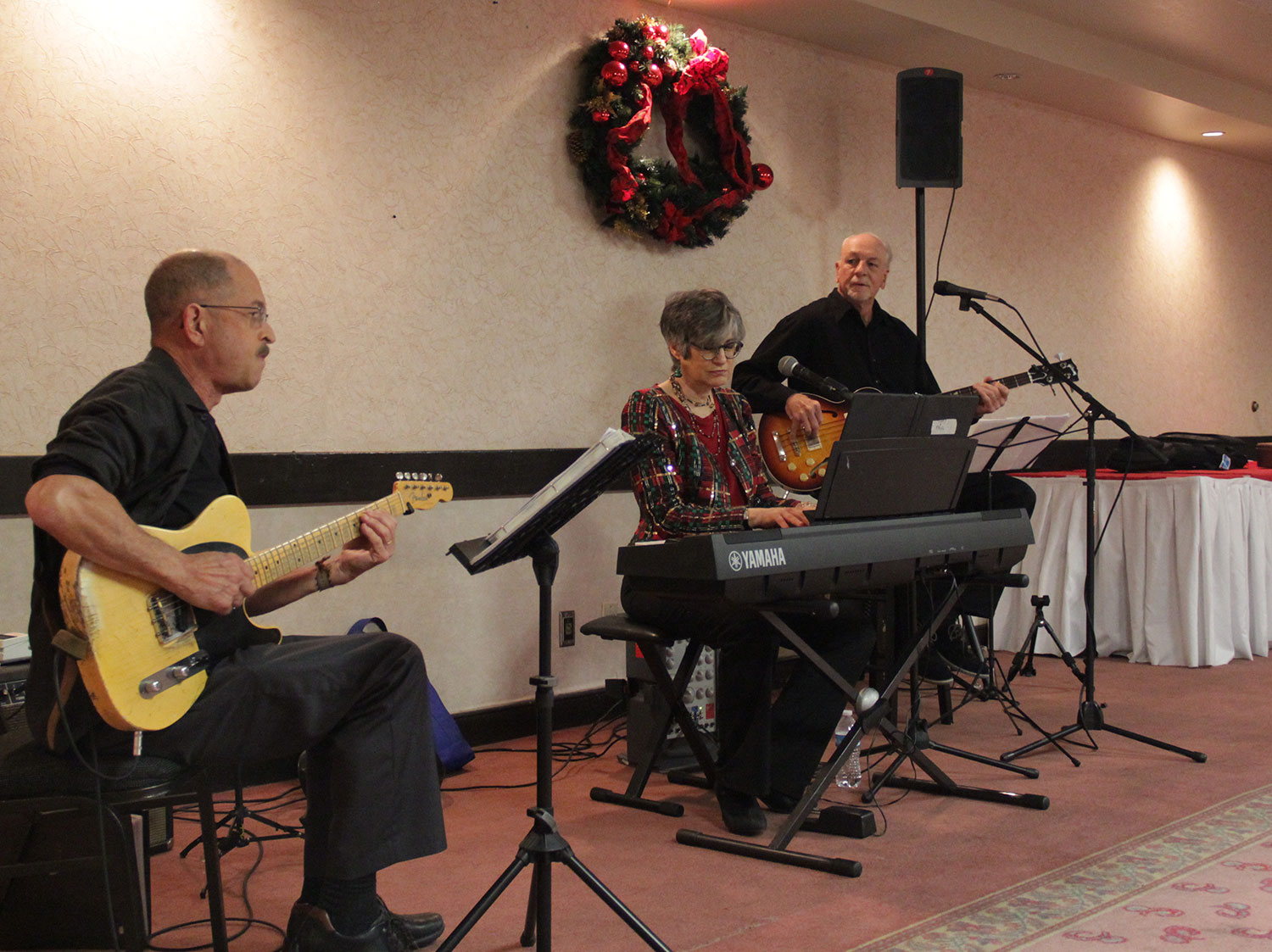 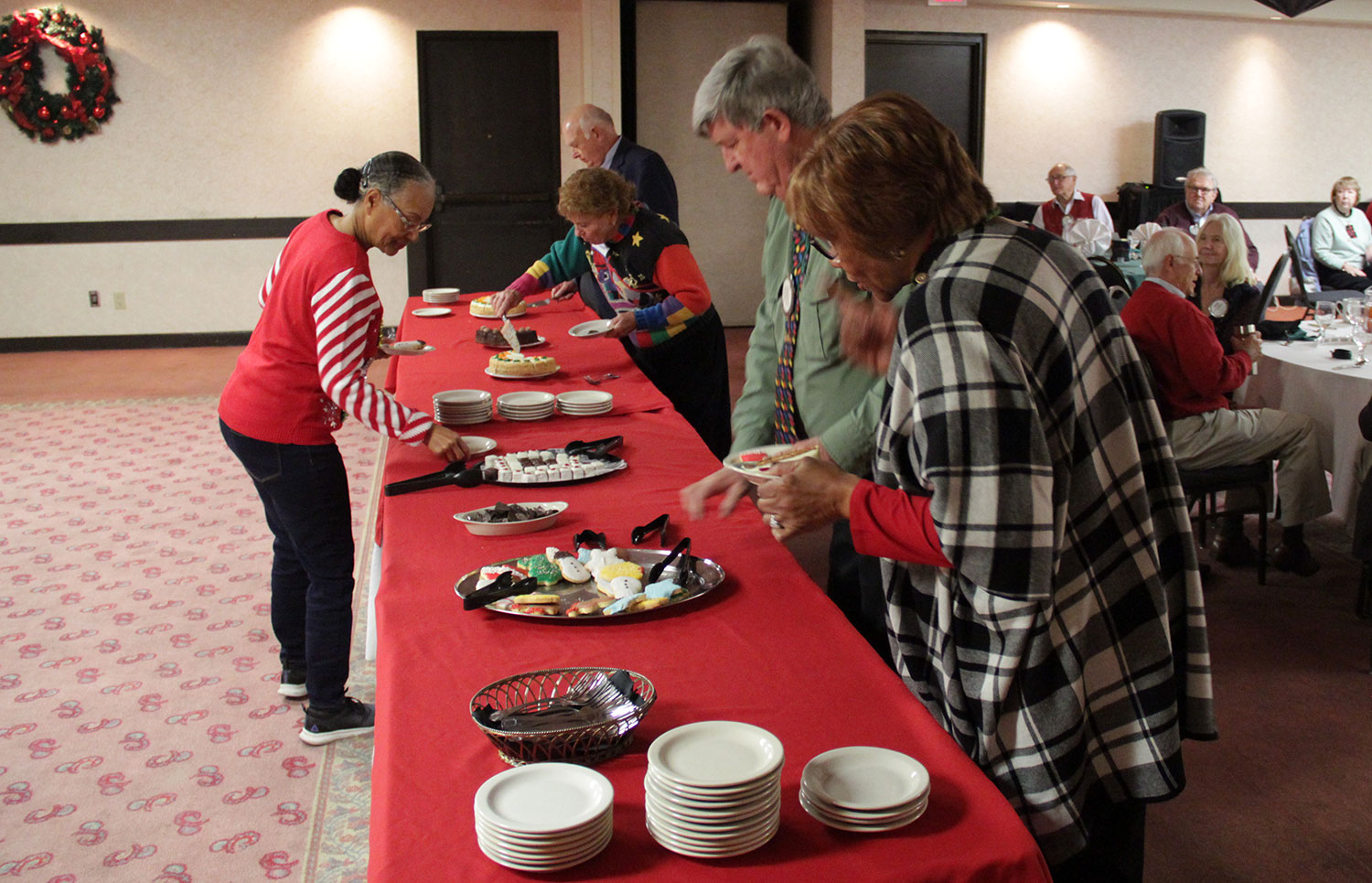 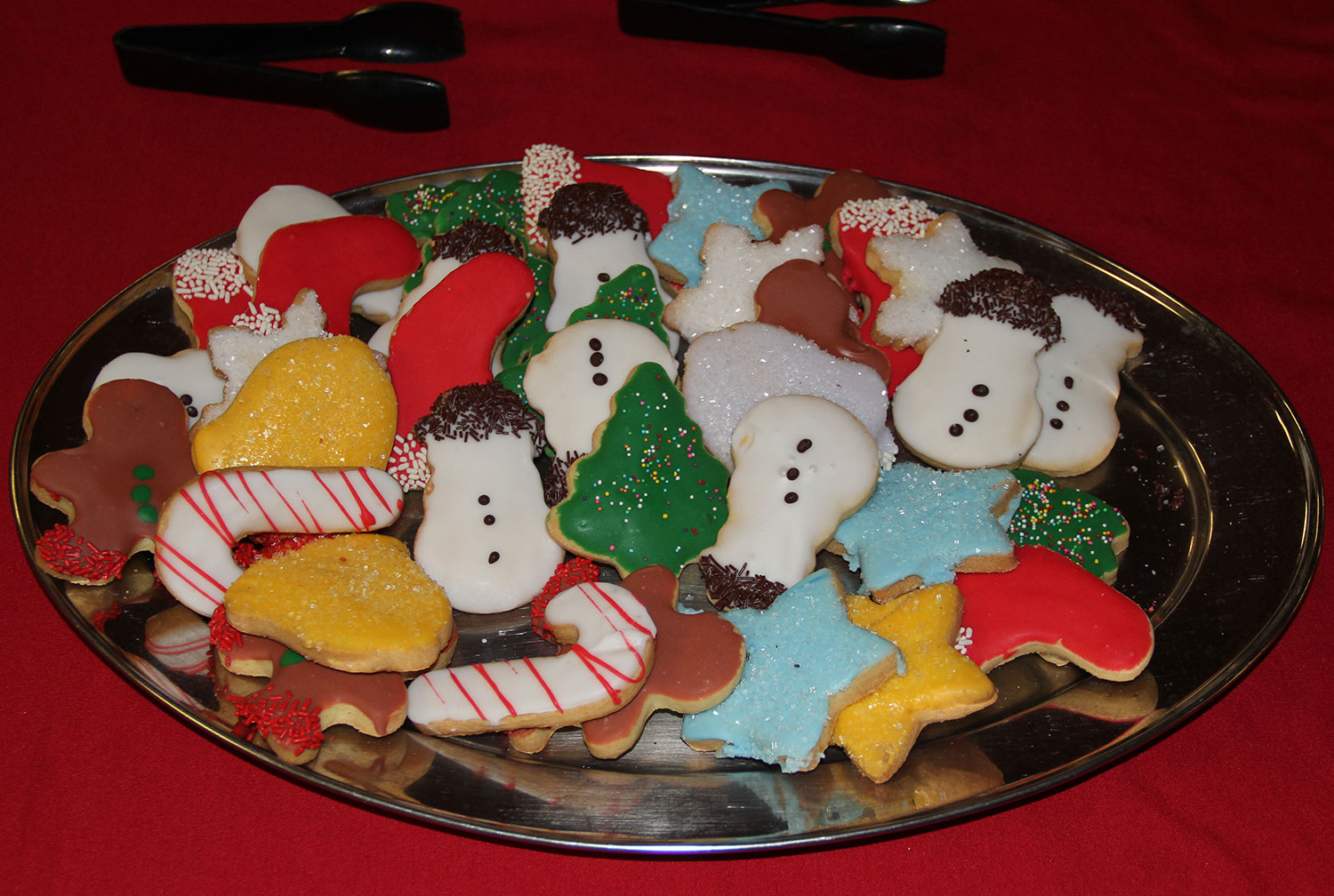 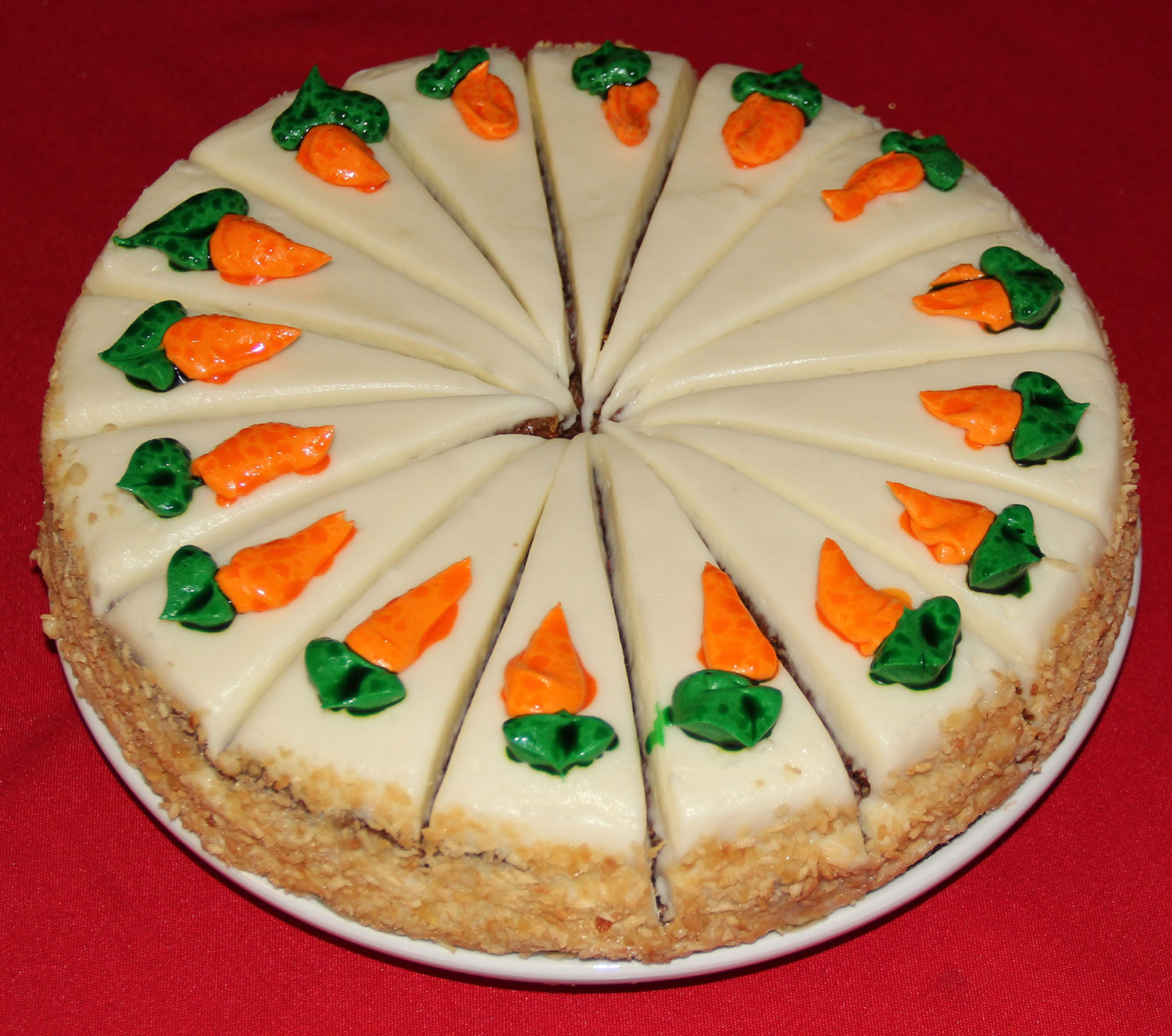 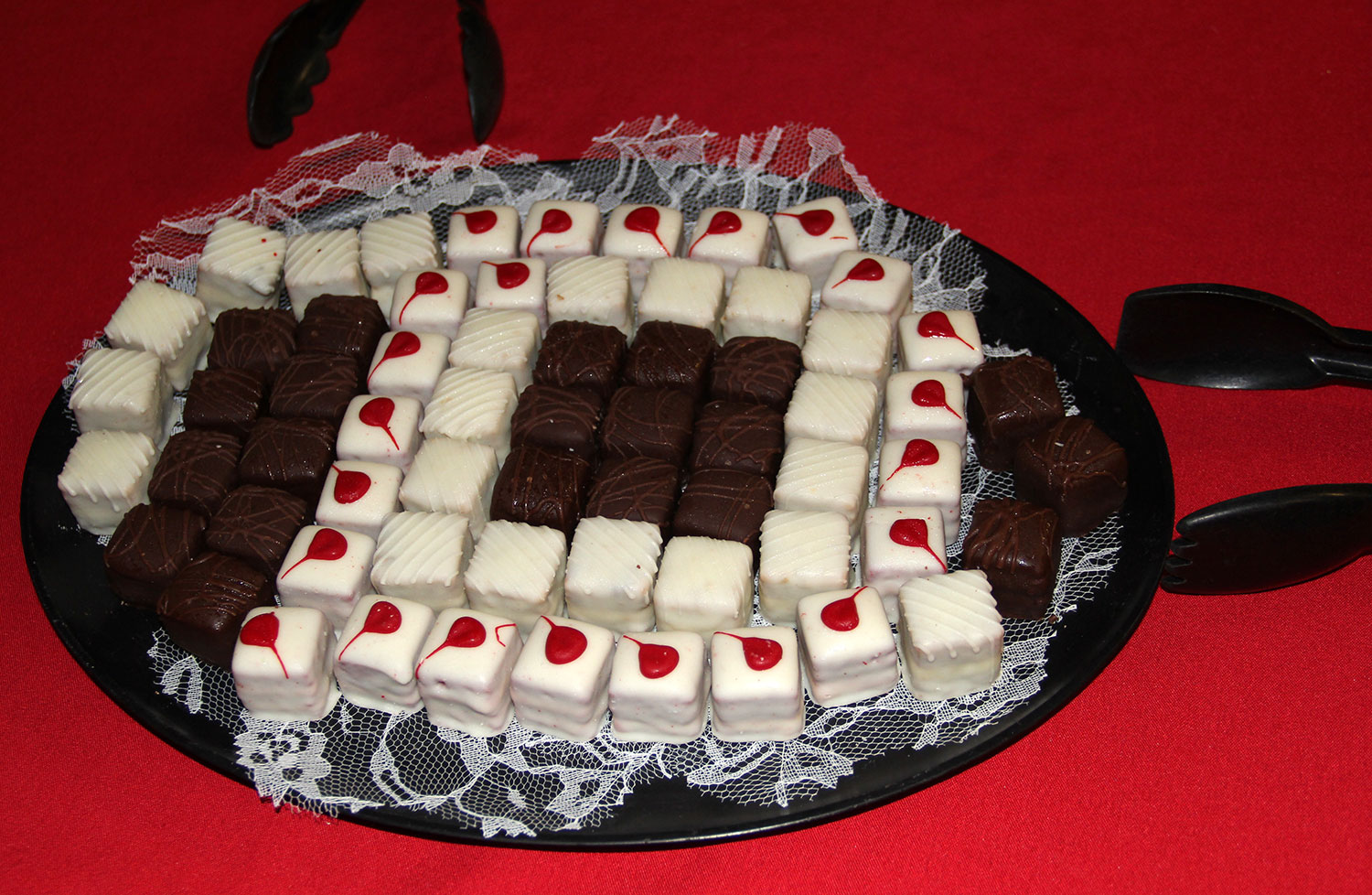