President Bob made the following announcements:

The club is hosting another Happy Hour at Fini’s Landing on Swan, next Thursday, 5:30 to 7 PM.

All are encouraged To attend The District’s Foundation Day Program, November 3rd at Skyline Country Club, 9 To 2 PM. Registration is available on the District 5500 website.

Also On November 3rd, The Presidio Club is participating In the Passport event in downtown Tucson. With a club membership of only 15, they are seeking volunteers to assistant them in the morning and afternoon.

October 31 is the deadline to register for the El Tour Ride to End Polio. Register at Ride to EndPolio.org. Help is also needed at the aid station.

Ed McEuen began by sharing that he was born Halloween night in 1931. His mother is 106 years young and still speaks her mind. He was raised on a small ranch in Fort Thomas, Arizona that also had a very small school. He played on a six-man football team and there were only six in his graduation class. He joked about how one could impress someone by saying they were 6th in their graduating class, which prompted the question and laughter to ‘what was his ranking In his class?’ His response: “I’m not telling.”

Ed attended ASU for 2 years and served in the Navy for 2 years. He completed his BA degree in Education at the University of Arizona, and he taught his first year at the Peter House school. His principal was the late Les McQuary. After completing his Masters in School Administration in 1968, Ed served as Principal of Roger’s School For 13 years. He went on to serve at other schools and retired after 32 years in education. He became a Catalina Rotarian in 1985, and was sponsored by none other than his boss Les McQuary. He ended by expressing his love for his son and grandchildren.

M had the honor of taking care of the Queen. The pot was up to $1576 and a lucky winner would get one-half. Bob D. missed pulling the Queen but did get the joker, which still made him a winner of $25.

SA Irv began with a family story about the stock market and put some happy dollars in the can.

Tony S. gave happy bucks because his son Matt graduates in December with an Electrical Engineering degree and has a JOB waiting for him at Raytheon.

Tom reported that only a handful of members showed up for the Dictionary project. Those not there gave $1.

Michael T. shared that his uncle, a Rotarian in Utah, received the Service Above Self Award and was honored by his club.

Al A. became a clergyman for one year and will be officiating at his grand niece’s wedding later this afternoon which explained why he was wearing a tie, unusual attire for him.

Anita thanked the 15 Club members who contributed to and/or participated in the Walk to Defeat ALS.

Arturo’s older son participated in a 50 mile mountain bike race In Pinetop and did the last 10 miles on a flat tire He still made it onto the podium in 5th place. His younger son just returned from a school trip to the Grand Canyon.

Visiting Rotarian Stephanie was pleased that she made new friends today, Al and Maria Anzaldua, who lived in Ecuador not far from where she did her student exchange. She is also volunteering with the Angel Heart Pajama project through her Rotary Club.

Al Chesser introduced our guest speaker. Mindy Blake, Outreach Coordinator for Pima Associations of Governments, brings 30 years of experience as a journalist and work in community relations to her role with PAG. PAG is the metropolitan planning organization for water, air quality and transportation. PAG manages the Regional Transportation Authority (RTA) and Blake makes connections with the community to increase awareness and understanding of the RTA plan. The current $2.1 billion, 20 year plan was approved by voters in 2006. It costs the average household about $18/month.

The RTA plan not only addresses roads, but all forms of transportation including cars, streetcars, buses, and bikes plus pedestrian crossings, bus pullouts, bike lanes, carpool locations and intersections. Mindy shared a brief video highlighting some of the completed projects and illustrating the broad community representation involved. The RTA, as financial manager of the plan, cannot spend on items not in the plan. One such item is maintenance which was not included in the plan and is the responsibility of the different jurisdictions. Cooperation and collaboration is a hallmark of the plan. The nine member board governs the RTA and is comprised of a representative from each jurisdiction; City of Tucson, Oro Valley, S. Tucson, Sahuarita, Marana, Pima County, Tohono O’dham, Pascua Yaqui Tribe, and a Governor’s representative from the State Transportation Board.

Blake cited some of the over 800 projects completed, those in process and those planned. She distributed an RTA report entitled ‘Our Mobility: Working Together for a Better Future‘ that provides a summary of projects.

Planning for the next RTA plan is underway. A 35 member citizen’s advisory group has been established to begin developing future plans that will start in 2026 after the completion of the current plan. It will go through the same process as the previous plan, which sought broad community input, and will eventually be brought to the voters for approval.

To stay informed, one may request the PAG news by texting 22828 or go to www.rtamobility.com.

Thanks to Mindy Blake for her informative presentation on a topic important to us all. 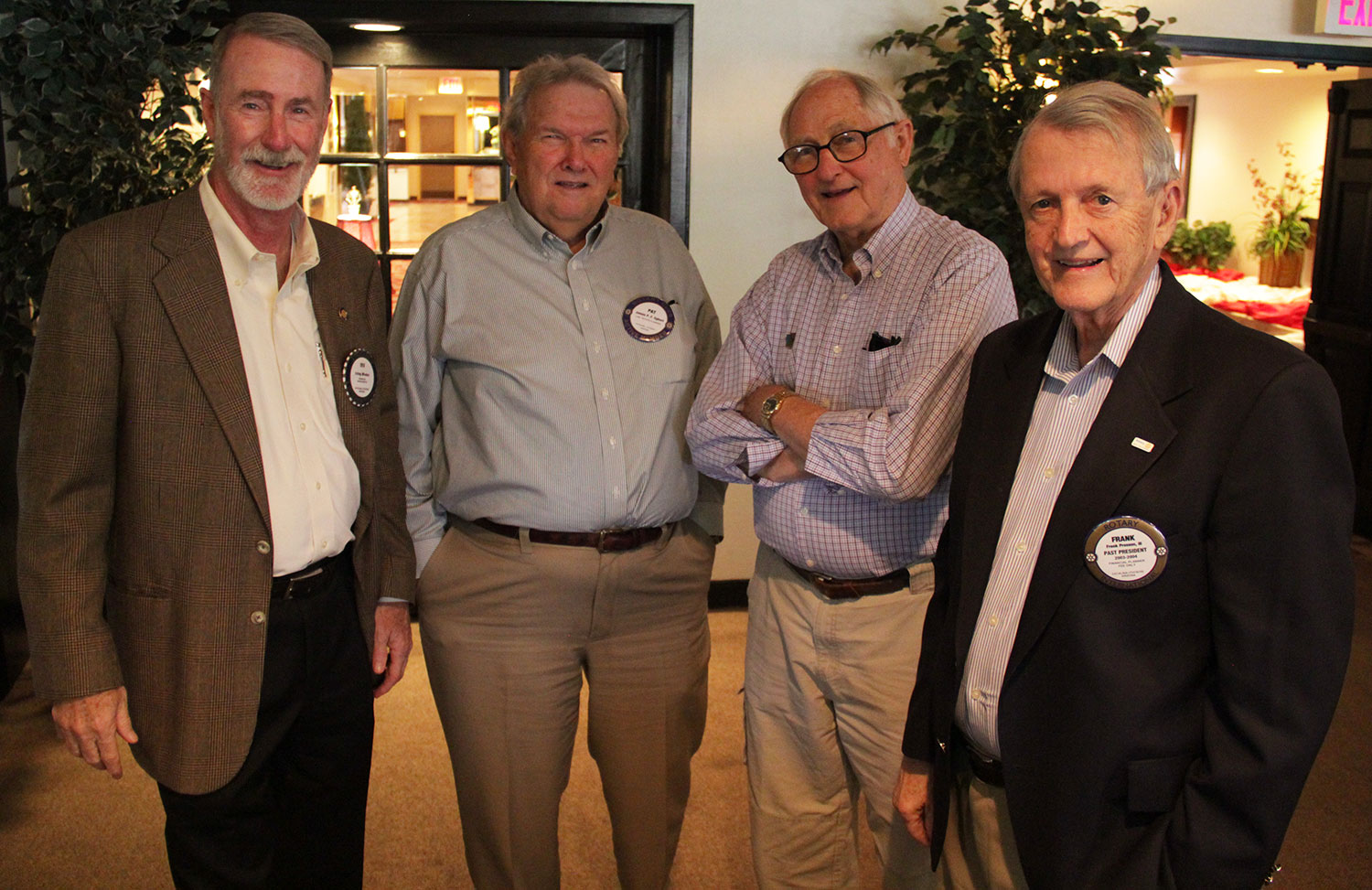 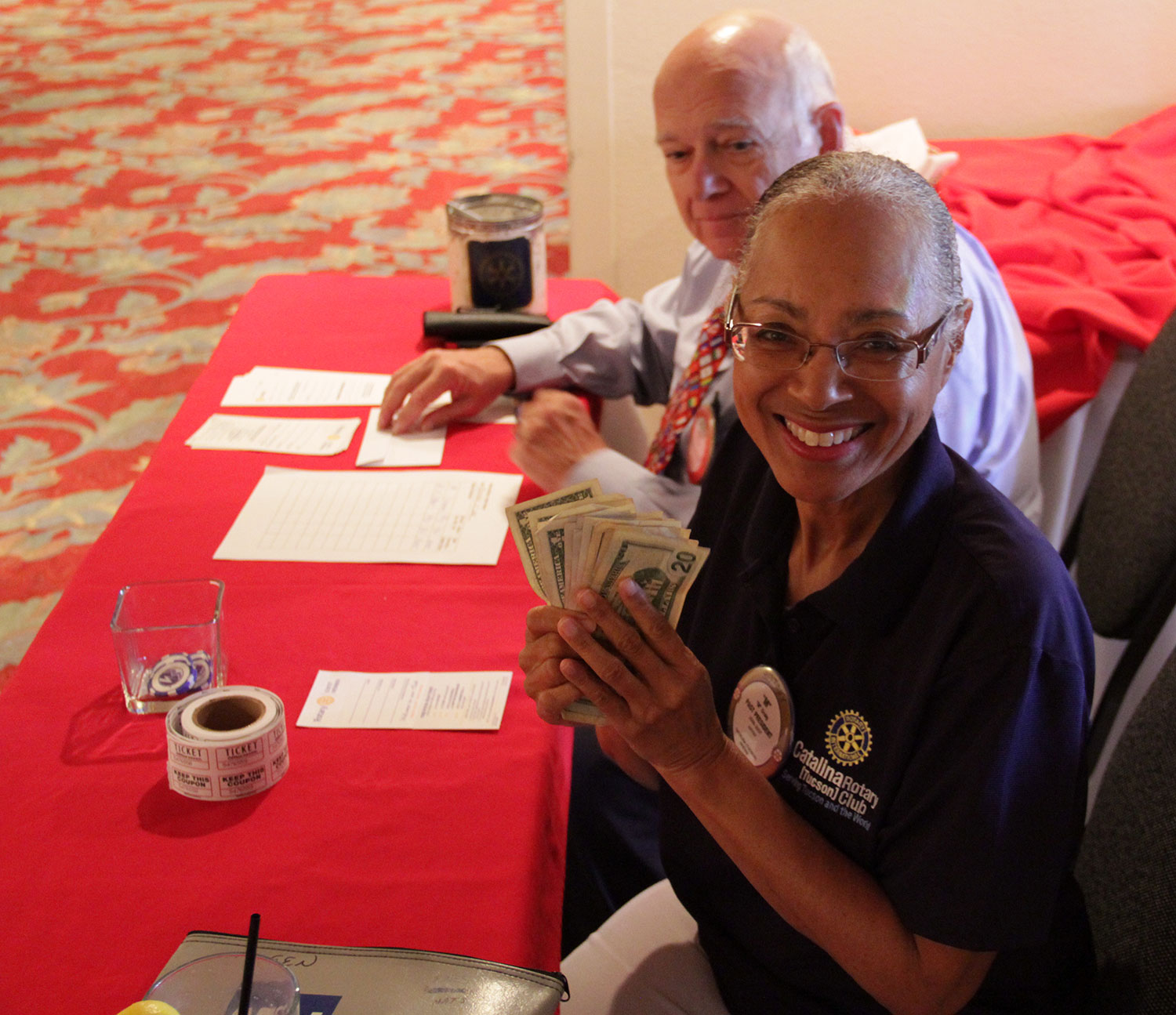 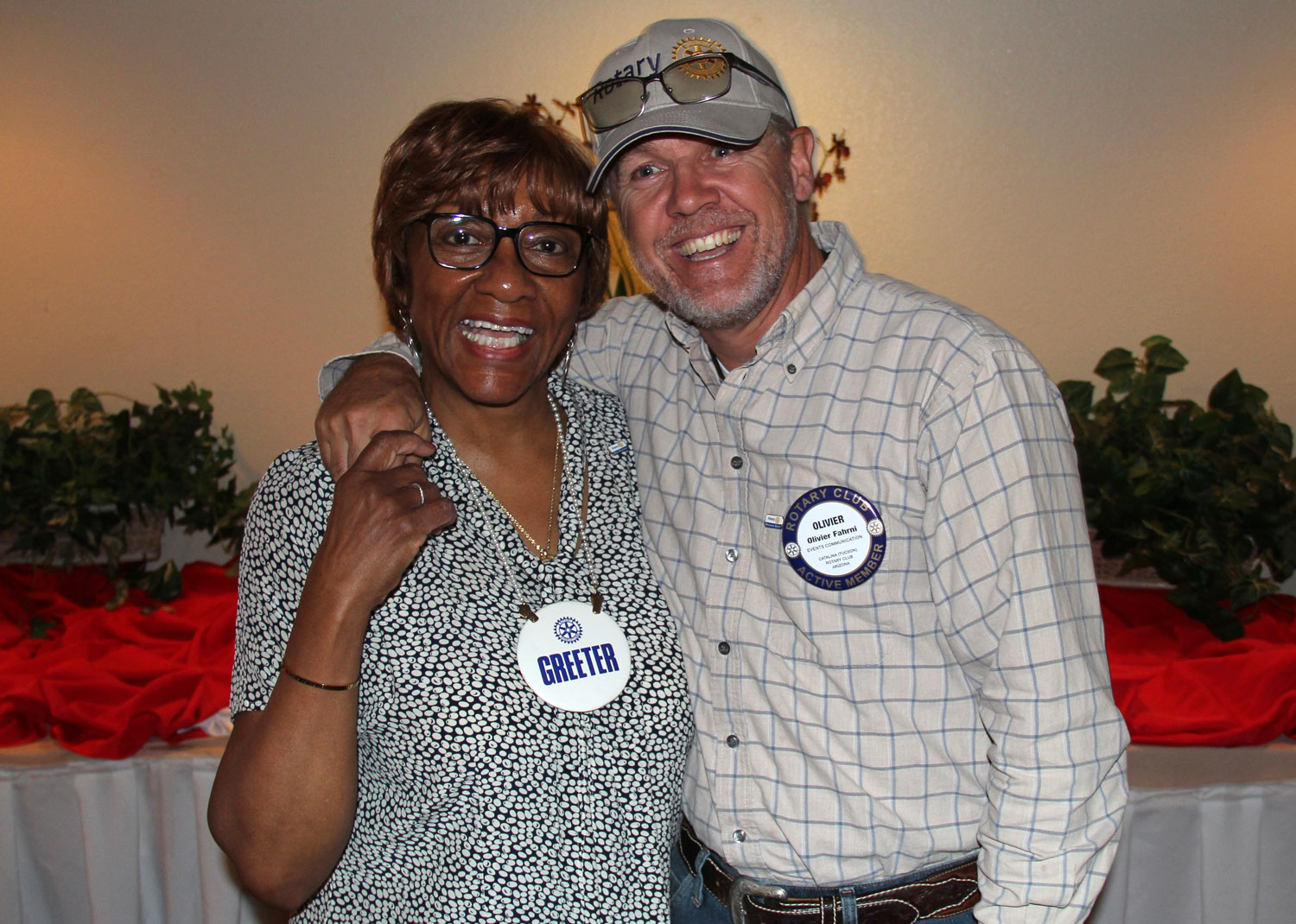 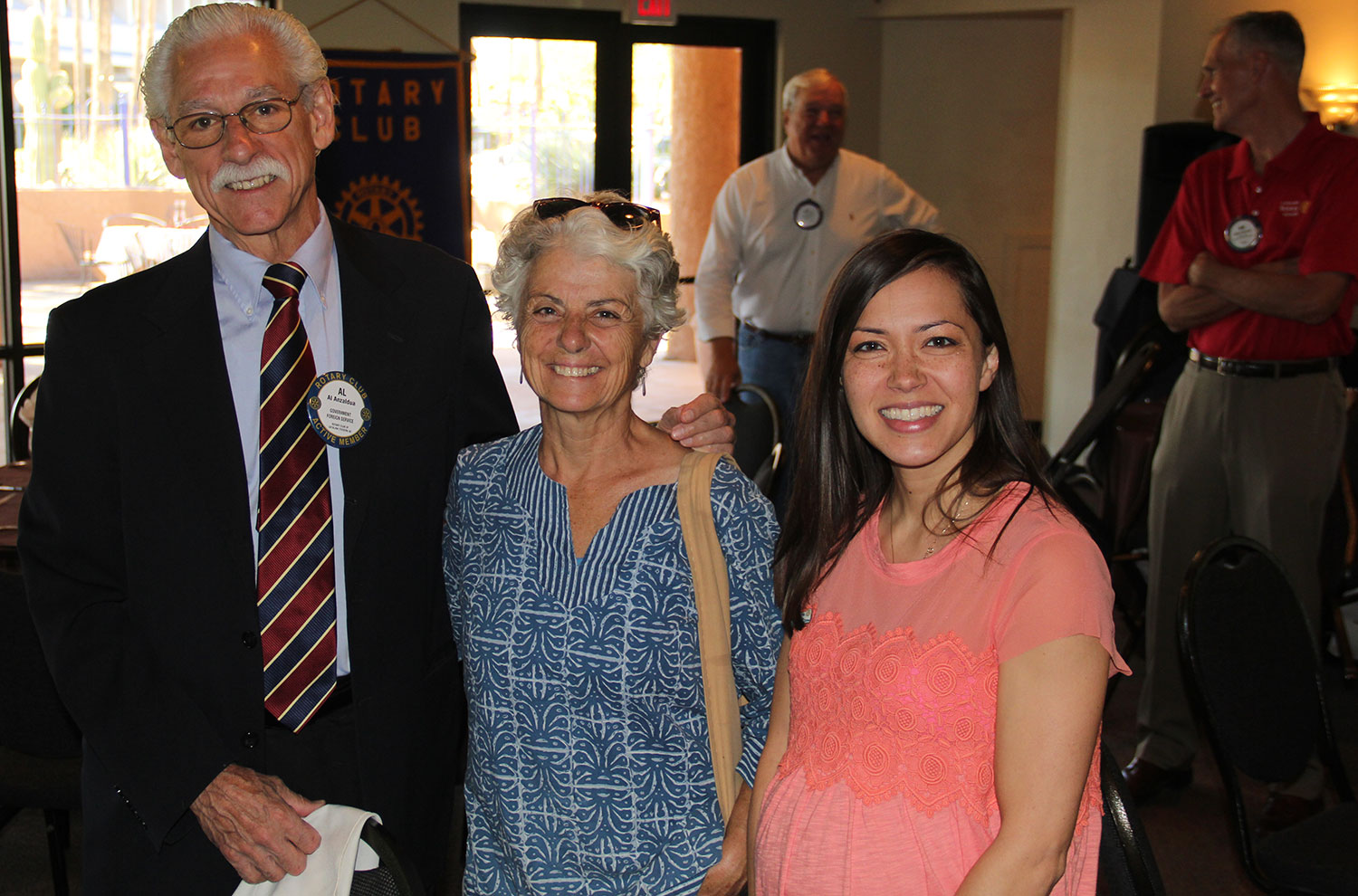 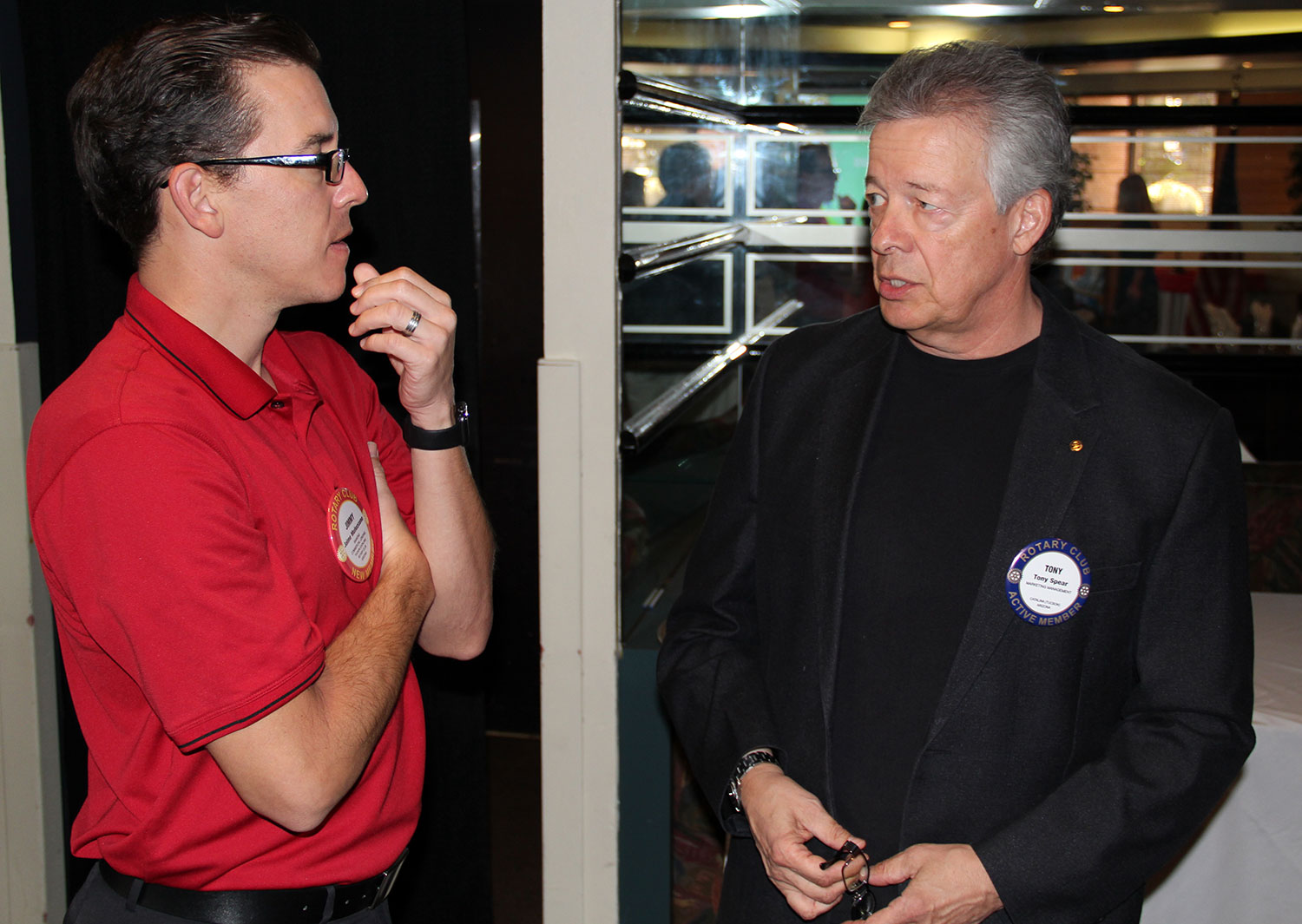 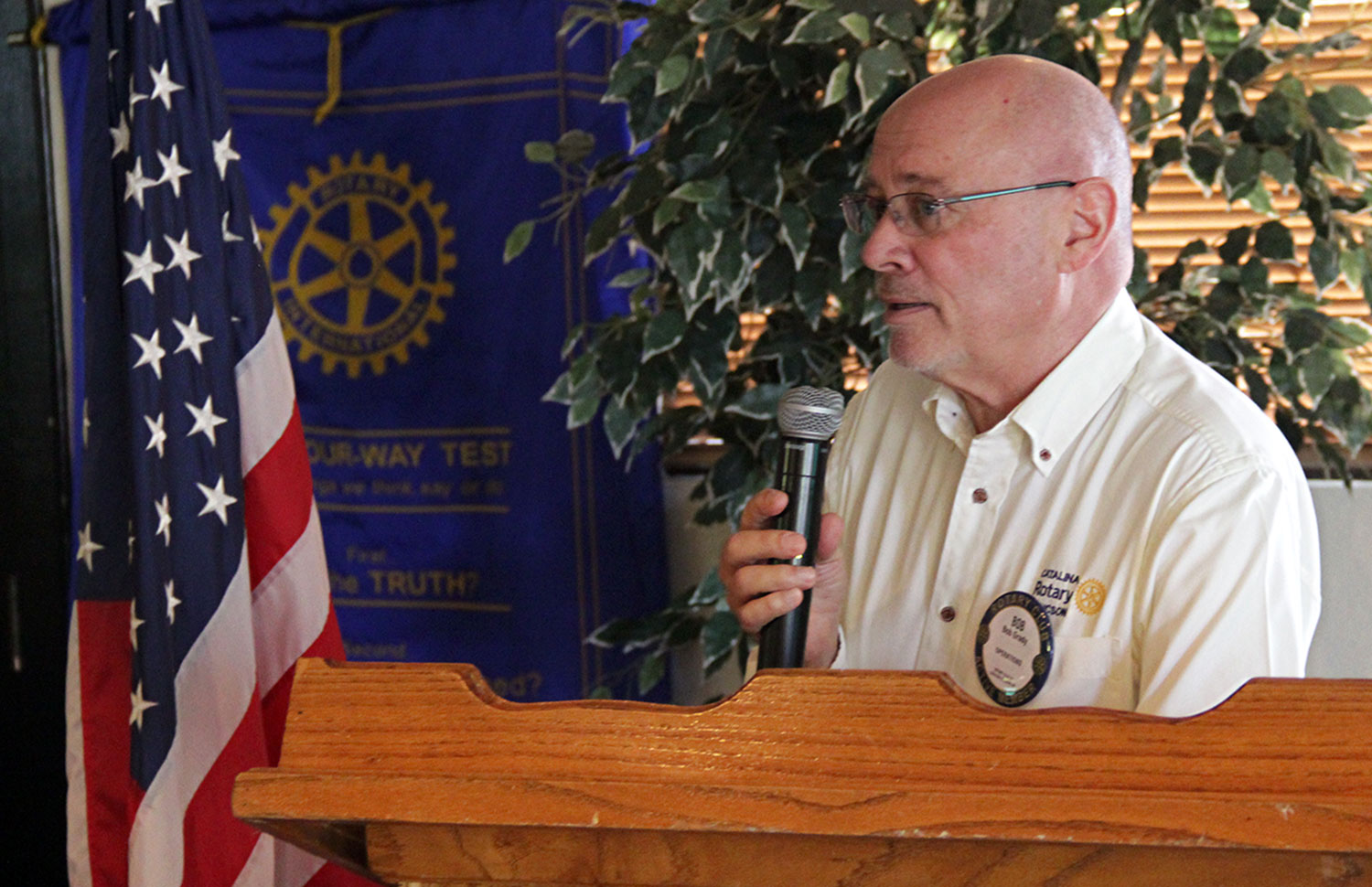 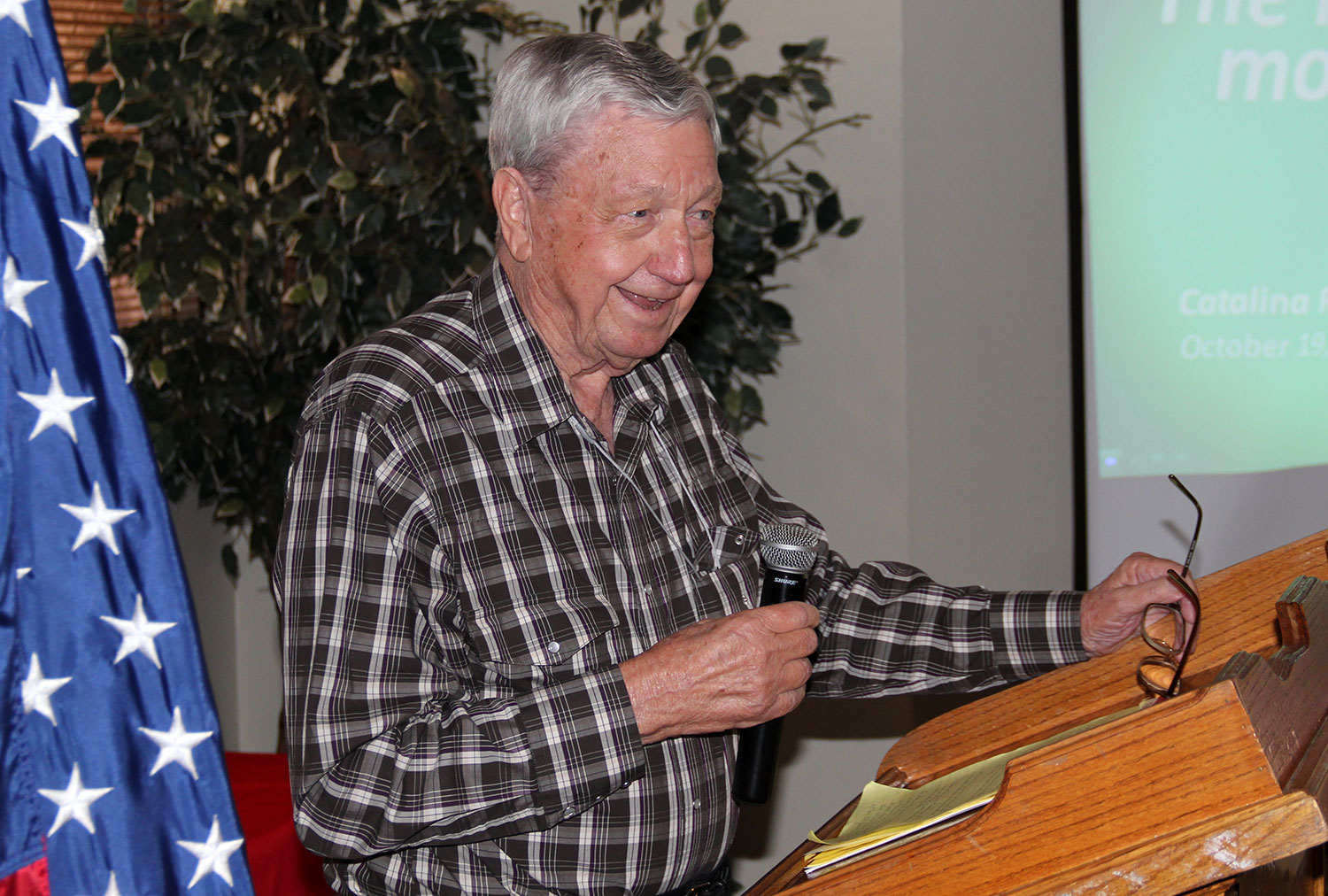 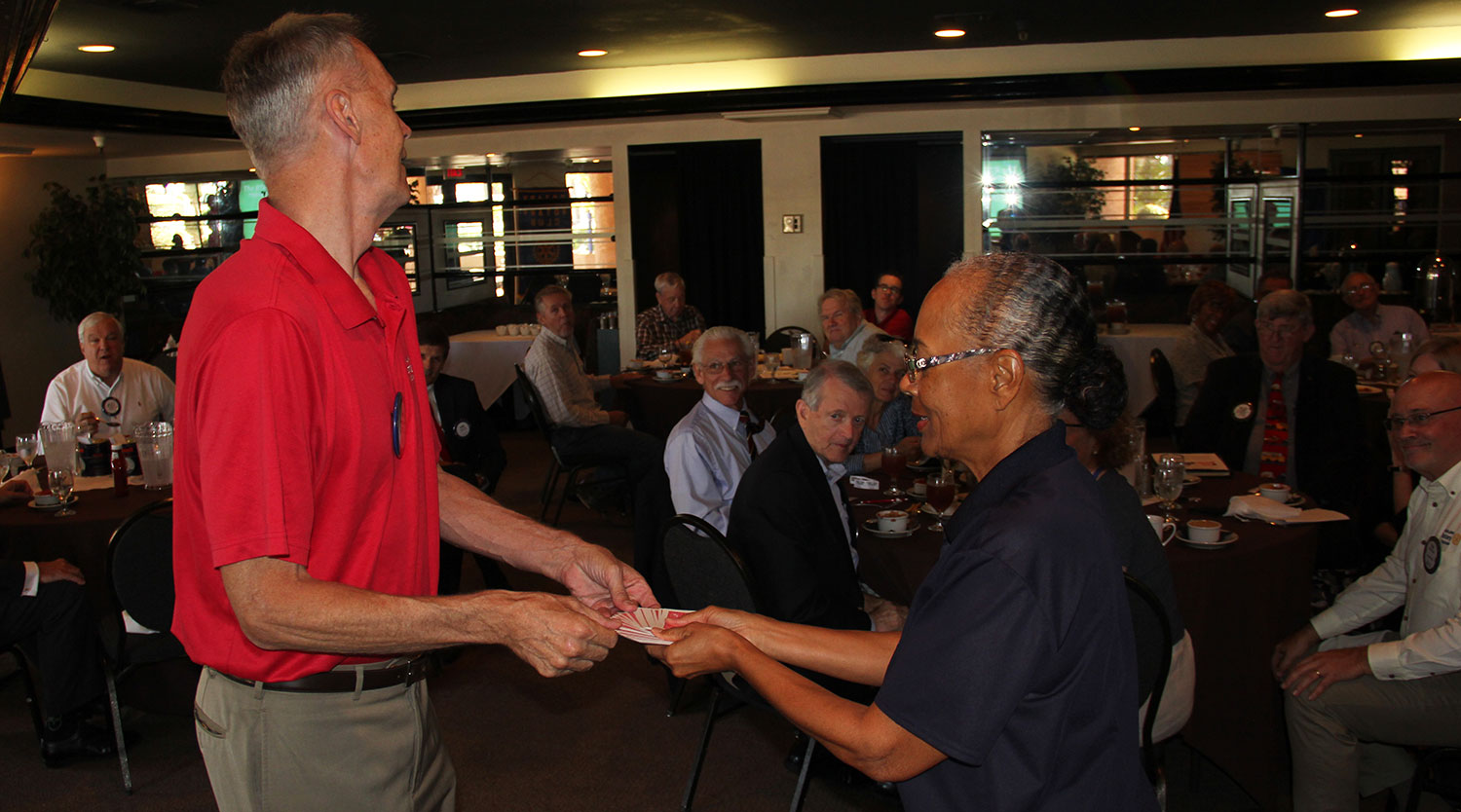 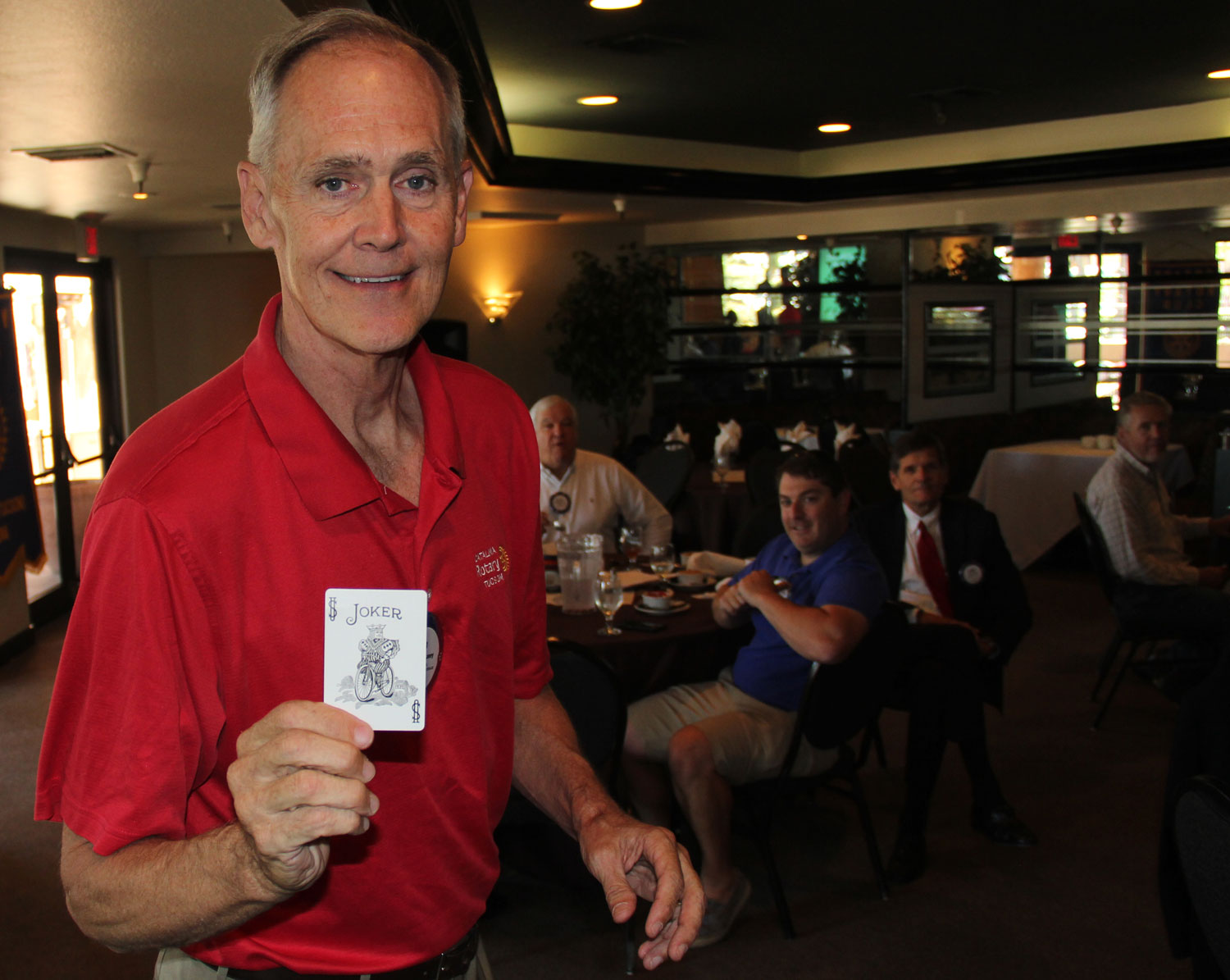 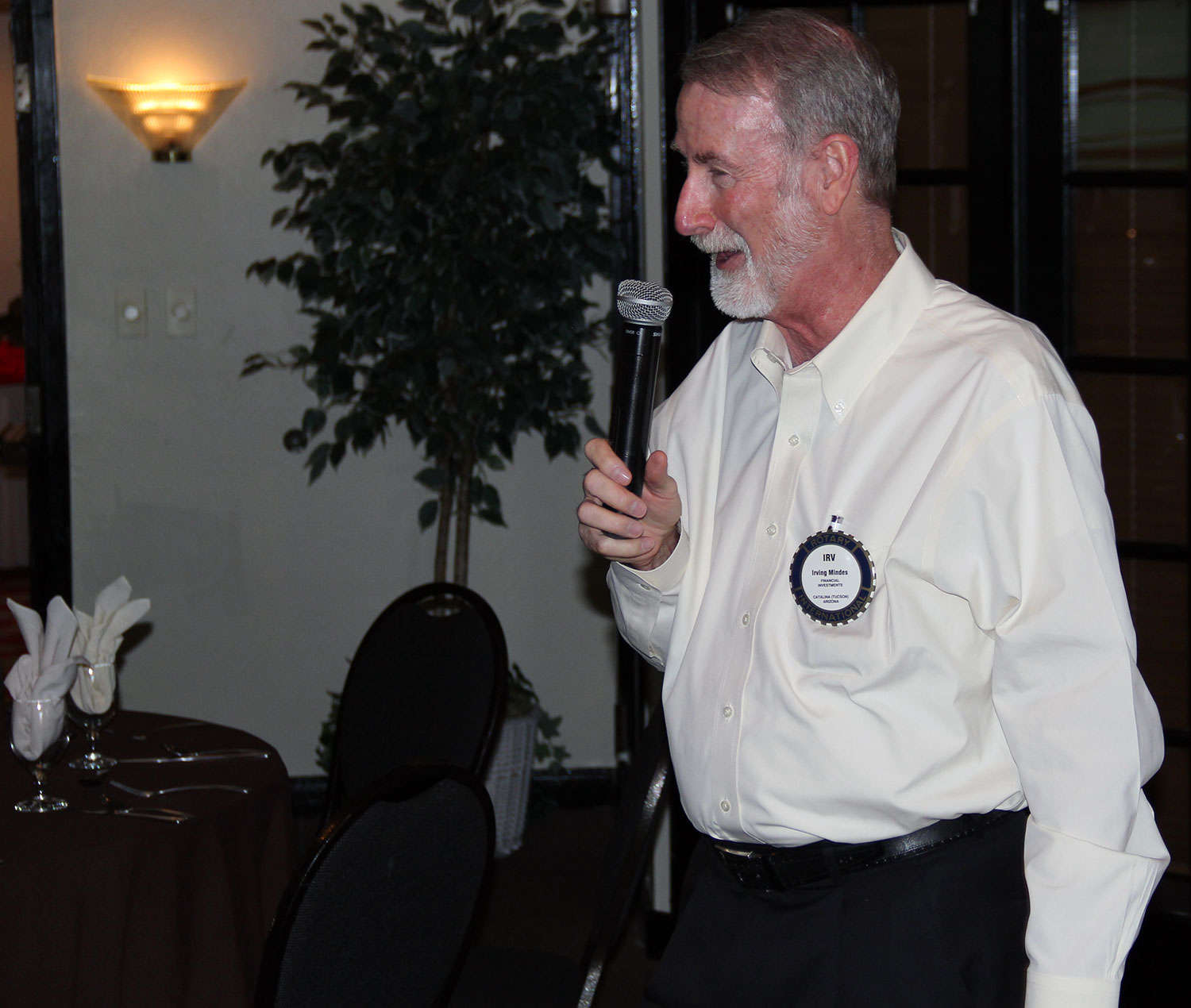 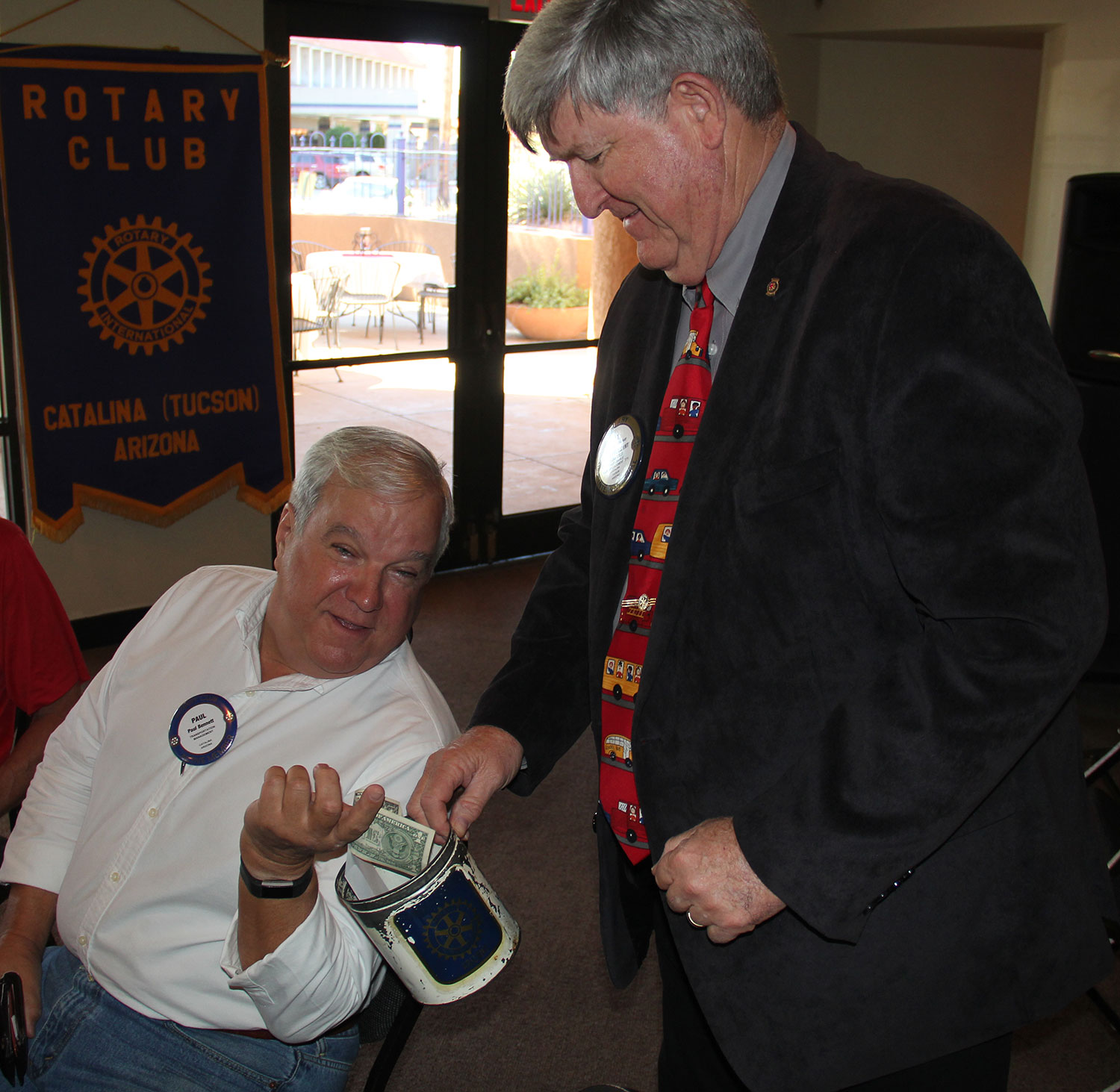 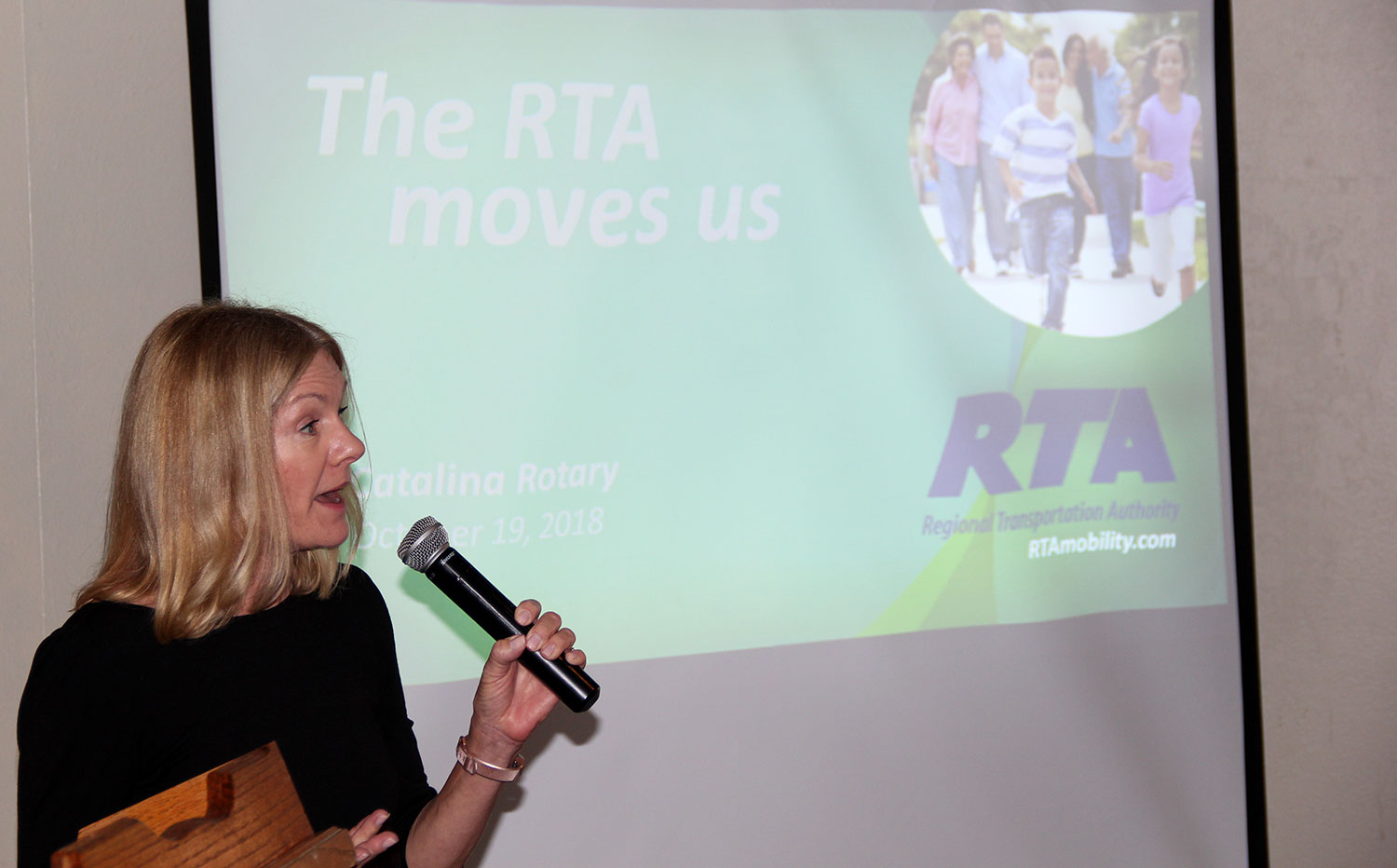